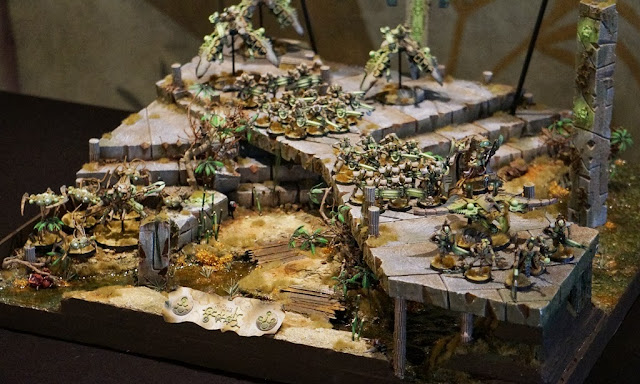 Armies on Parade.. another side of the hobby that takes just as much or more than the effort needed in the Golden Demons.

I have seen a lot of these while travelling to Brussels, UK, Germany stores in the past couple of years. I am always amazed at the level of details that one puts in these projects. No small feat at all in order to pull off a great display!

Some of my favorites this year include: 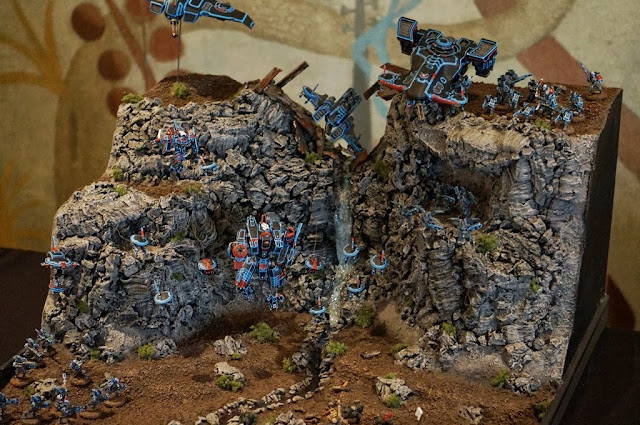 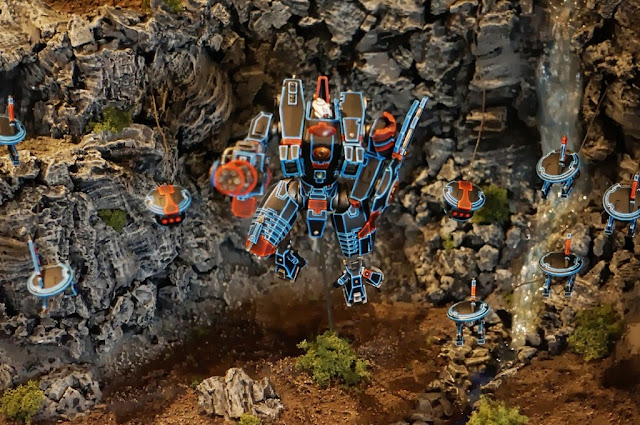 Tron Tau.. the rocks themselves are not great (over drybrushed) but the work on the lines of the units and the waterfall were beautiful. After painting a Tau army a while back, I can appreciate the hard work in doing the lines as well as he did here! 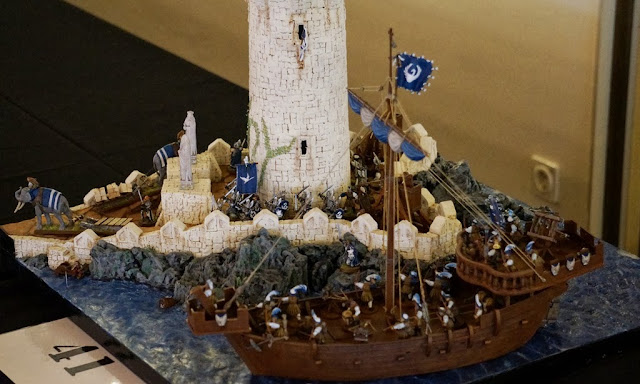 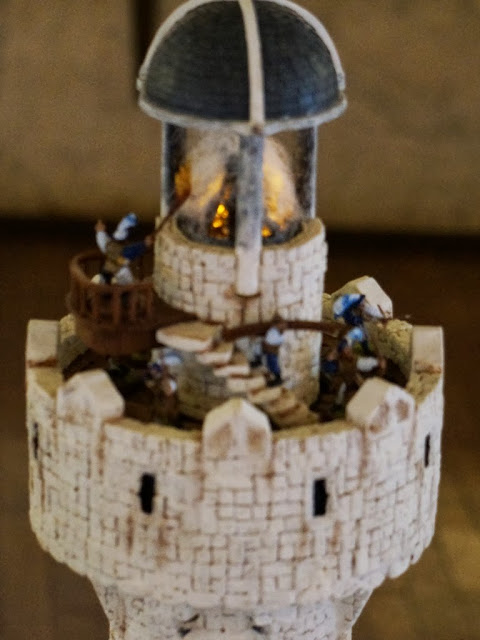 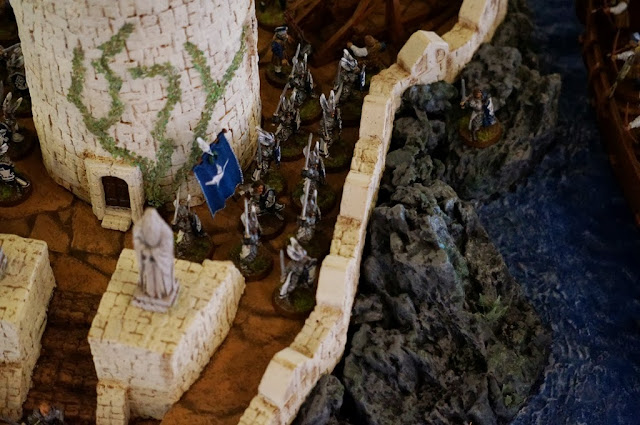 This was pretty cool also. With the lighthouse and the shoreline to help protect against invaders. What really did it for me though was the lighthouse itself. I want to say it was motion activated, cause it was not lit or doing anything until I got up close to it. Then the guy with the torch, turns towards the firewood, and the light turns on! Was shocked, and it took me by surprise while taking the photo ( hence the blurryness! ). 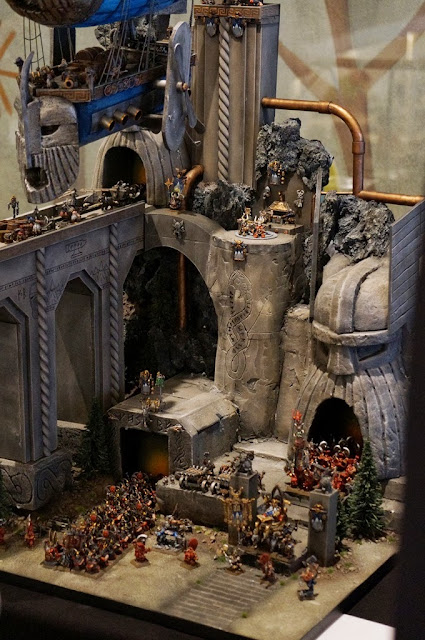 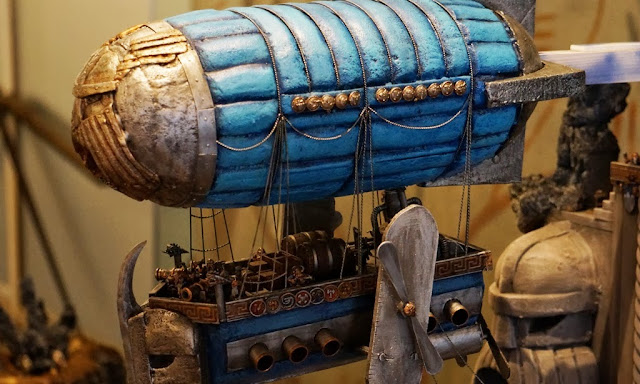 This was pretty cool also, but only cause I could see my greenskins taking it over and looting everything inside! That and a good buddy of mine ( you might know him as BuRock from the Garganthar blog ) likes Dwarfs for some reason. So figured he might like this one also, especially the massive blimp! 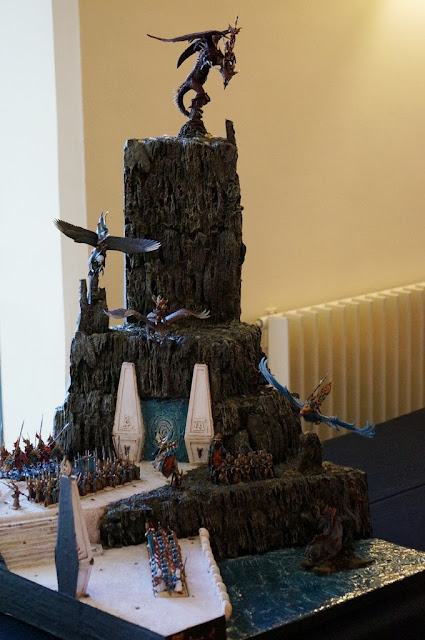 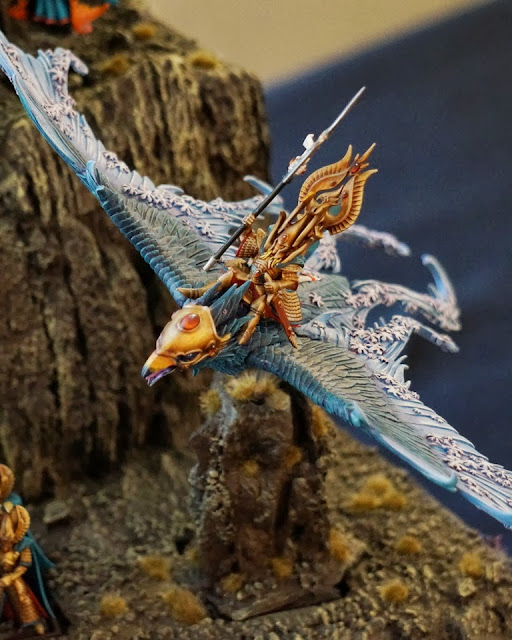 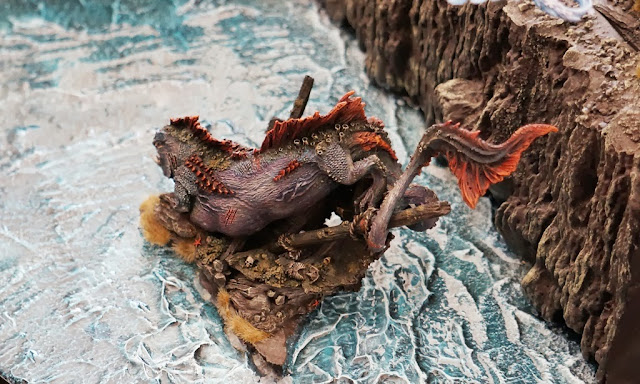 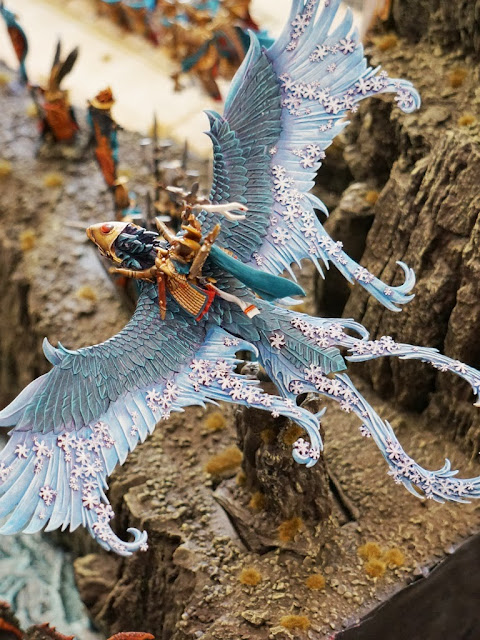 This High Elf one was also really well done. I loved the work they did on the new flyers, and the monster lurking below in the waters. Not too sure on the dragon at the top though. It felt a bit forced into the scene though. 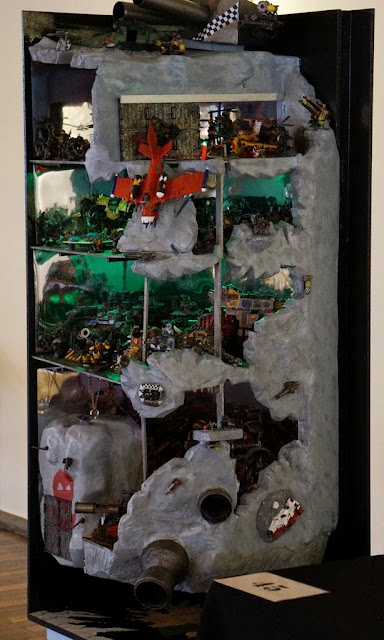 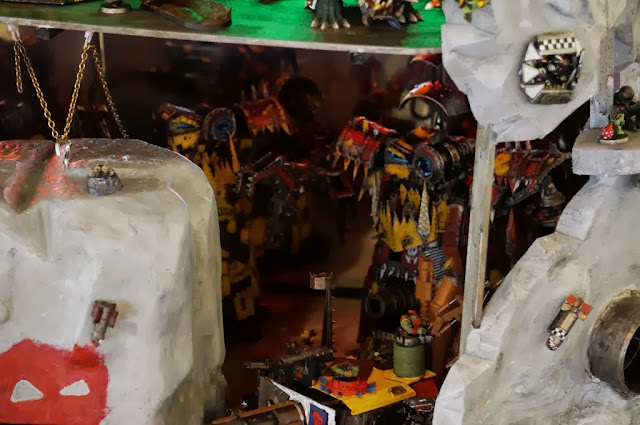 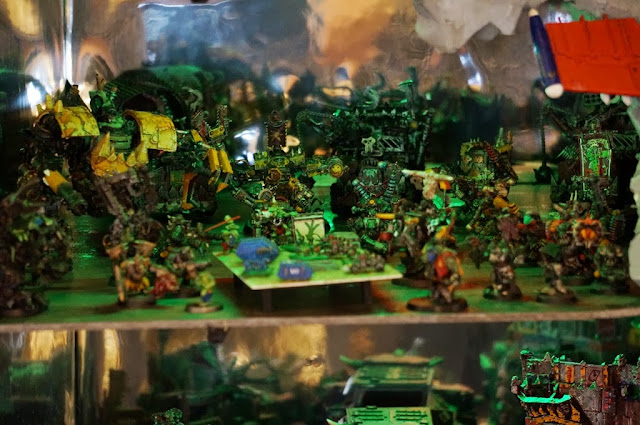 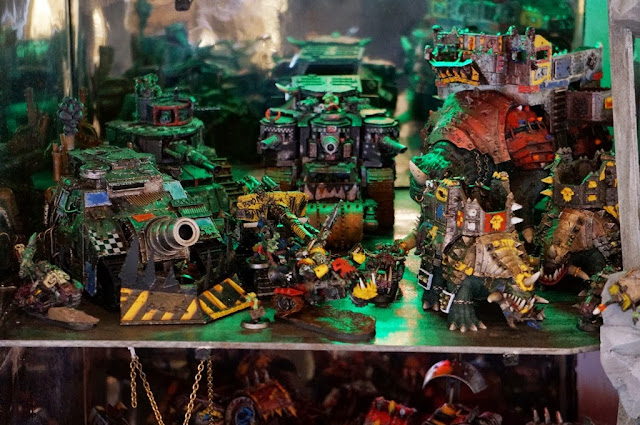 This one was absolutely massive! My son could probably hide inside of it if you took out the army and the shelves. I like how each floor had its purpose.. like the Apoc floor.. the FW floor.. the Big Lads floor.. the hanger deck for flyers.. very cool.. just curious on how he transported it all though! 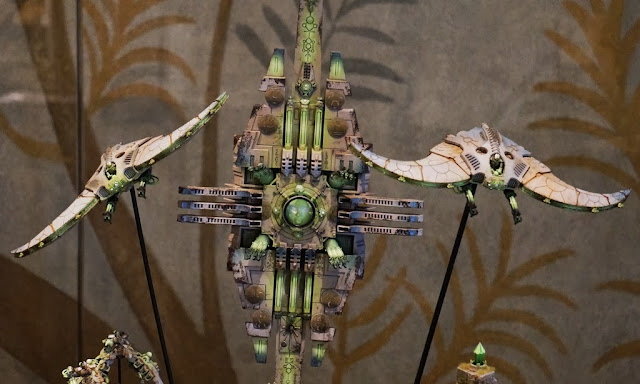 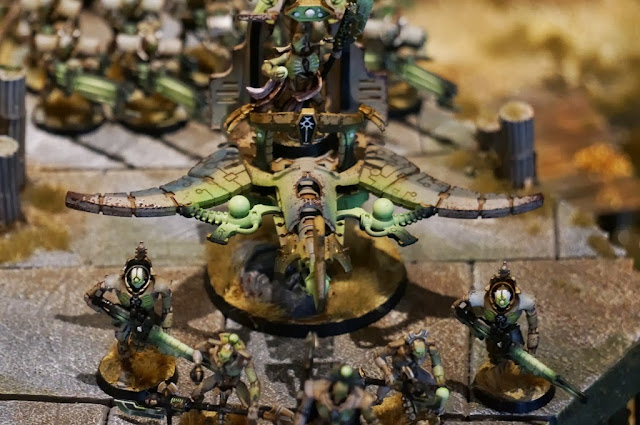 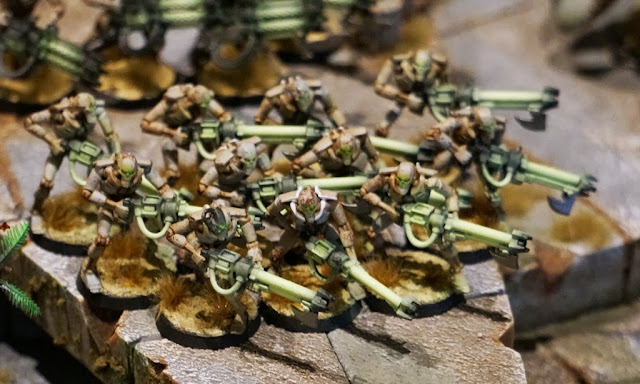 And of course the entry that took gold over all! I had watched the construction of this over at 5th Dimension blog from the owner Simon. It was quite the sight to see, and there were a lot of pieces in it that just made you go WOW.. The best parts of it of course being the conversion aspects throughout, and the fact that it looks like a force that has climbed out of the swamps and ruins of some long forgotten planet. Wish I had more time to chat with Simon on this entry, though he was able to provide me some insight on my Duel entry. Gave me some thoughts on what to try out in the future.

There are more of course out there for photos.. you can check my Picasa folder for more shots of the other entries..


Hope you enjoyed it, and remember to check my other posts concerning Germany GD from this week: