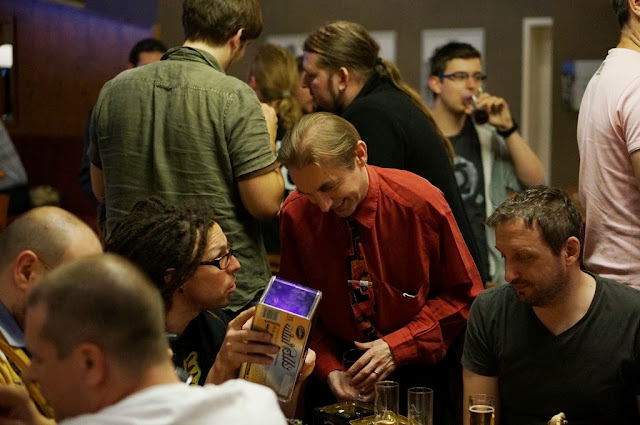 What makes an event great? Food? Prizes? Content? Maybe all of those.. but honestly for me it was the people. For the most part, it has always been the people at an event that has made me want to go back or not. I have been to enough events in the last few years to know what constitutes a good one looks like and what a poor one can be looking like. And every time it is based on the people there that make or break the event.

This event was no different. Although it was all about the Golden Demon and seeing the models, it was the people at the event that made you feel like you belonged or not. And even with my heavy Canadian accent ( or so I was told ) they took me in as one of their own.. along with about 50 other people! 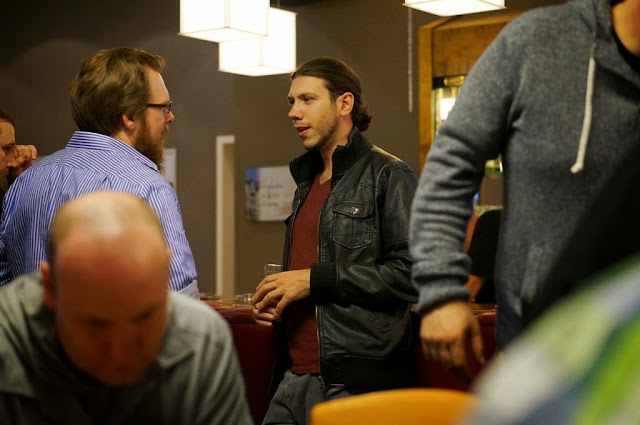 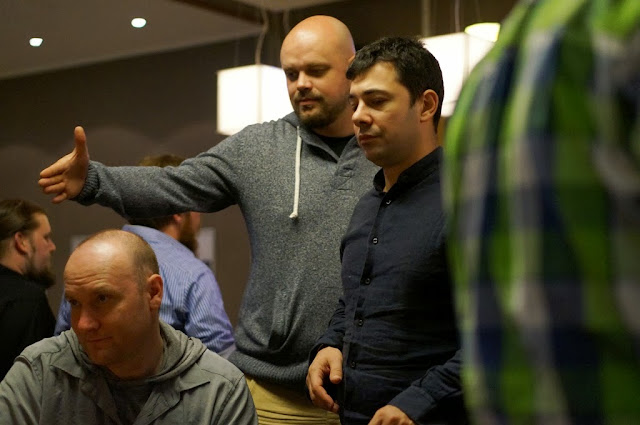 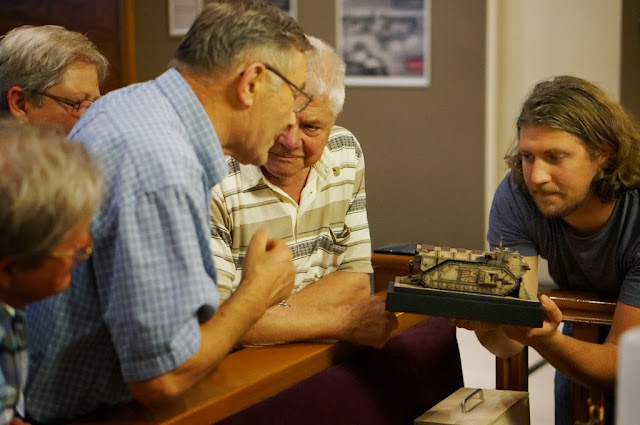 Heck even while we were at the hotel bar, there were other couples staying at the hotel trying to enjoy a drink or 4.. and were very curious what all this was about. So you can see above how we rallied up and explained, showed and answered questions concerning why we were all here looking at what probably seemed like action figures or toys to them. 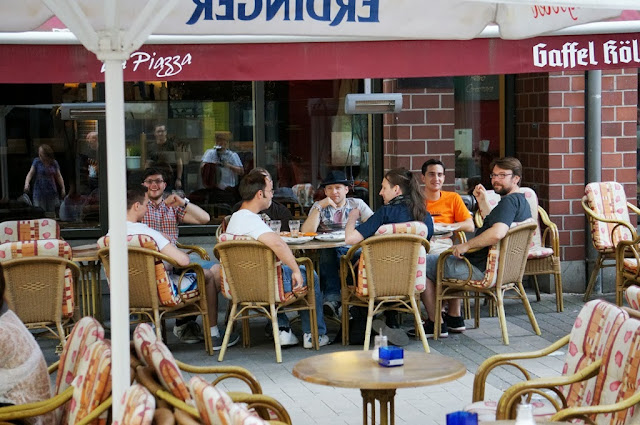 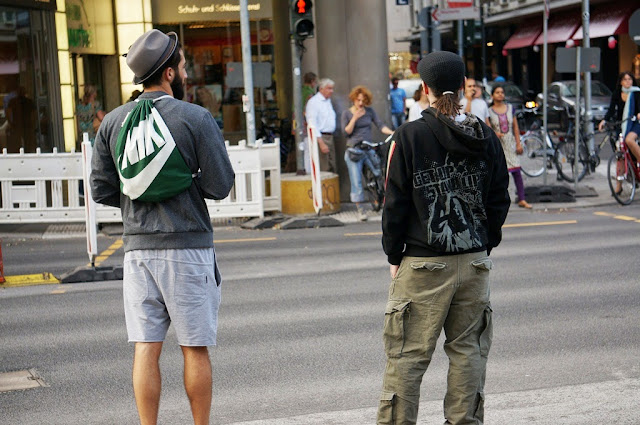 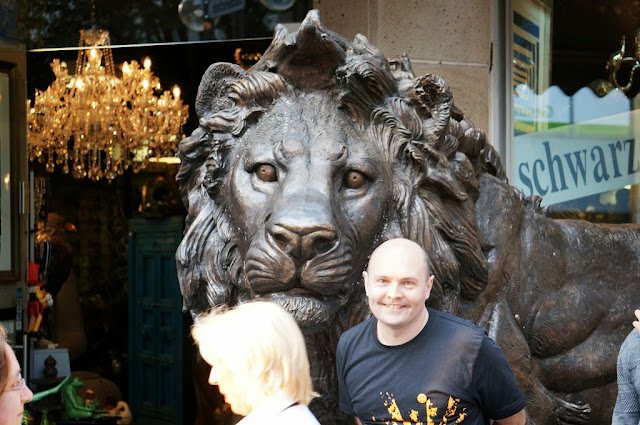 Some of the people had their own little groups that they met up with. Being from different international painting groups or blogs. Others were just chill and checking out everything around them. Others tried to imitate lions.. no judging.. just everyone doing their own thing. :) 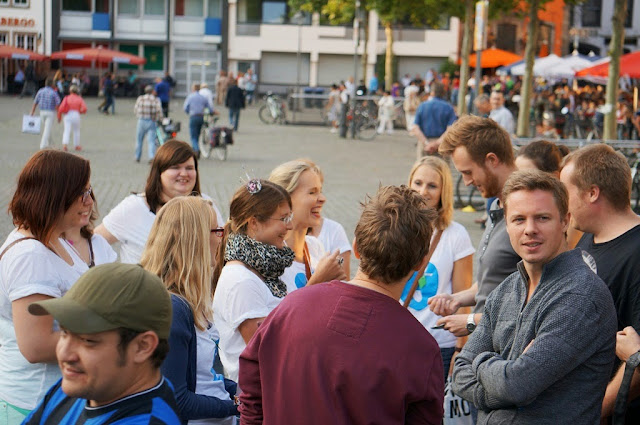 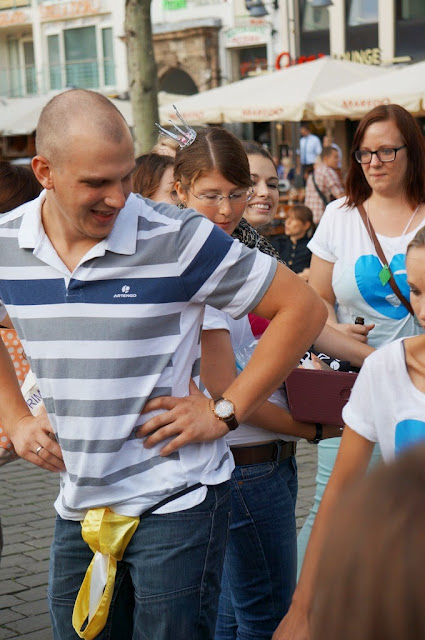 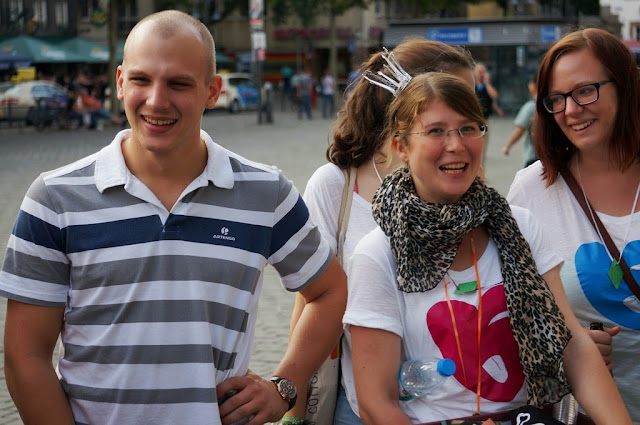 Heck.. some even helped out a local Hen party with their activities.. buying up shots, redbull, or in the case of this spirited young painter.. a yellow thong which he then wore to the great amusement of everyone else in our group ( and the Hen participants and tourists and well.. anyone without hearing/visual range! ).

What is funny.. is all of this so far was the night BEFORE the event.. and was just with a group of people who had communicated beforehand to meet up and chat before the real event even kicks off! And this was due to it being a truly international event with representatives from Germany, Denmark, Italy, France, Spain, Russia, UK, Canada/Turkey ( guess who that great guy was ;) ), and probably more that I was not aware of! 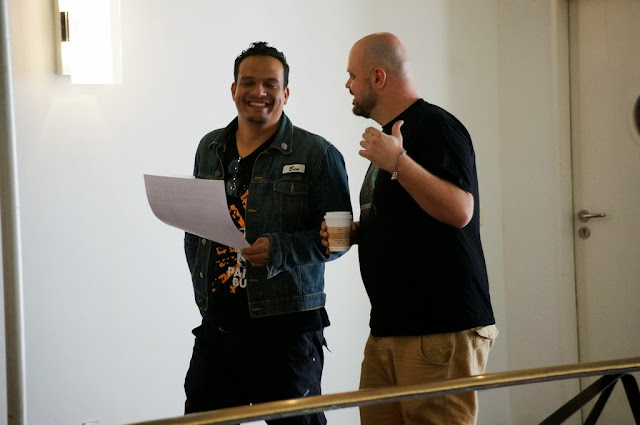 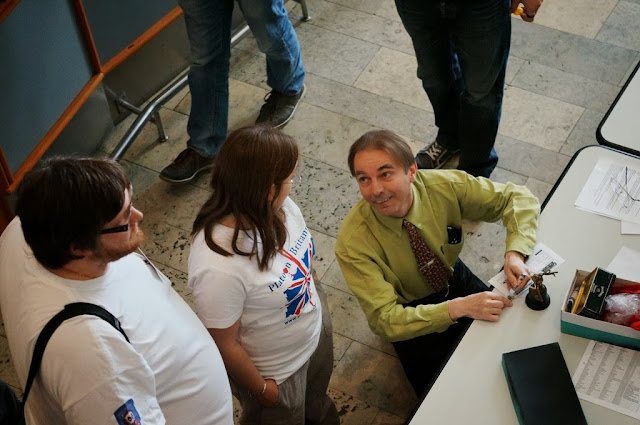 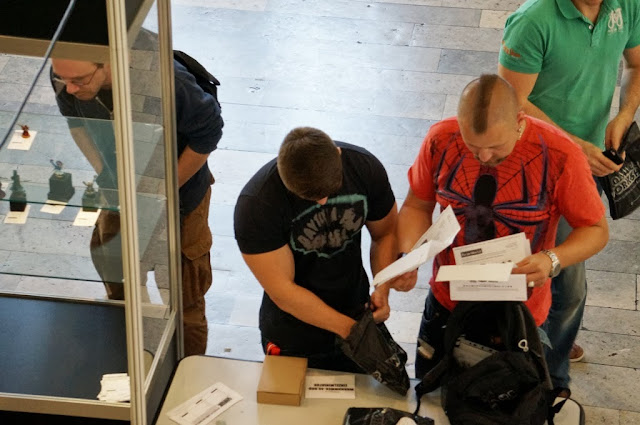 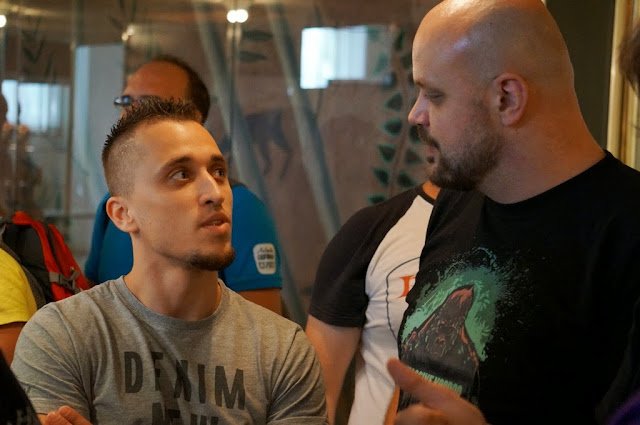 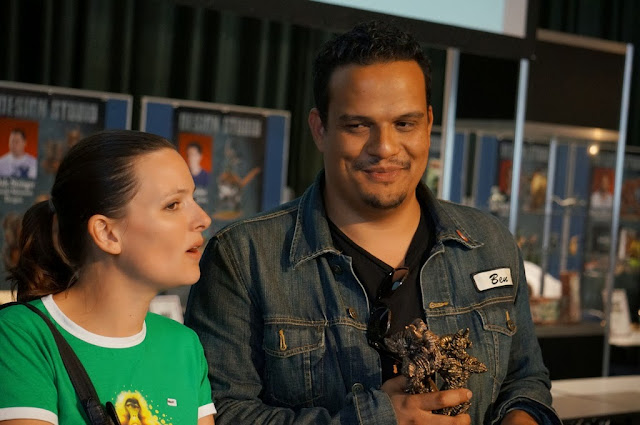 During the event you saw some of the bigger names in the industry having conversations. I can only assume most were catching up and discussing their projects. But probably most were just catching up since they may only speak via email or FB and having the ability to meet up face to face is just too good an opportunity to pass up.

You also then had some giving out some painting demonstrations or workshops. I already covered Roman's but many others also provided some tips to those willing to listen. 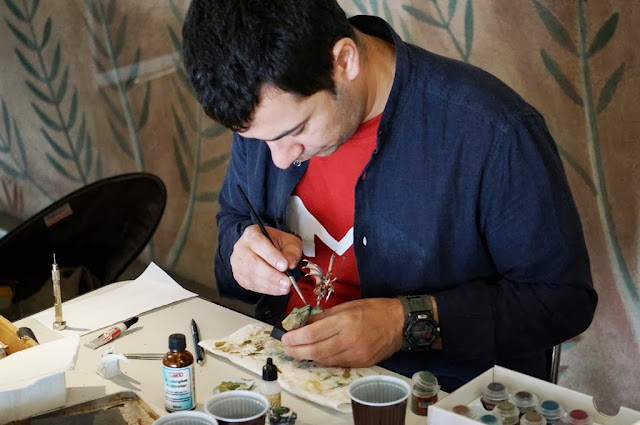 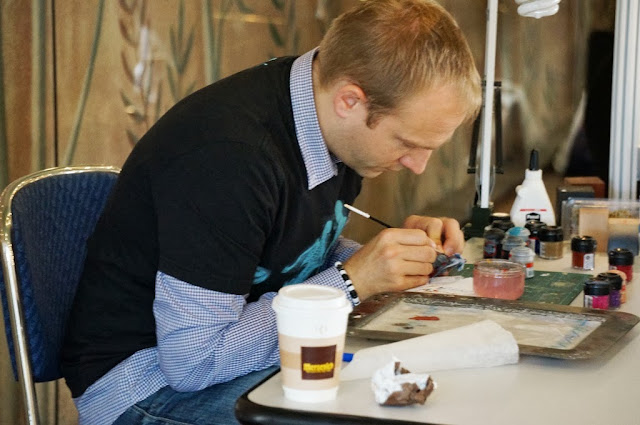 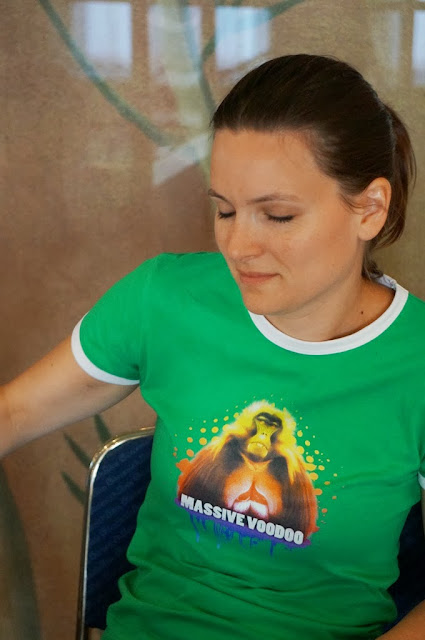 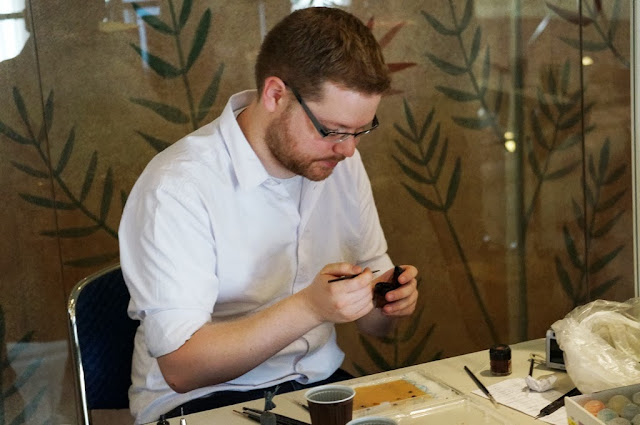 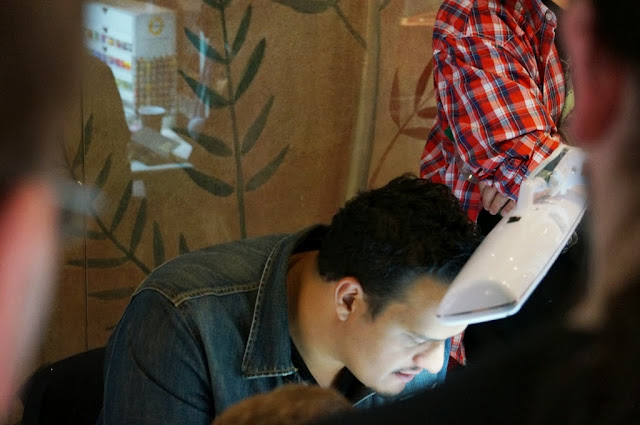 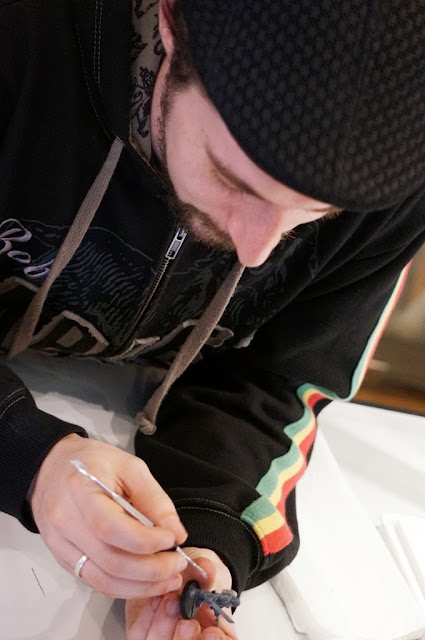 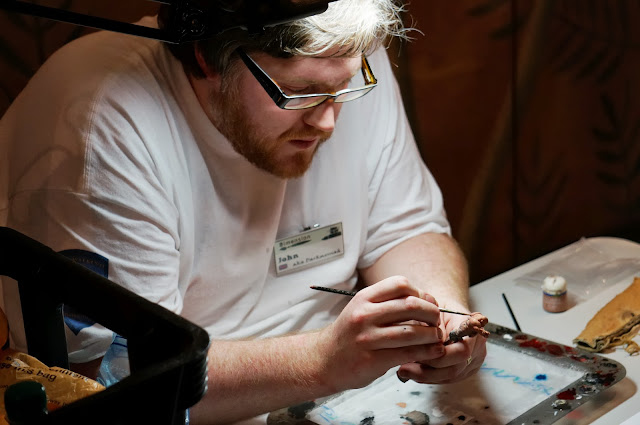 The only one that didn't have time to provide such a demo was the head judge, Raffa! He was too busy discussing, looking, evaluating, dealing with, and surviving I think at one point to make the decisions for the awards! Considering that this was one of the highest quality GDs that Germany has seen in a while due to all the participants showing up, it was a really difficult job for Raffa to get through! 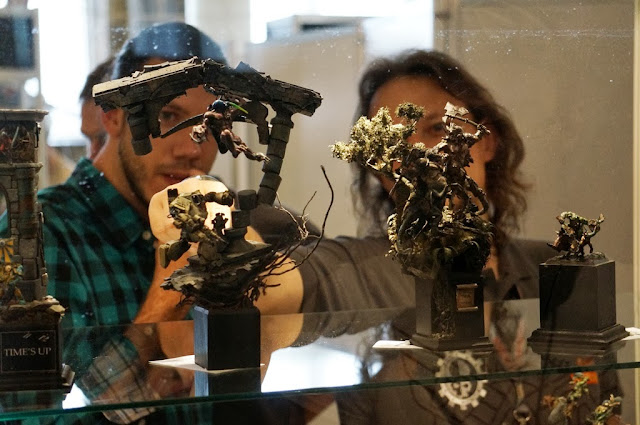 So again.. I have to say this was a great event and again it is because of the people. Though I guess if I won the sword I would have people trying to hug me like the below photo instead of just staring at them like a slack jaw'd Canadian.. 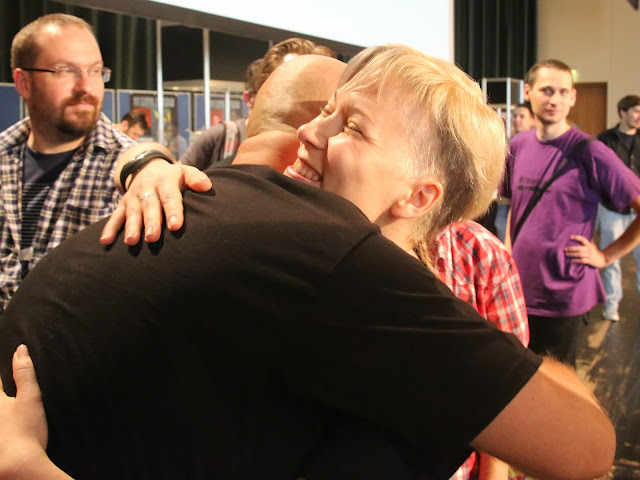 Cannot wait until the next event, and to see everyone again! More so now that I know more of them both in person, and from their Forum nicknames. So the conversations will be a bit more in depth and focused I hope!

Photo albums pulled from for these and more photos of the event people..