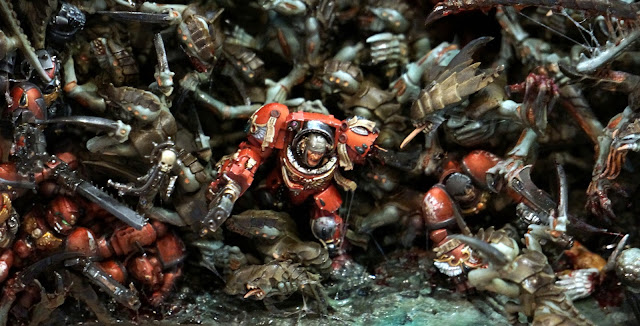 ALL YOUR BASE ARE BELONG TO US!

And if Tyranids could speak, that is probably what they would say when looking at this massive Diorama from Massive Voodoo founder Roman Lappat!

This epic diorama not only picked up Gold in its category, but also picked up the Slayer Sword at this years Golden Demon Germany

I was really lucky to be able to take photos of it right as Roman was entering it into the competition. So was able to get some shots of the diorama without the massive glare that came from the horribly lit cabinets that housed it for the remainder of the show. 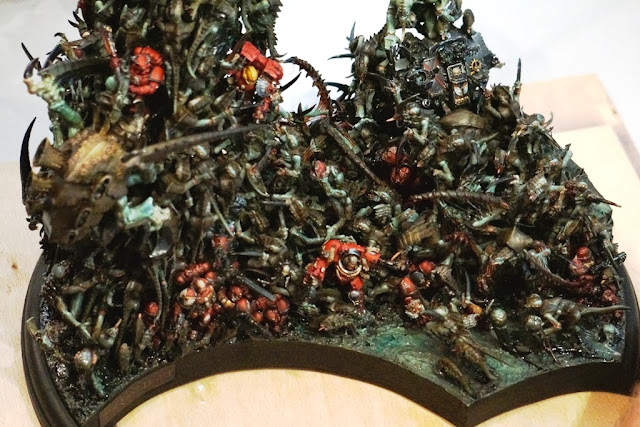 Quite the scene here with everything just being torn to shreds! 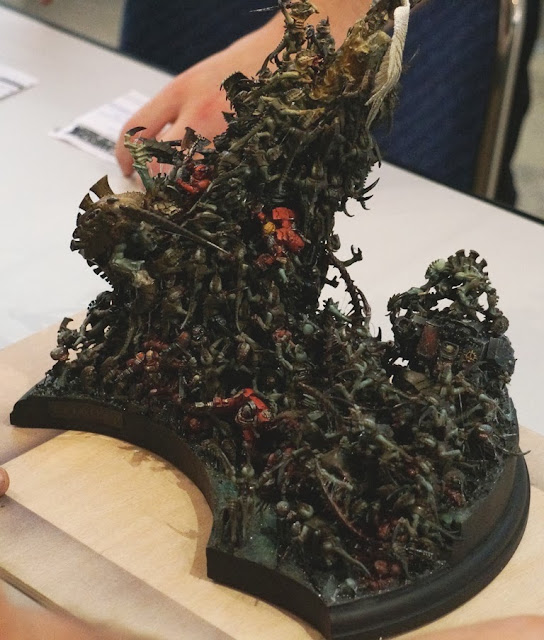 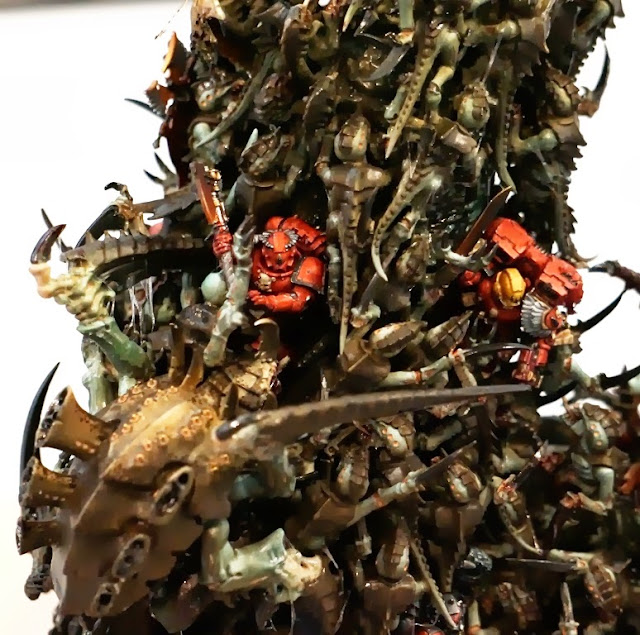 But winning with it was not enough. The organizers of this years event also asked Roman to do a presentation. With this in mind, he began to create one based on the making of this monstrosity. And at 10 am, when most were still entering the event, Roman was explaining his thought process on how to build such an epic diorama. What comes with tackling such a task, and what sacrifices were made to get it done on time.

You can read some of his initial thought dump here at his blog - Massive Voodoo!

I was able to record the presentation as well, though the room was quite dark the audio came out quite well! Only problem will be that it is in German, but maybe when I meet up with Roman in September we might be able to fix that. Who knows, maybe Roman will release it later on after we meet up in September! Maybe even with an English dub over top to explain what is happening past just the images.

Speaking of images from his slide show, although not the best they still show a bit of his process as he went through the creation of this monster! 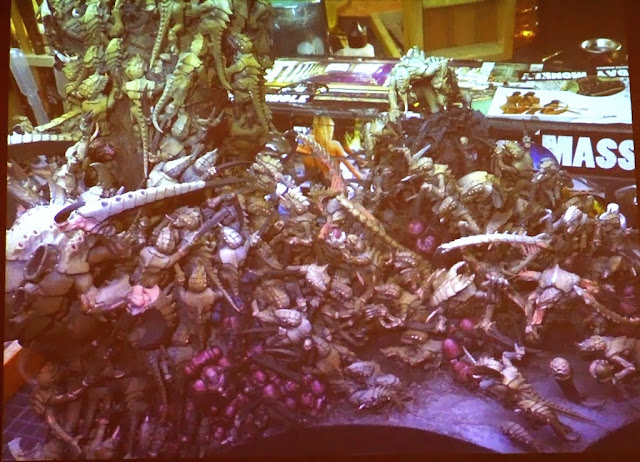 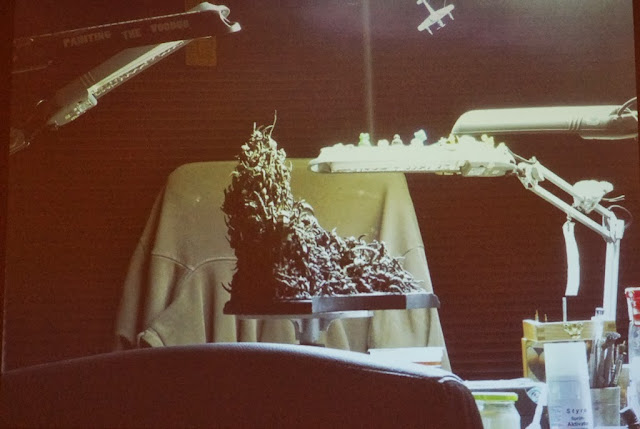 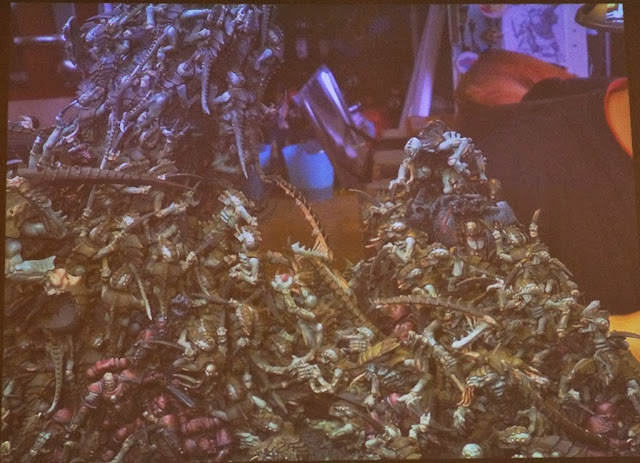 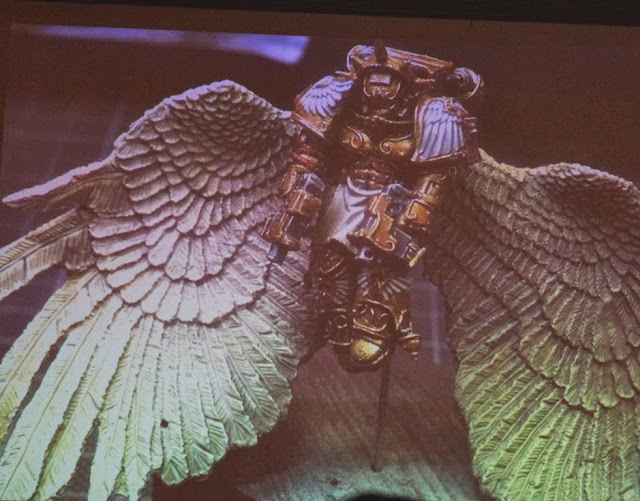 A somewhat decent shot of the "angel" that stands atop the last pillar of defense against this horde. Even with the shot of it from the projector, you can see still the details, and effects he was putting into the model. Quite intense! 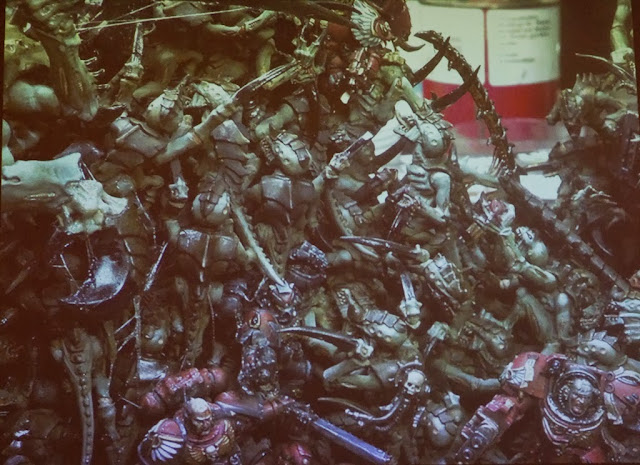 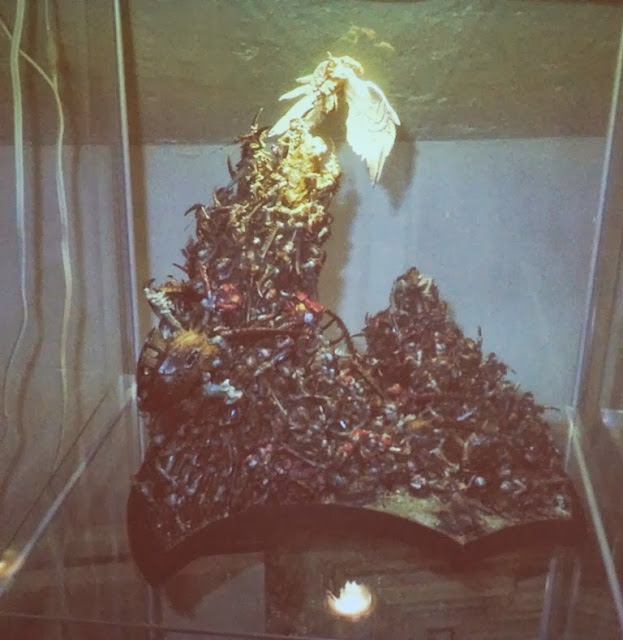 Ignore the coloring of the photos. With the projector's refresh rate being so low, my camera was picking up all the color variations as it was being shot. So some were more purple, blue, red, etc depending on the time of shooting.

You can see the huge mass of Tyranids were actually put to the base before painting, along with some of their blood angel victims! What is really crazy about this project was that only 10 models were painted off the base out of the 127 used! That means that for all the details and small pieces that he painted he had to do it as a whole piece. Changing up his style of tackling this diorama, just to ensure that consistency, and fluidity of the piece kept its shape.

What helped Roman keep track of this was his WIP notes throughout the project. Marking down the points that he has completed, what is left to be done, and moving along at this style. Without this, it would be easy to forget a piece or not complete sections. Careful planning throughout was definitely required here! This is something that I think could be helpful for all levels of projects. As it gives you some structure with regards to how and why you will tackle the piece. And then creating subsequent lists as you progress along. I know it probably would help me on some of my pieces, so will look to start this myself in the near/mid future.

I really cannot wait to see this in person ( which I hope happens in September! ) or at the very least have a more in depth chat with Roman in September on his thoughts, emotions and pain that he went through to create such a piece. While chatting with him, I hope to go through the presentation once more, but in English. To better understand some of his thoughts and his styling. As much as I could understand his passion as he described it with his hand movements during his presentation, I think the words will make it have more of an  impact ;)

Once again, Thanks to Roman for building this, yes, but more to share back with the community of this piece and his process of creating it! 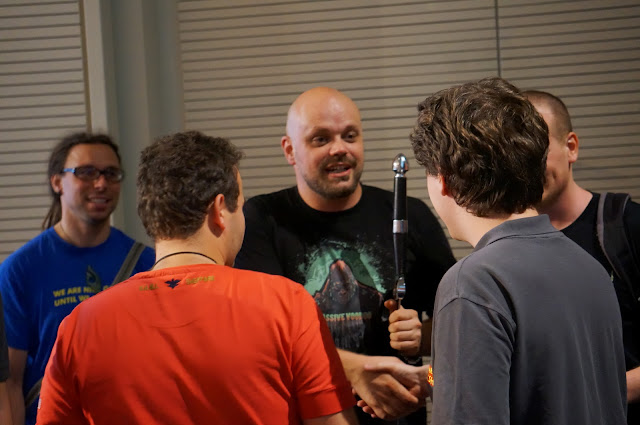 And a final shot of the man himself once more. Just post winning the Slayer Sword and being literally swarmed by his fellow painters, his congratulatory crew, and his fans.

But the question remains.. how to outdo it for next year?