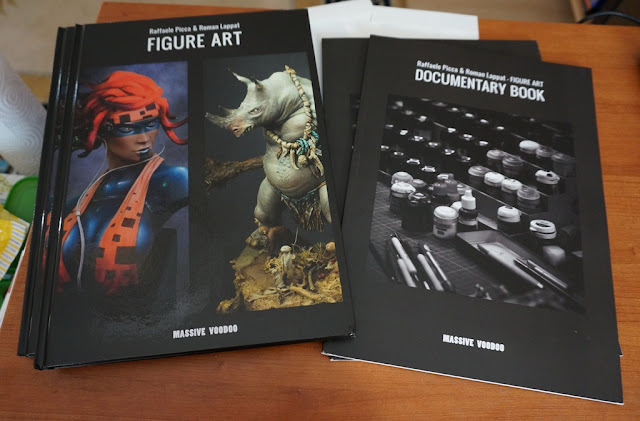 Ok so I received this a while back, and am very very happy with the end result here! As you can see, I picked up the Monkey Circus Trainer perk which gave me 2 of the books and 2 of all the extras also! Why 2? Why not is my reply ;)

So yeah, I have them now. How are they though? I mean this project was one that was estimated to be delivered in November 2012, and I received it in July 2013 instead. A little off I would say. But in all honesty, knowing the guys behind this project now, they learned a lot from this project and I suspect in the future if/when they attempt this again it will be a lot smoother having learned from their mistakes.

The main reason for the delays though? The unexpected and overwhelming support from the community. I mean this project was originally slated to receive only $2,500... but instead it received almost $33,000! So when you consider that they had hoped to only make around 70 books they ended up providing closer to 900 or so.. not to include the new documentary book they created due to the level of support provided! So that takes the total up to around 1800 or so if my math is correct ( not to mention the higher or lower perks.. this was just pure Book reward levels! ). Amazing!

But what about the final result? 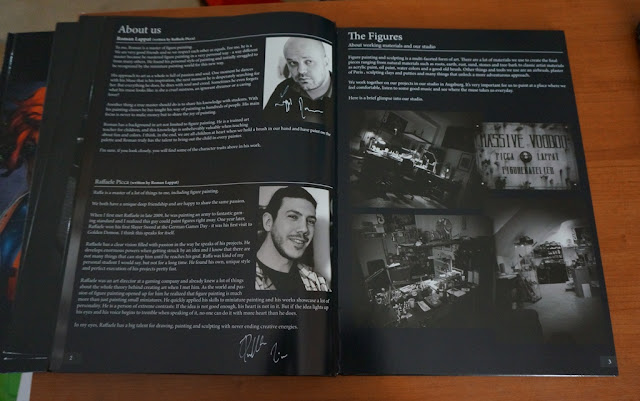 After all that hard work, delays, critiques from the backers, and internal stress that they must have felt from this project.. how are the books?!?!?

In a word.. perfect. Hard covered, with magazine paper, and high quality photos throughout. This is definitely a book to have if you are liking miniatures, like to paint miniatures, or want inspiration for working with or designing miniatures. And you can tell just by going through it that they put a lot of heart, soul, blood and tears into this project to make it a reality and to give it the BAM effect that they are all too well known for. 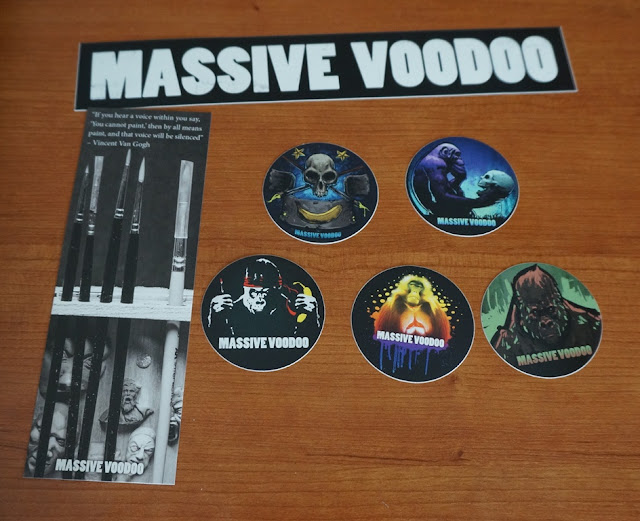 I really like the extras that came with it also. A bunch of stickers ( some of which I got early at my last workshop! ) and a bookmark ( which I found strange but cool at the same time! ).

It is currently sitting on my shelf to keep away from my son's messy little hands, but well within reach for what I need a boost of inspiration or have a few moments to just check out the photos once more.

Cannot say enough how I am really happy how the painting community is beginning to bring the art into this hobby. Having both this and Tuffskull's books on my shelf, I hope to see more artists in the industry produce such works to share with the wider community. Great stuff!

Will do a comparison between the books in the future, but for now if you are without a copy of this, and want to pick it up, you can do so from PK-Pro's website! Not sure on the quantity available so best to grab it while you can! In the meantime, I will go back and have more looks over the books, and see what else I might glean from their pages for future projects!