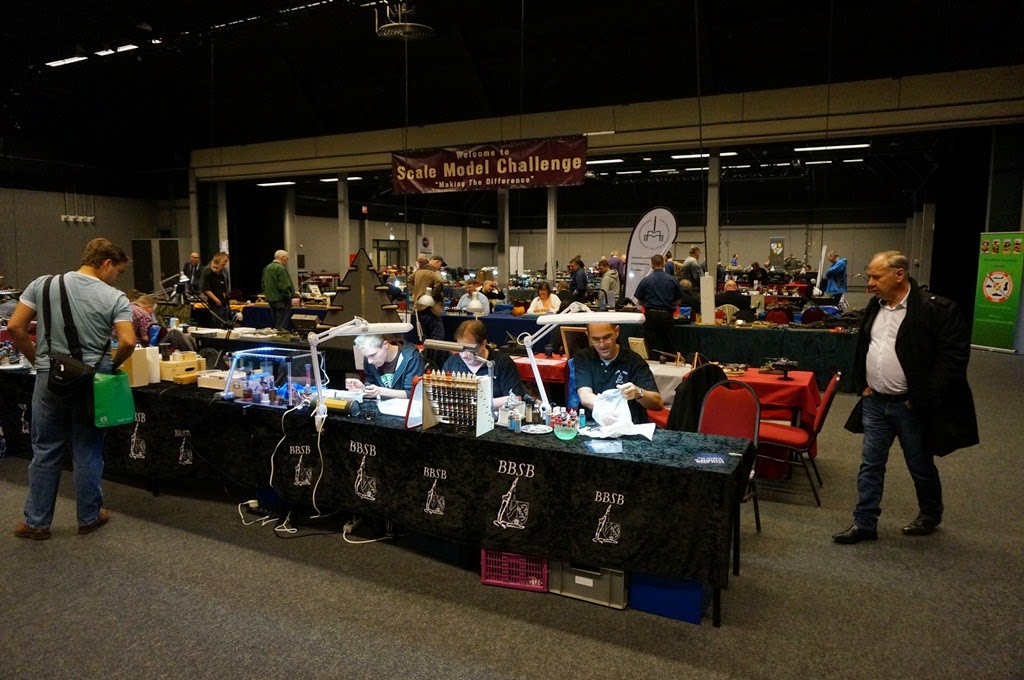 Huge. Not quite Salute huge, but definitely the largest space I have seen for a convention to date! Which admittedly is not much since I have only gone to conventions starting this year. But still it was pretty massive here.

With the entire hall taken up by multiple different aspects of the hobby. A section for clubs to set up and show off their pieces while talking with passer byers ( thanks to everyone who gave time to chat! ). A huge section for the traders to sell their goods. Some decent deals could be seen there, but since SMC is more about vehicles ( originally ) the traders followed suit there. So if you wanted to get a tank, you could. If you wanted the accessories for said tank, you could. If you wanted to make a completely custom built tank that was authentic to the nitty gritty aspects of it, you could but it would also cost you a small fortune! But it would be epic ;) 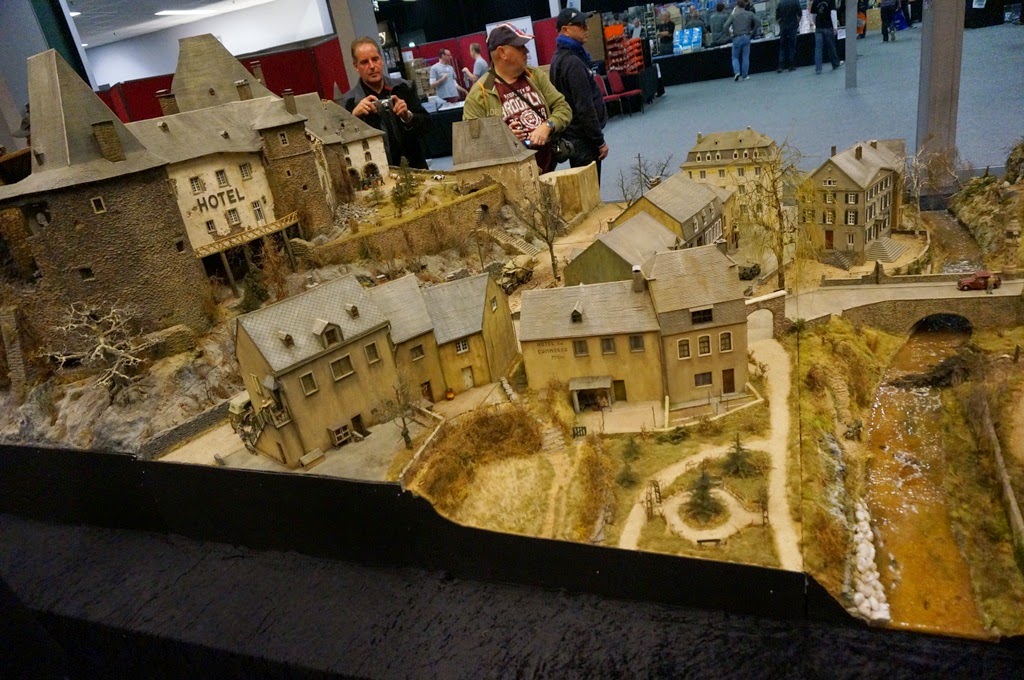 In the center of the event was a massive diorama of Clervaux ( Luxembourg ) castle. And I only know this information as I say this description on Corvus's blog as it seems he had a better discussion with the owner of it than I did. And apparently this was also the last show it would go to before going to a museum. Now that is quite the honor! Should have tried to find time to chat with the owner more on this... 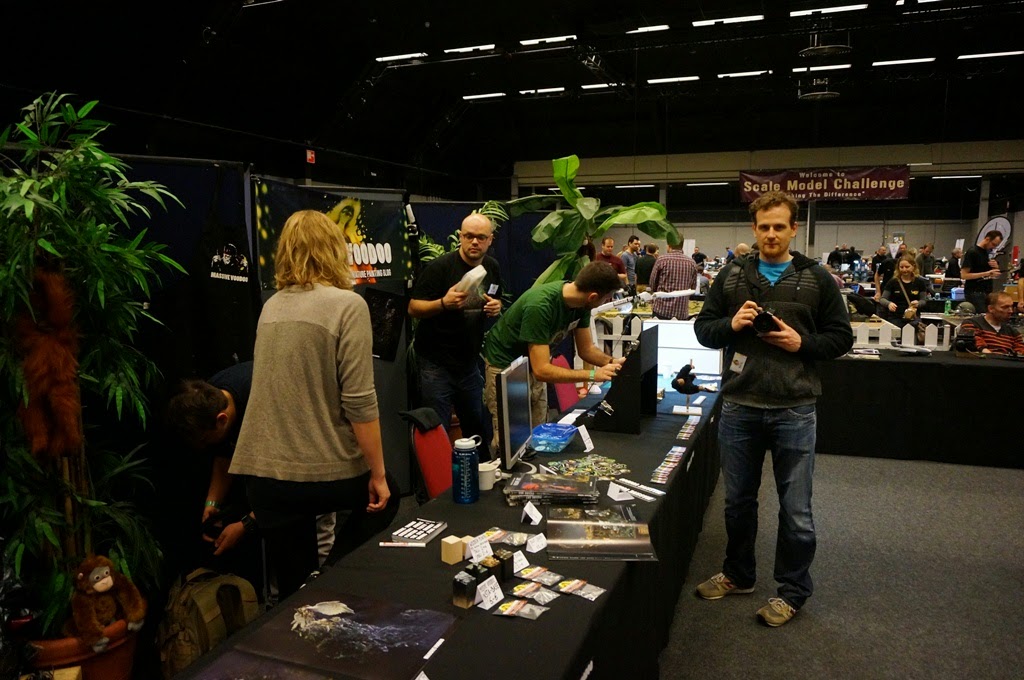 Massive Voodoo was there in force during the show. With a huge booth sitting almost square in the middle of everything! Quite impressive.. even if this guy was always hanging around.. Cool kid he be though.. so we will let it slide!

There were also things like remote control cars being shown off, race tracks for testing out your vehicles, a smaller race track for younger participants, and a painting section for kids. 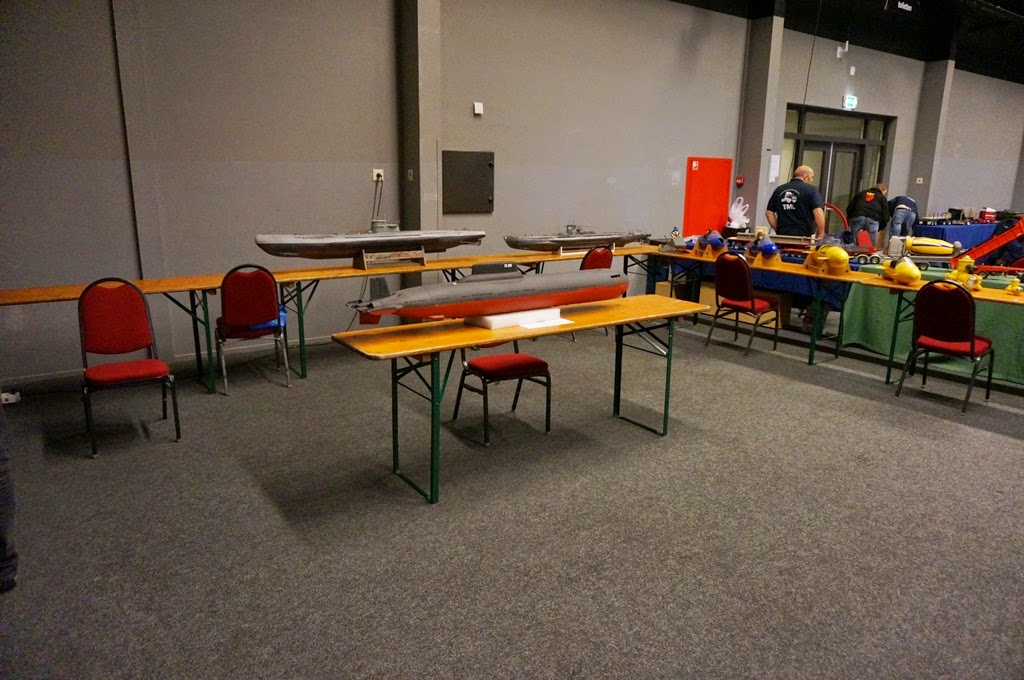 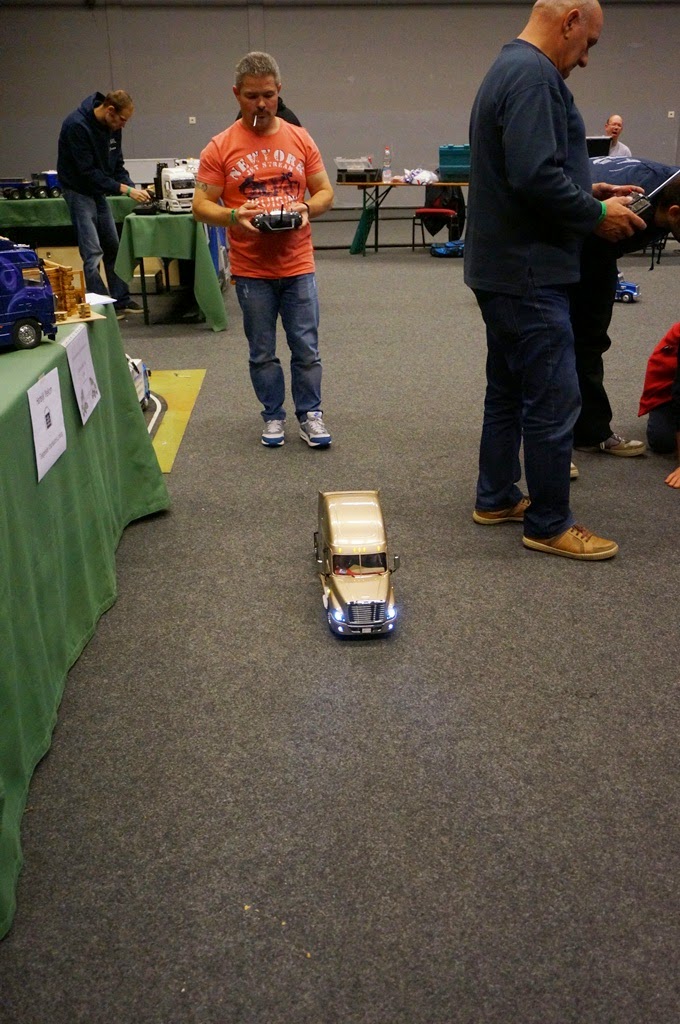 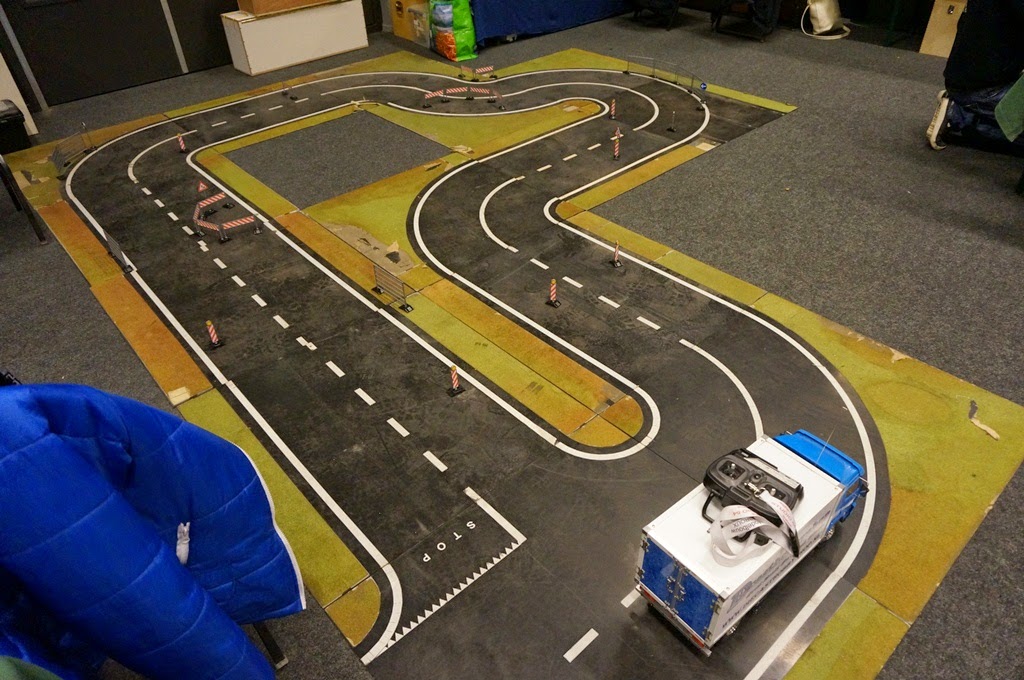 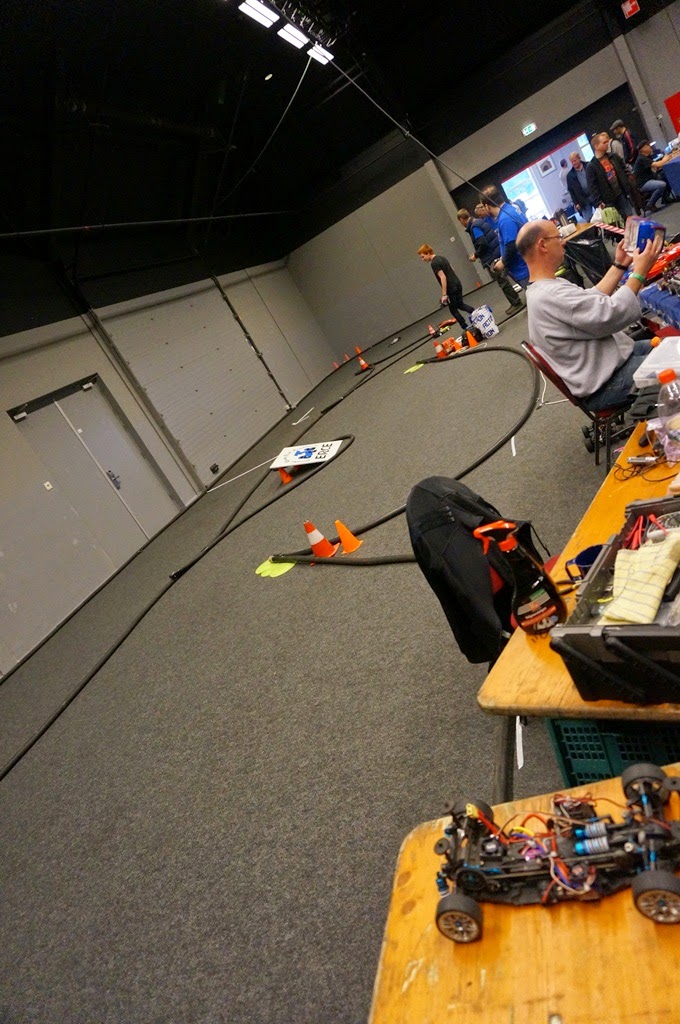 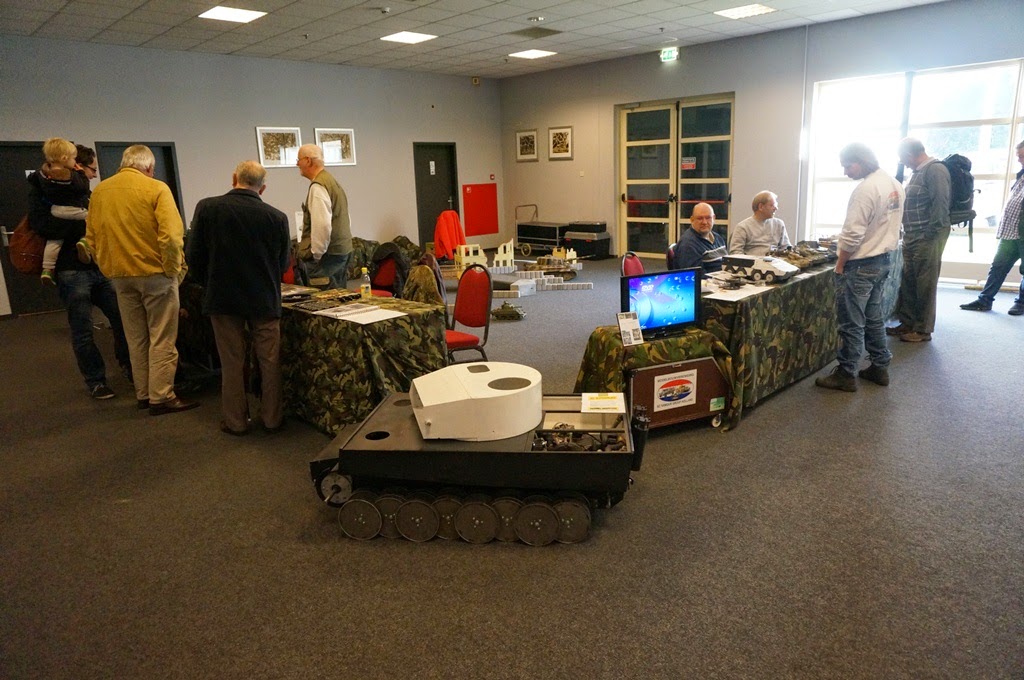 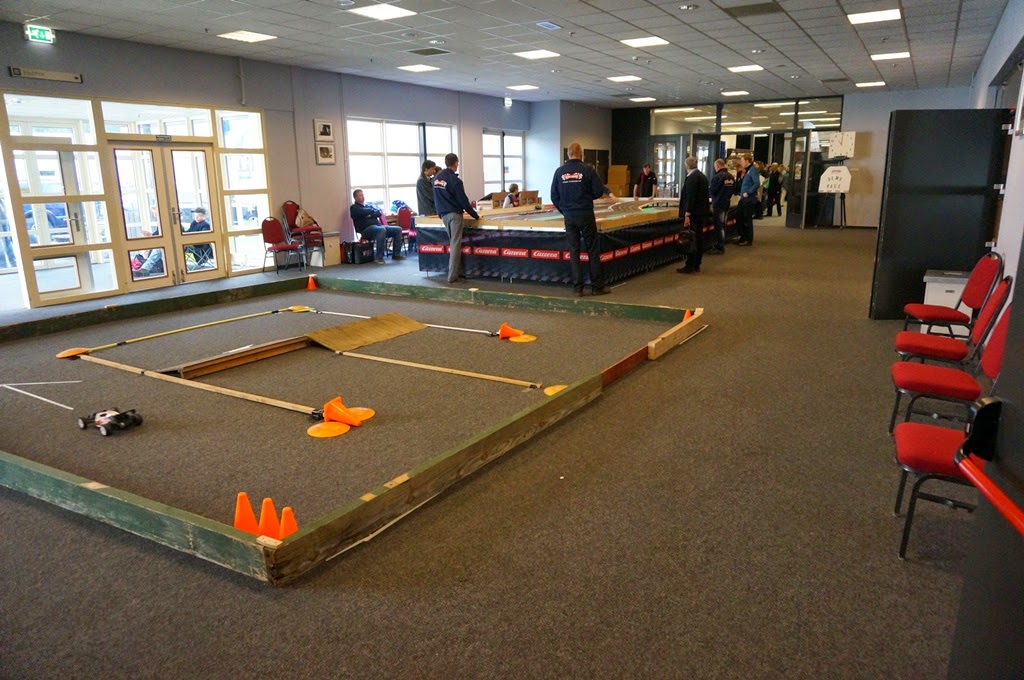 Of course then there was the competition. The main reason most go there for.. as it gives them a chance to show off their latest pieces, get some comments on how to improve it for the future, and also to see what else others have created alongside it all. It was a huge event, and although many said that there was not as many pieces here as there was in Euro, it was laid out in a much larger area, and I think there were more vehicles here by a long way. Whereas at Euro there were more figures.

Unfortunately, I did not get in as many shots of the pieces as I would have liked. I kept getting asked to take my satchel off and to hold it instead of wearing it below my waist for fear of hitting models. Even though many were around me with packs on or loose camera bags swinging around without any issues.

So with that I was unable to take as many photos as I kept having to deal with it, finding space to take photos, being allowed in the model section when they were not judging it, and my aggravation to the whole ordeal there. Guess going to the gym in the morning before the show upped my adrenaline and made me have less patience :) Oh well.. below are a few of my favorites from the show though that really stood out to me.. 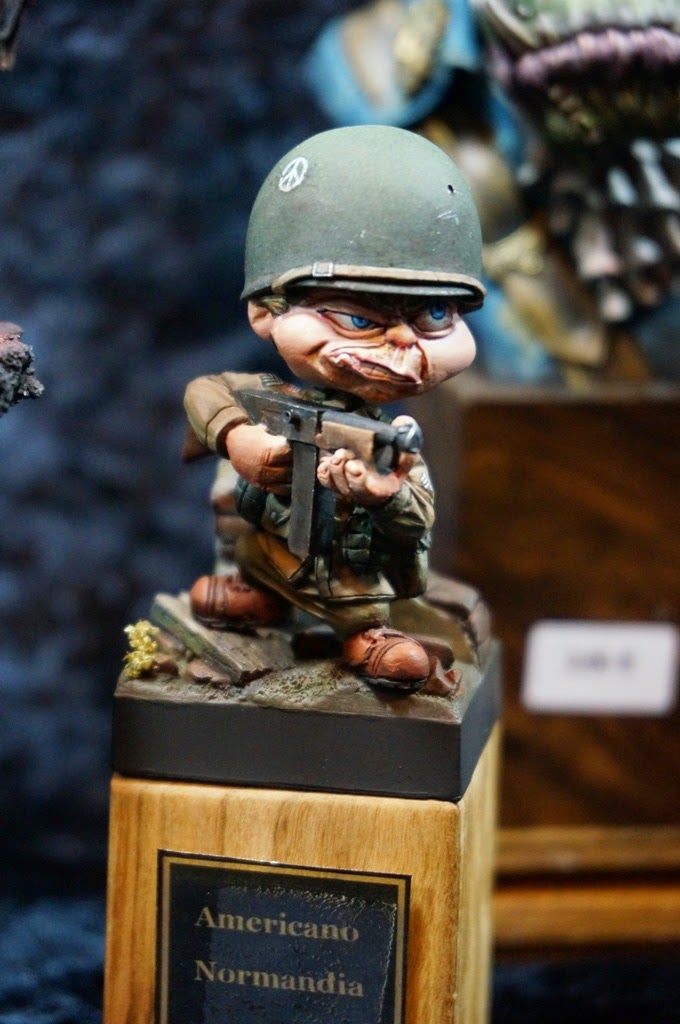 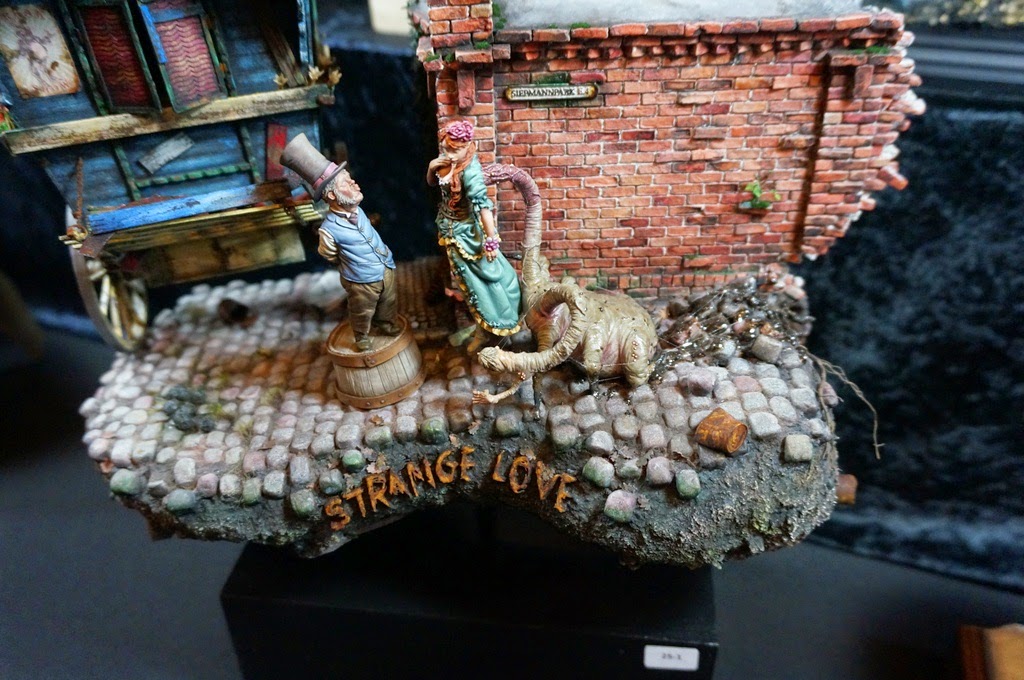 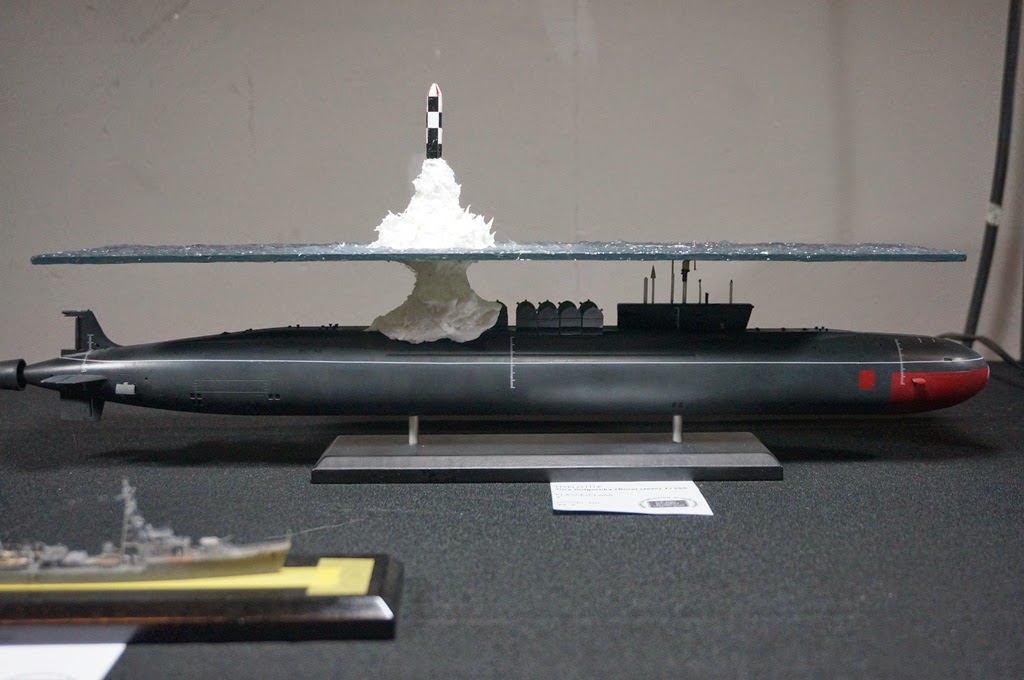 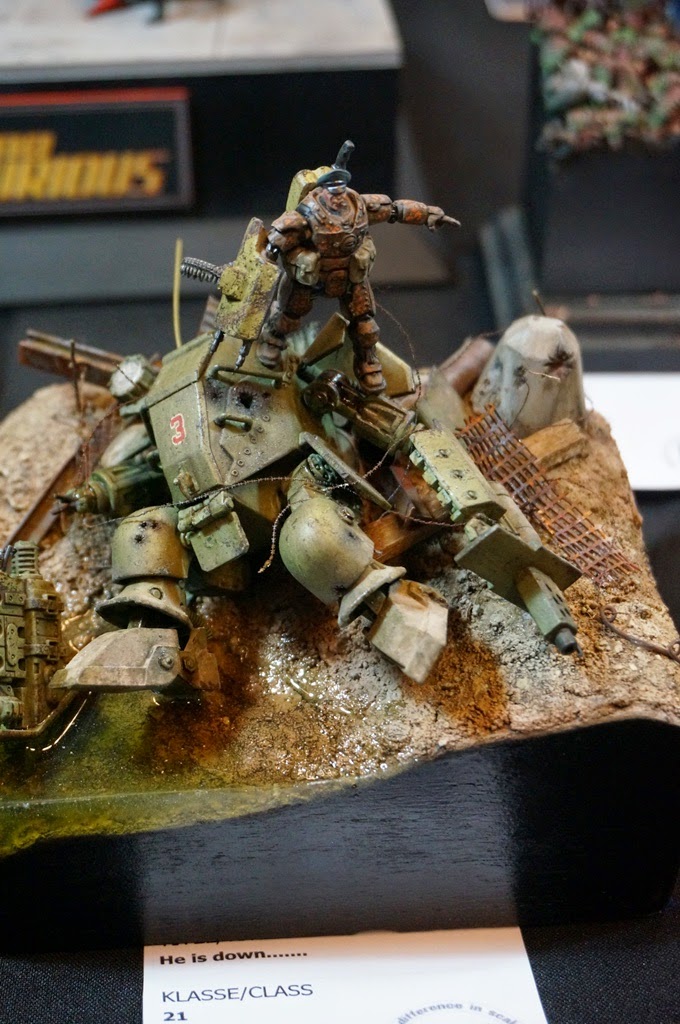 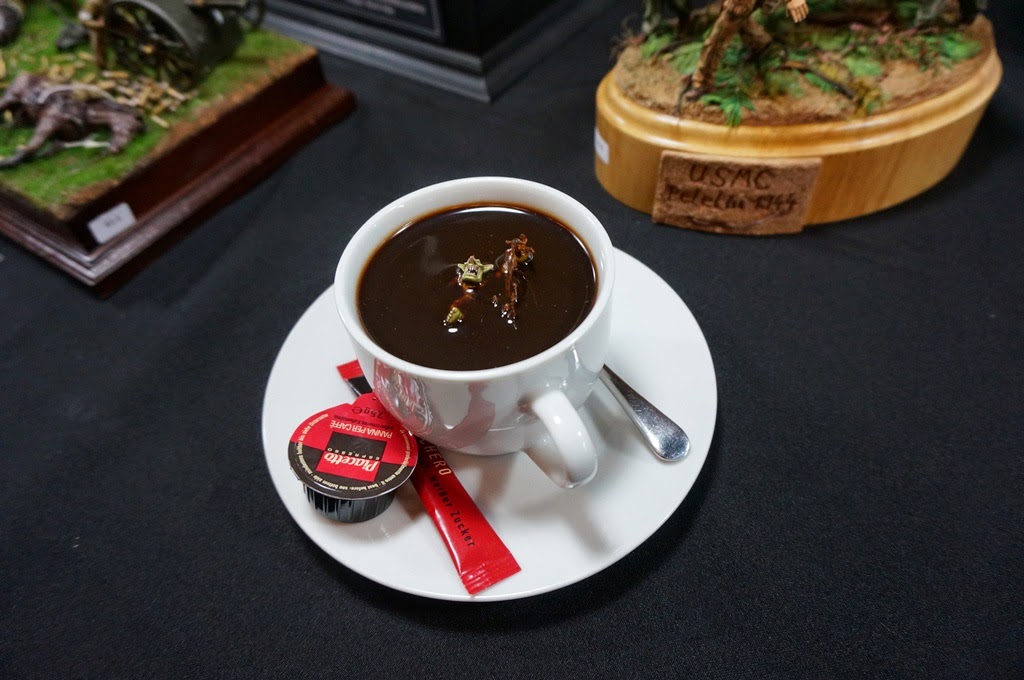 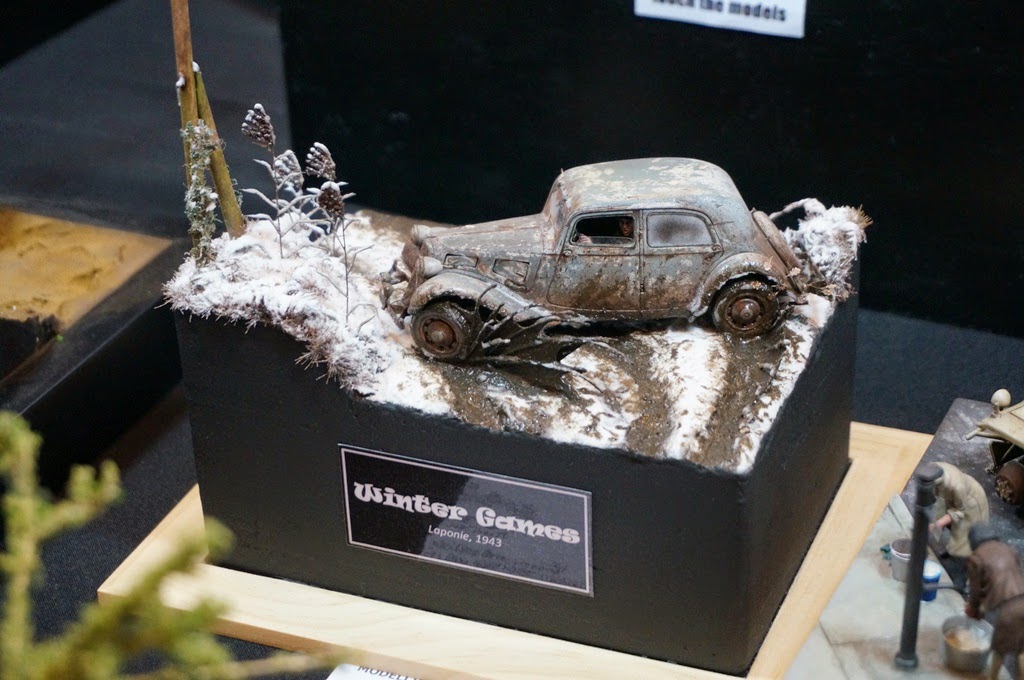 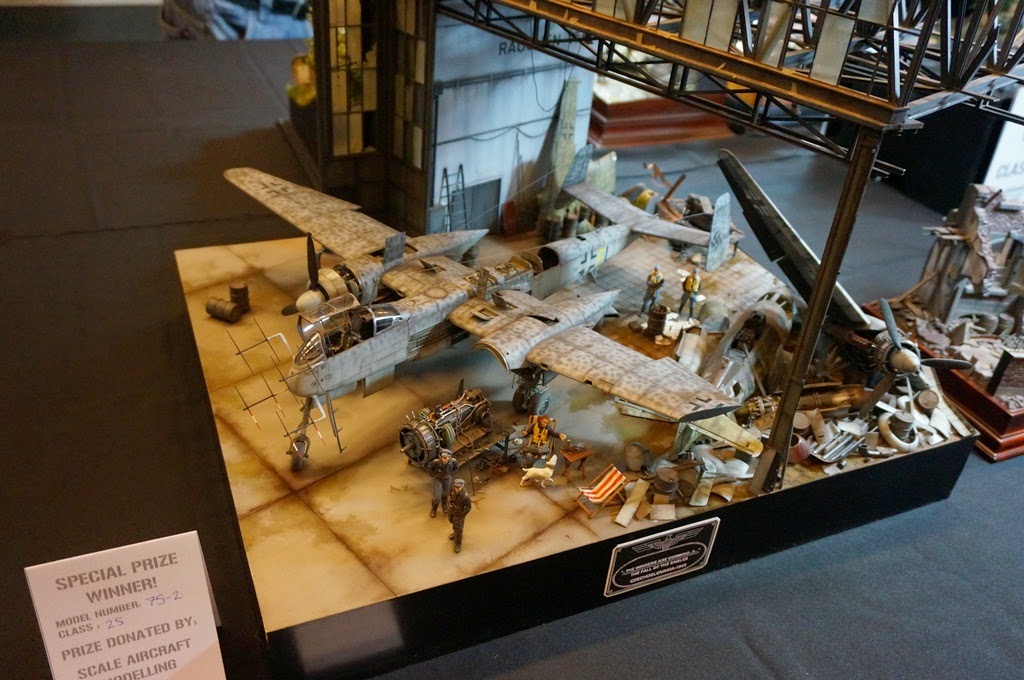 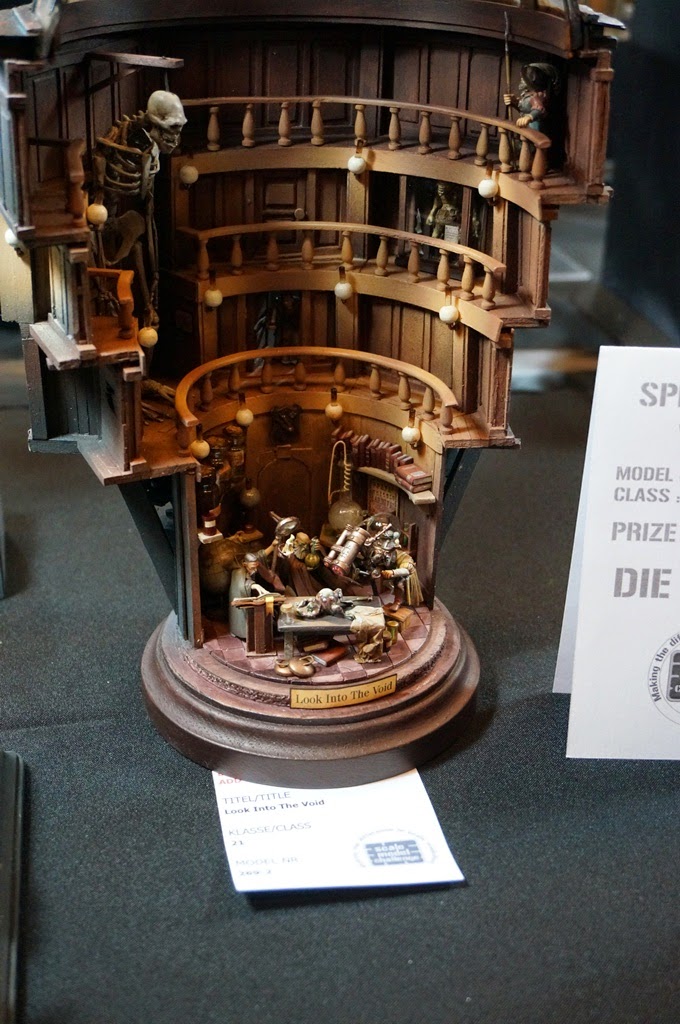 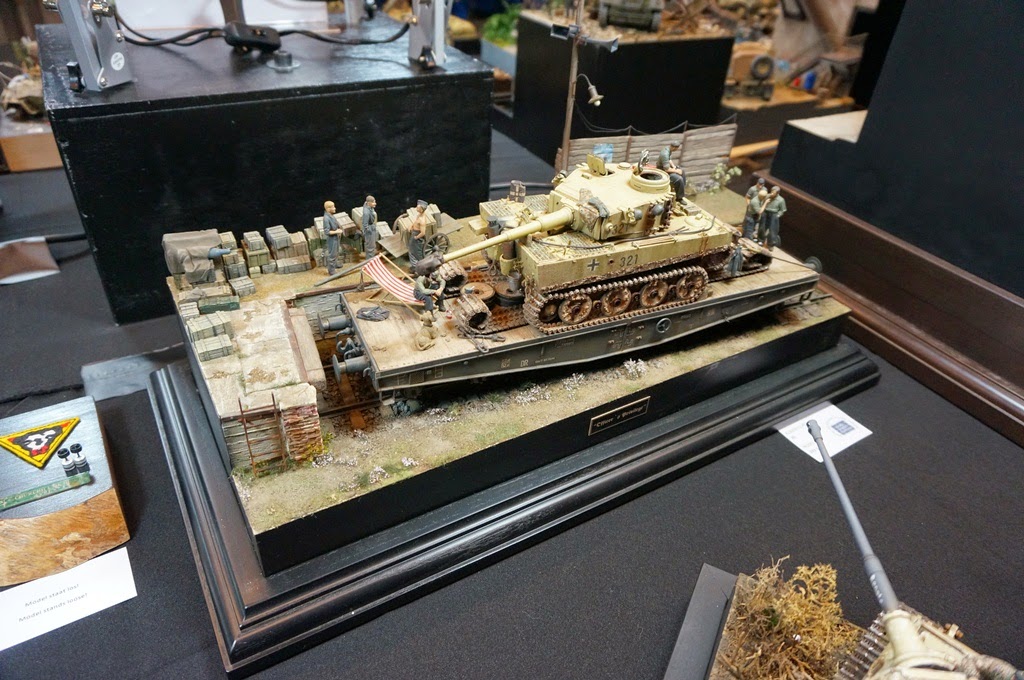 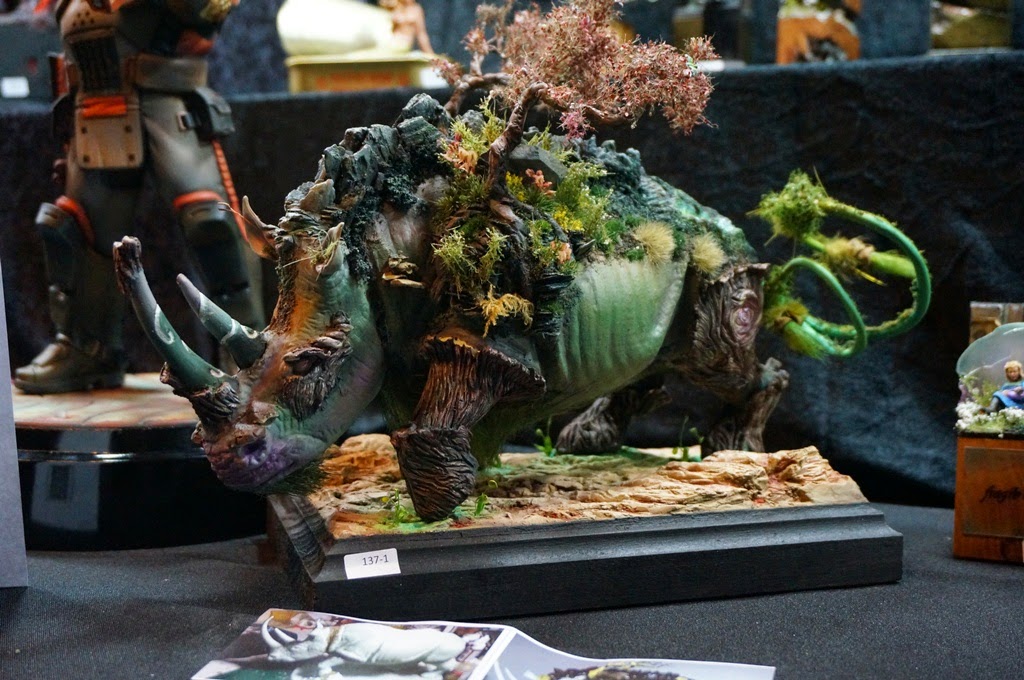 Some really nice inspirational pieces here that really makes me want to go away and paint some tanks! Or in the case of coming home.. a small diorama!

Oh and there was quite the ceremony to go along with it all! One that I have to say is probably the best run ceremony to be run that I have seen so far. There were a ton of prizes and gifts to be given out, and yet they went on with minimal problems ( the odd slide mixup did occur though! ).

Heck, I was even called up a few times for some of my pieces.. 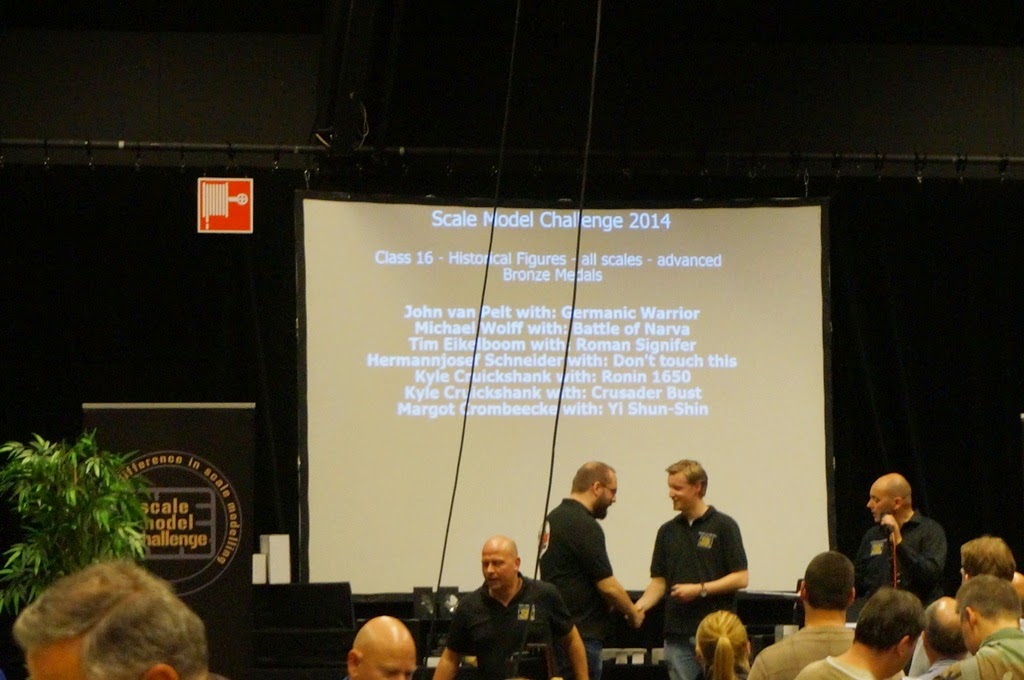 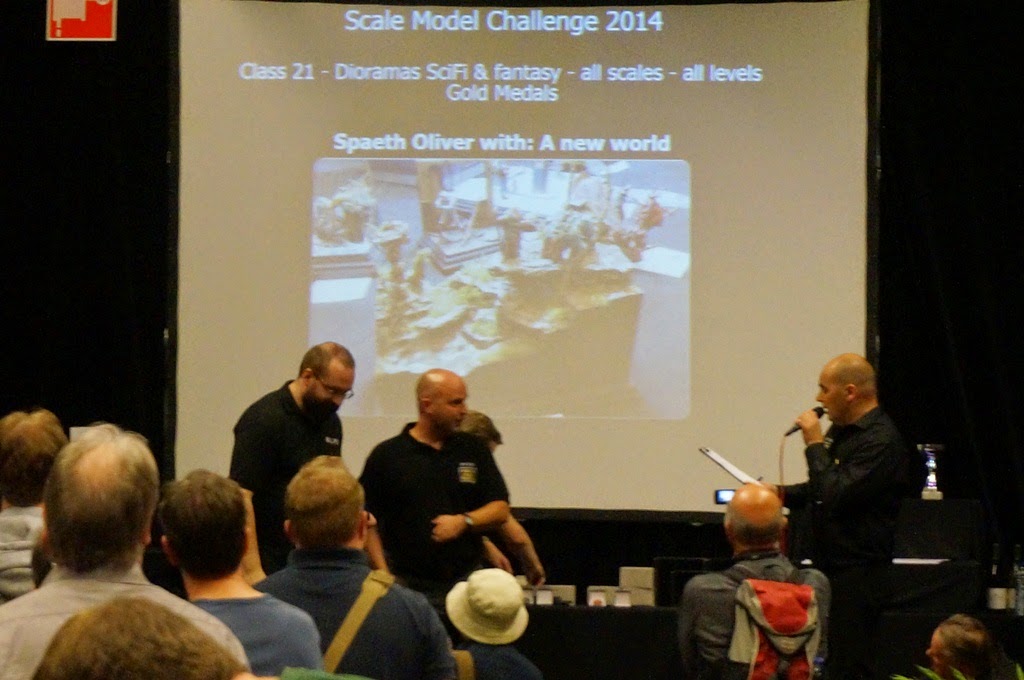 I think there was a bit of confusion on the Historical pieces though as for some reason my name came up twice. Maybe the guys giving out the awards really liked to spell my last name and just wanted to put it up there!

Was lucky to see that I got something for some of my pieces, but was a bit taken a back for some of the awards. To get a bronze for both the Crusader and the Ronin was very uplifting especially after all the extra work I put into the Ronin before the show. Having my Robot Fisherman being my best piece out of my Fantasy display was also a great thing to be told. Means to me that my latest piece ( the fisherbot ) has all my latest improvements in painting in it, and shows my improvement. But the biggest surprise was that my basing diorama from Roman's class in August got Silver in the open division for Fantasy dioramas! Super chuffed about that there and really took me by surprise.. 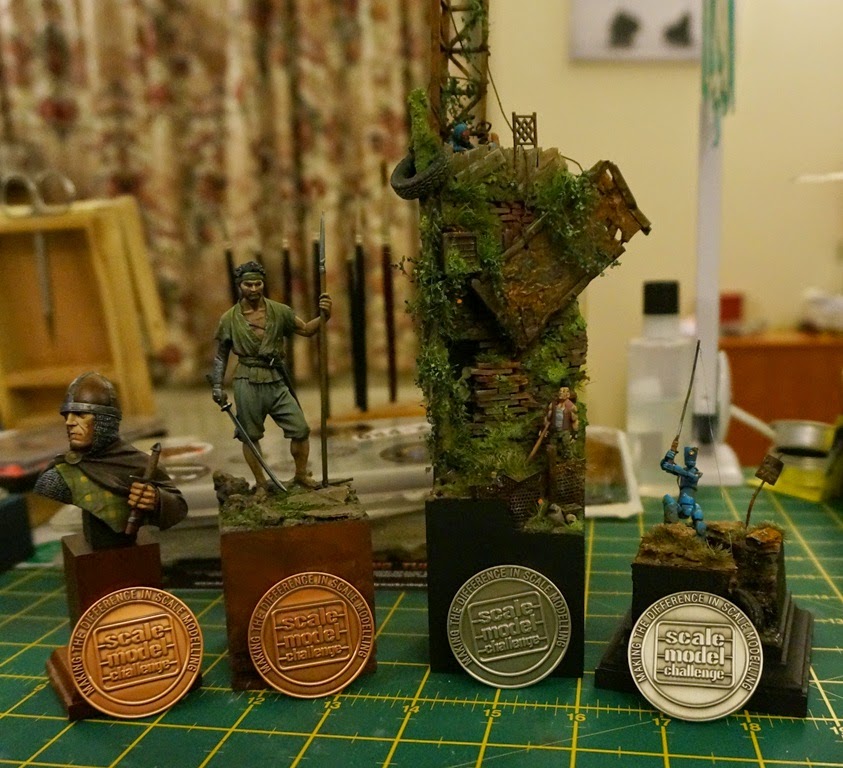 The only criticism I can give to this aspect of the convention, and this is comparing it to Euro, is that due to it being a day, and having such tight deadlines, it was impossible to find out the judges and get their feedback on your pieces. Would have loved to talk to them a bit more, and understand what they thought of my pieces, and where I could have done a bit better on them. What was lacking in it to make it that much better, and how to improve on it. Feedback from Euro was invaluable to me, to help me see a piece in a different way, and help push myself to new heights on painting.

But considering that even during the award ceremony there were many who were packing up their pieces and getting ready to leave I thought that was a bit rude. Would have been nice to have had everyone there cheering on others, usually their friends, as they went up. Though I think there was one group of gents who had dipped into their beer stash a bit early in the day that carried it for everyone!

In the end though the best part of the event for me was seeing everyone that I have met in this hobby over the years. Quite a list that I tried to do up on Facebook already, and know I missed people there.. and I really wish I was able to capture more on camera this time.. but a couple of shots are below.. 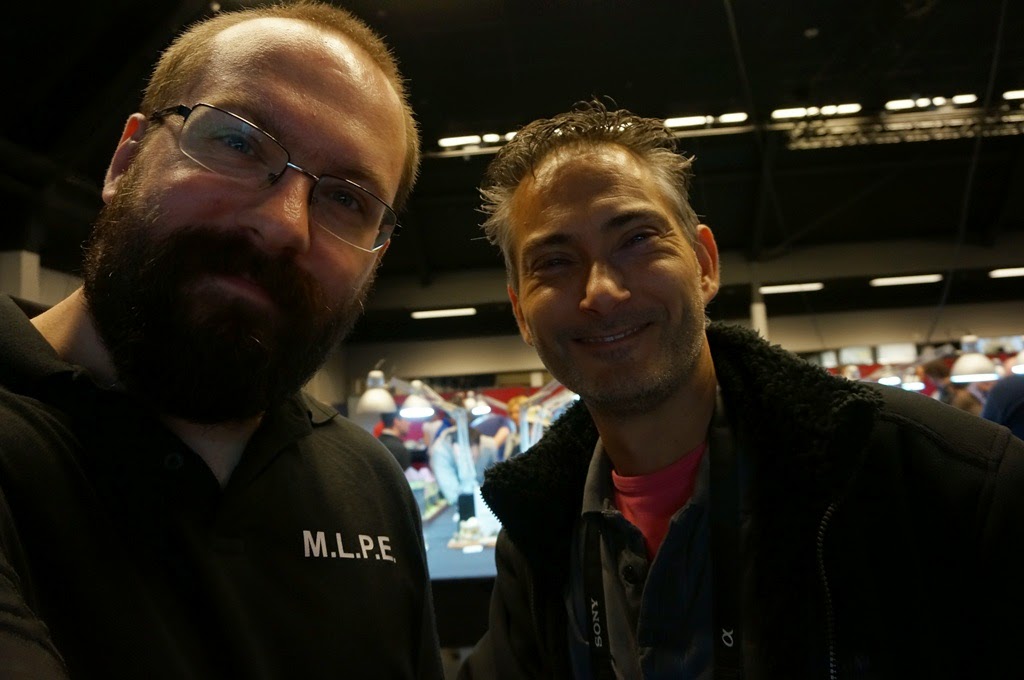 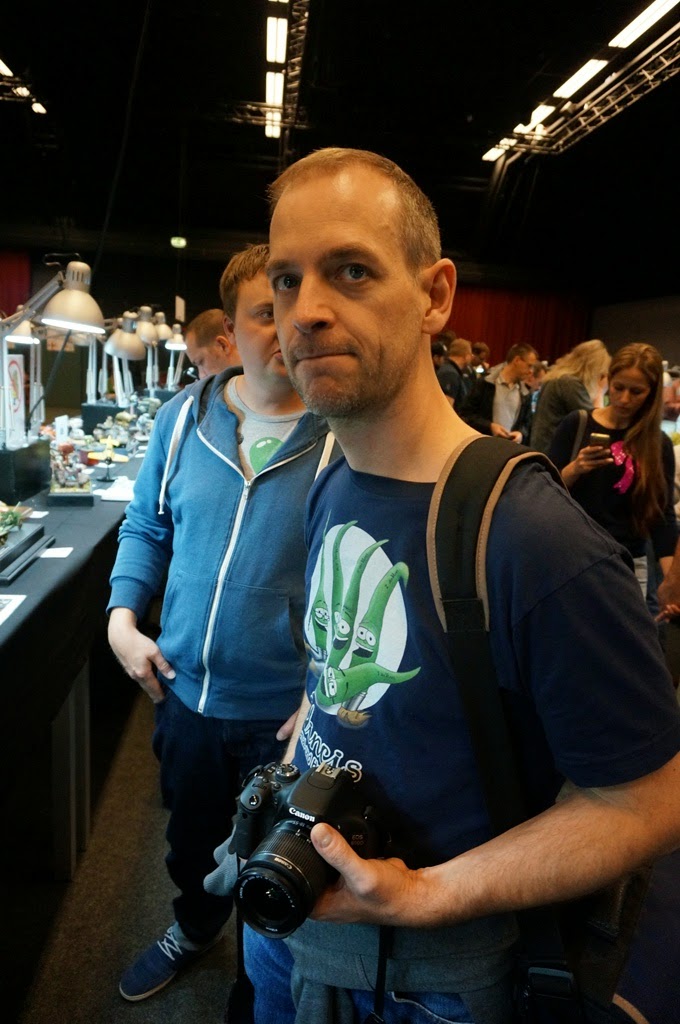 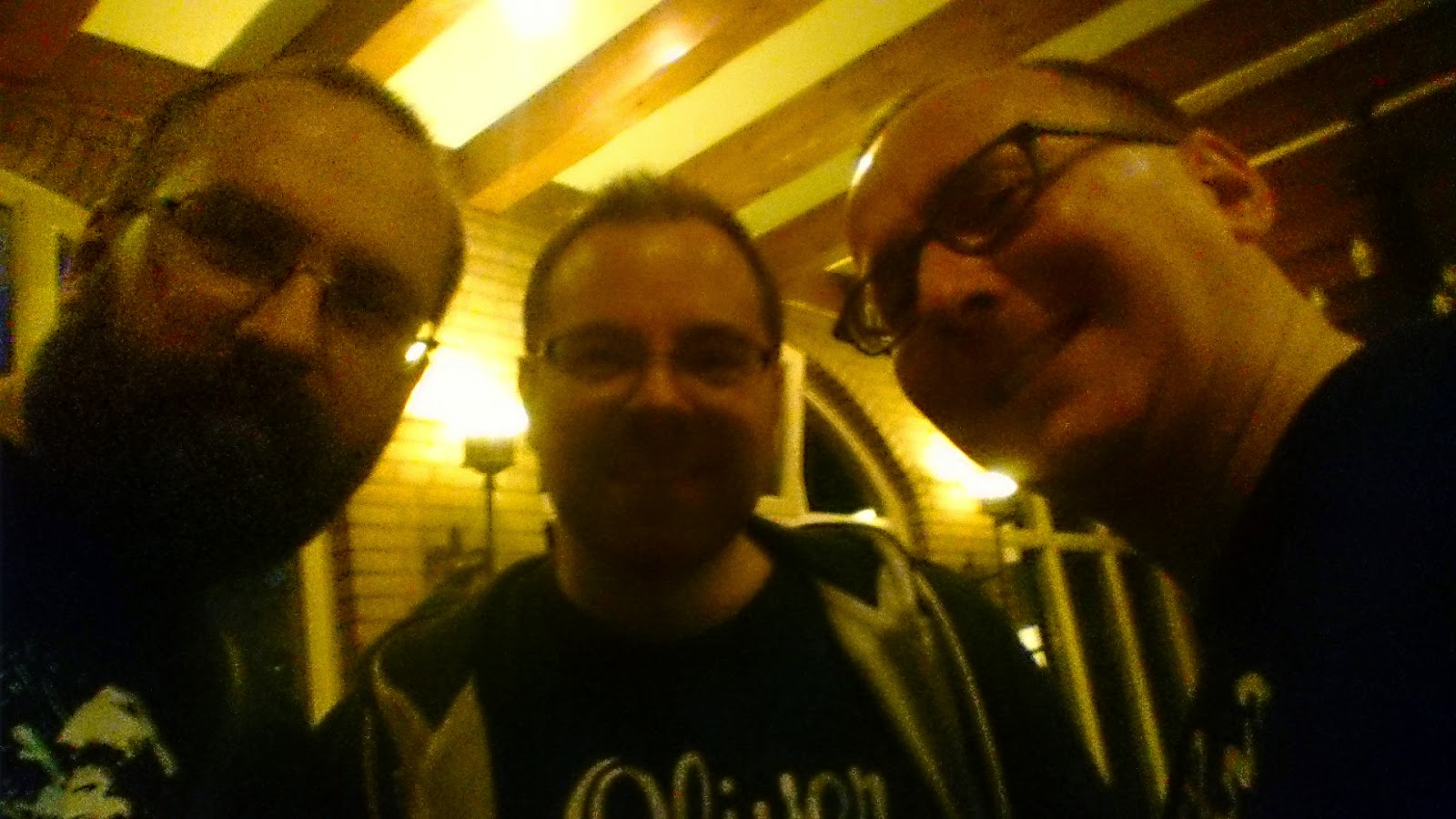 So people like the Massive Voodoo Crew ( Roman, Raffa, Sanne, Bene, Phil, Oli ), the DiVincis crew ( Vlado, Manu, Phil ), people I have only ever talked to online ( Gerrie, R FX Smith, Daniel ), class mates from various classes ( Uli, Maggie, Maties, Martin, Jens ), and the Painting Buddha crew ( Micha, Ben, Mati ). Meeting the UK boys who drove the entire way, Mark and his buddies of the brush. And of course my good friends whom I spent a good portion of the day with wandering around going ooooo and aaahhhhh with.. Fabian and Mel! Such a pleasure to see them both once more! And then the organizers Robert and his wonderful better half, Margot whom I had a great chat with at the Euro prior to this event.

Quite the event here.. and one I don't think I will forget for a while at least. One that I will be aiming to go to again next year where there is rumors it will be a 2 day event.. and heck I might even drive out there myself instead of taking the plane! Be a bit more mobile while there!!!

Now to get back at it, and look to the next, and final show of this year, Monte San Savino!!!! Wondering if I can get another piece painted before then :D
Email Post
Labels: Competitions Conventions Scale Model Challenge