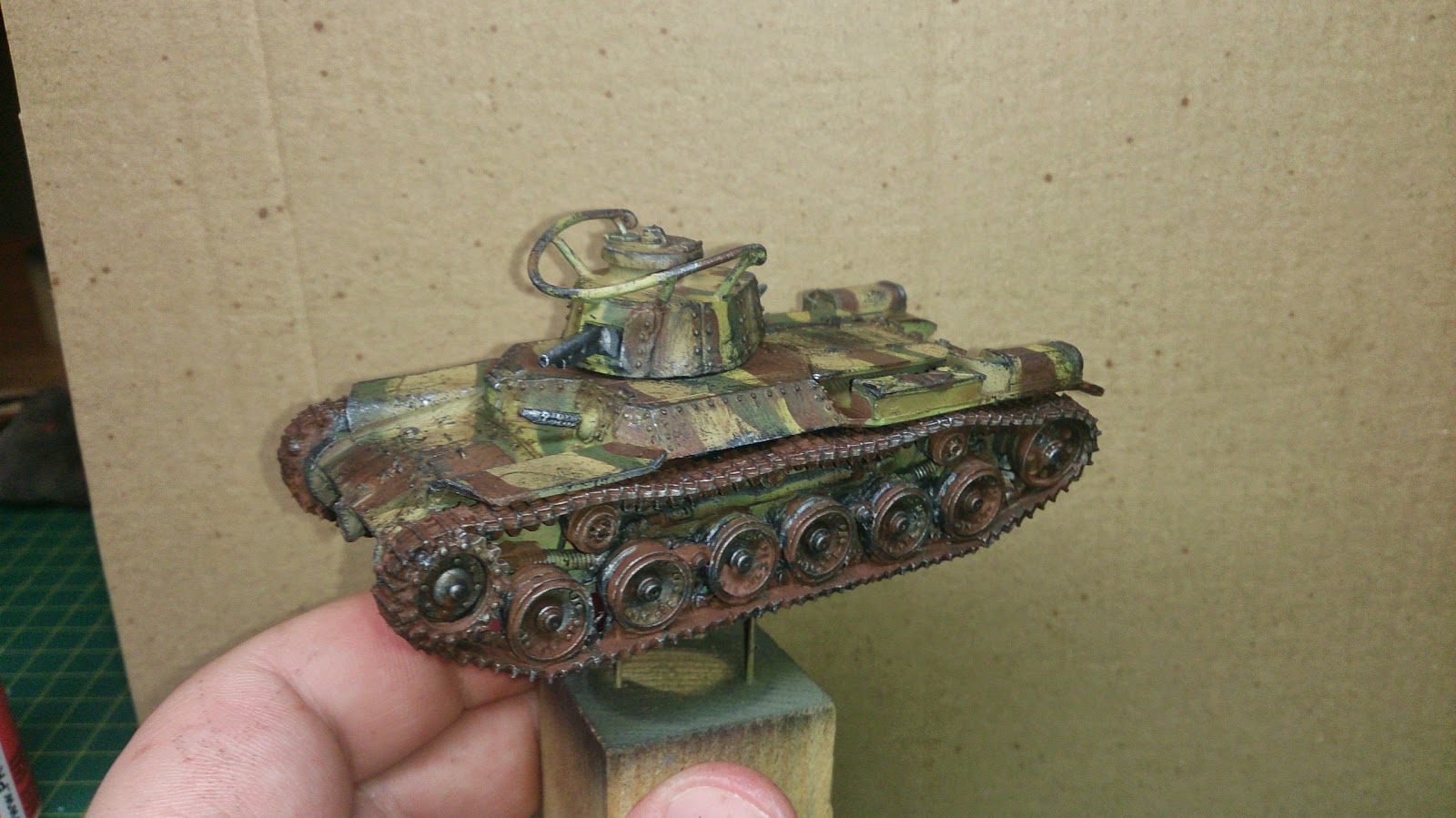 Yeah.. so this is a smaller quick piece to write up at the moment.. and was something that I worked on last week up to and including the day of the game that he played in!

My Type 97 Chi-Ha Tank for my Imperial Japanese Army forces. Can't say that it is the best job, but it works for what I needed at the time..

What was cool about this is that it is my first tank to be painted in a while.. and one that I tried a lot of different techniques taught to me by John the Weekend Workshop runner, and also the Forgeworld Armor book..

Plus I got to play around with a new product from PK-Pro that is pretty cool.. 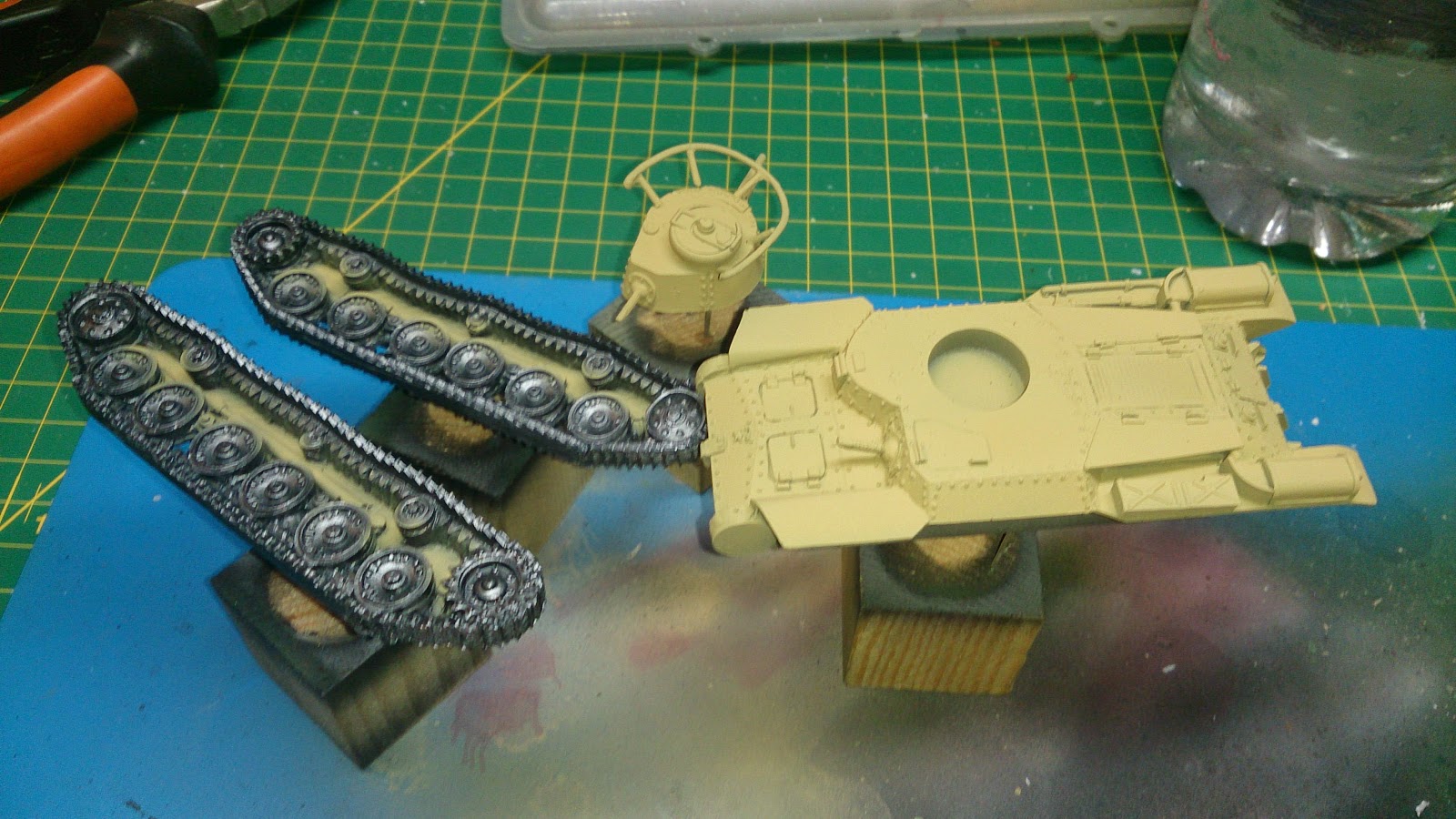 Anyways, first things first.. what I wanted with this piece was something that had the camo that was typical back then. So I started with the brightest color here and base covered everything with it. 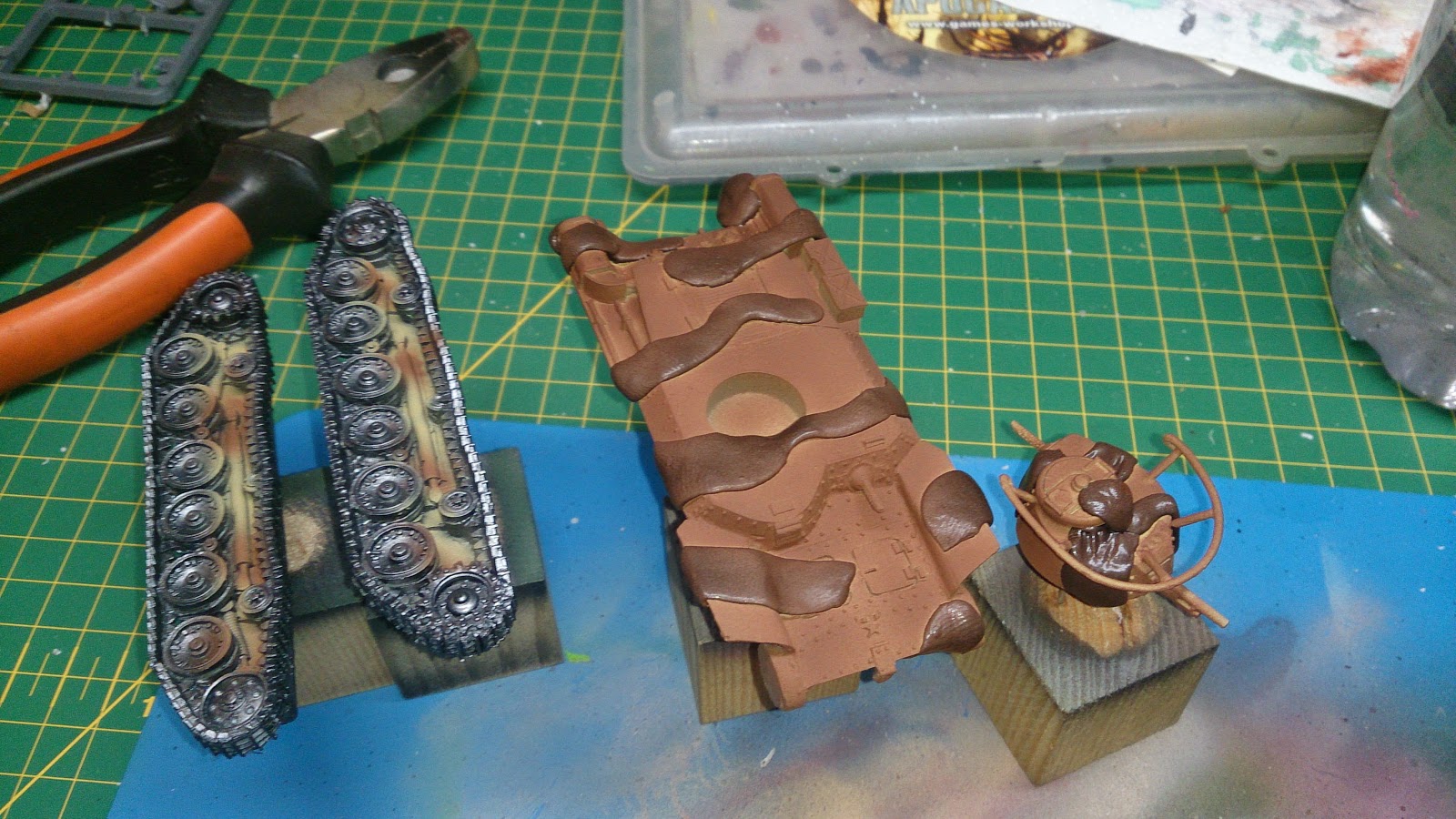 From here I put down some strips of the masking putty. Think of it like the stuff that you hang posters on walls with, except that it only sticks to itself! And the paint just peels away afterwards even! So with it down we sprayed on the brown. 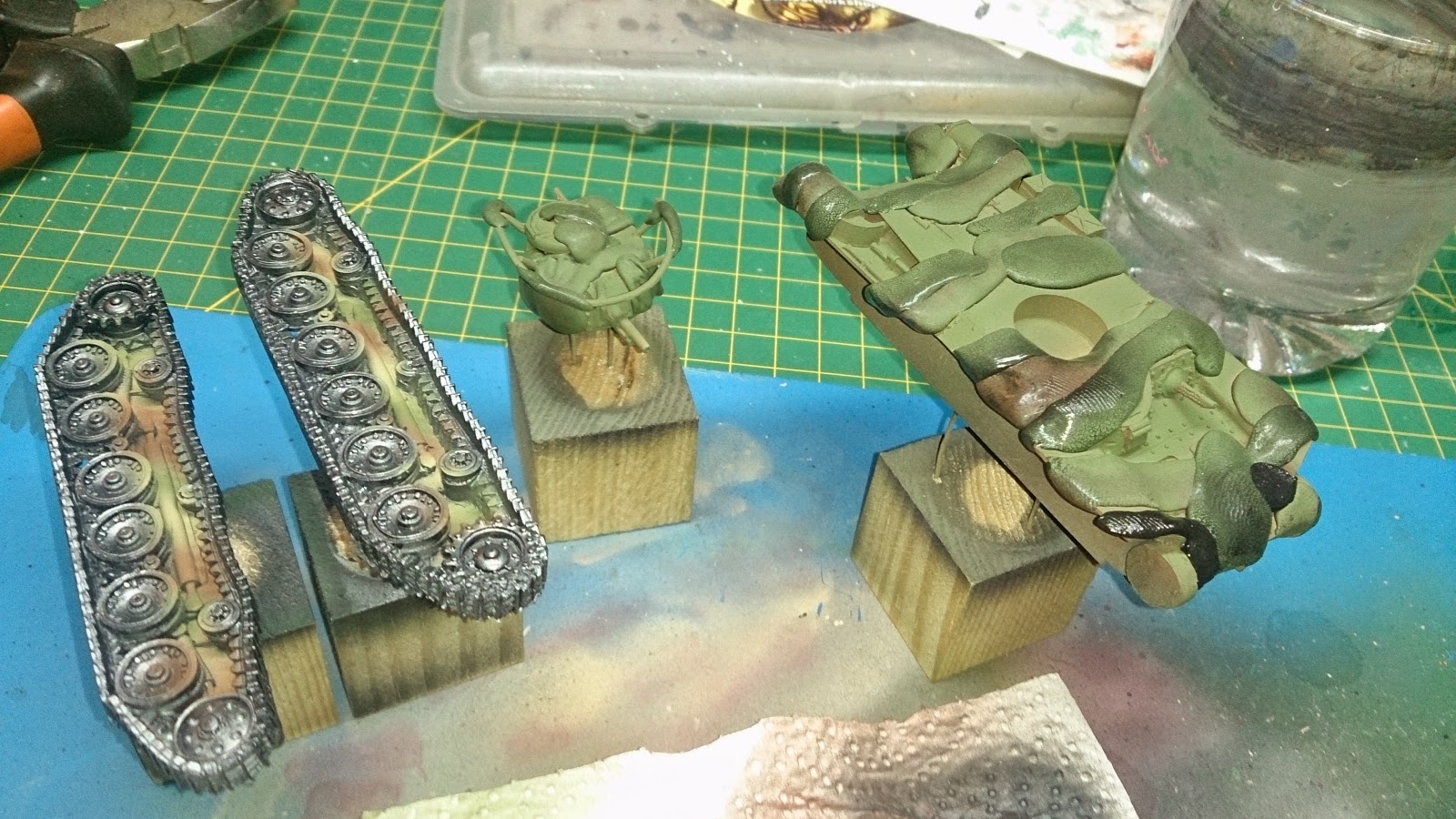 Next color was green, and the extra layers of the putty sitting on top. 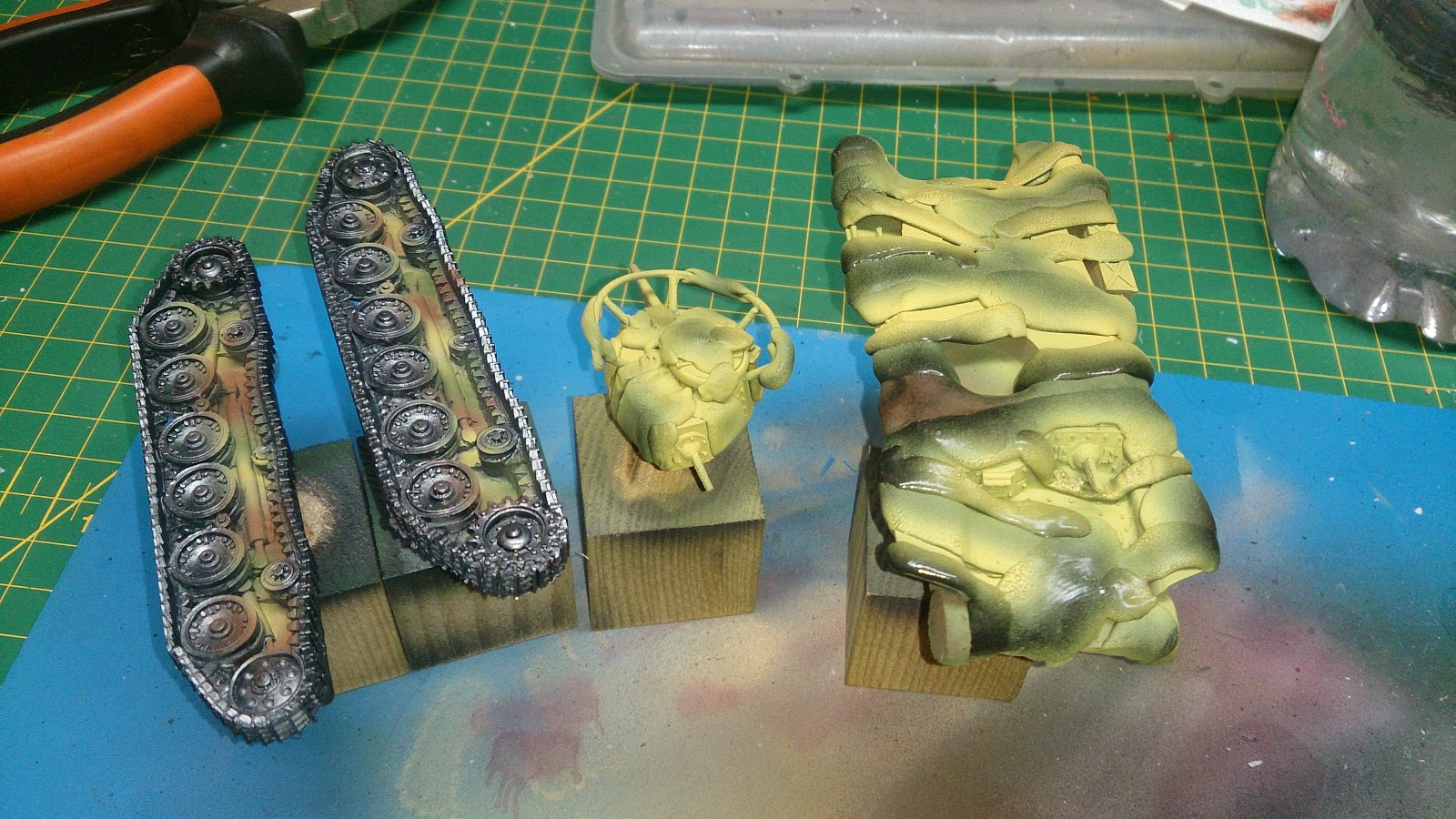 And then we did another shot of yellow.. no ideas on why.. just because? 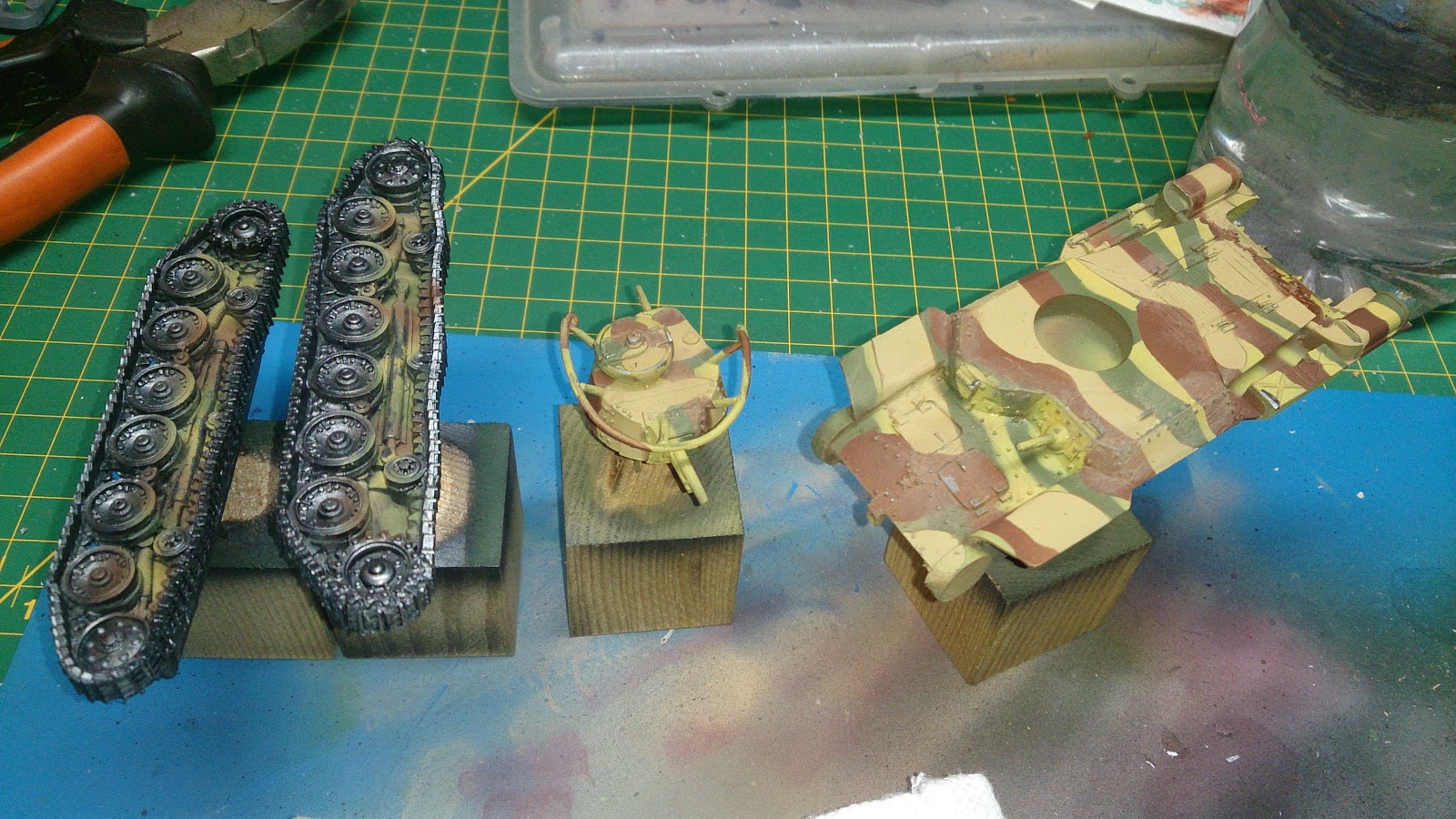 When it was all peeled away there.. we can see the straight lines that the putty gave me. 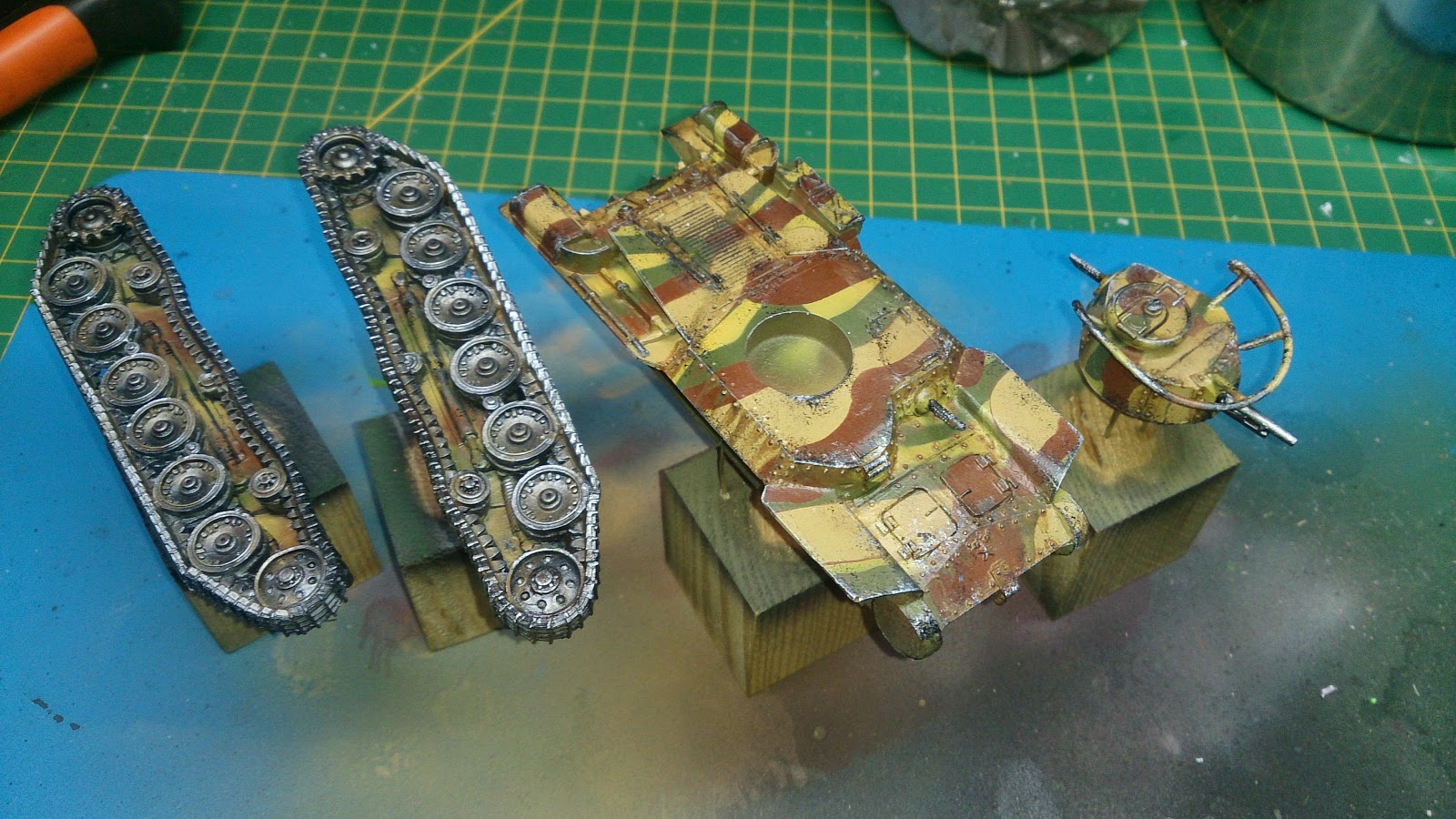 At this point is when I began to throw a lot of different techniques and styles onto the tank. Starting with some oil washes, the chipping with brown/black/silver, the splatter marks I made with different colors and thicknesses. The only drawback was I went overboard with all these styles and the end result shows a tank that is very very dark and begins to lose some of its features to all the extras. 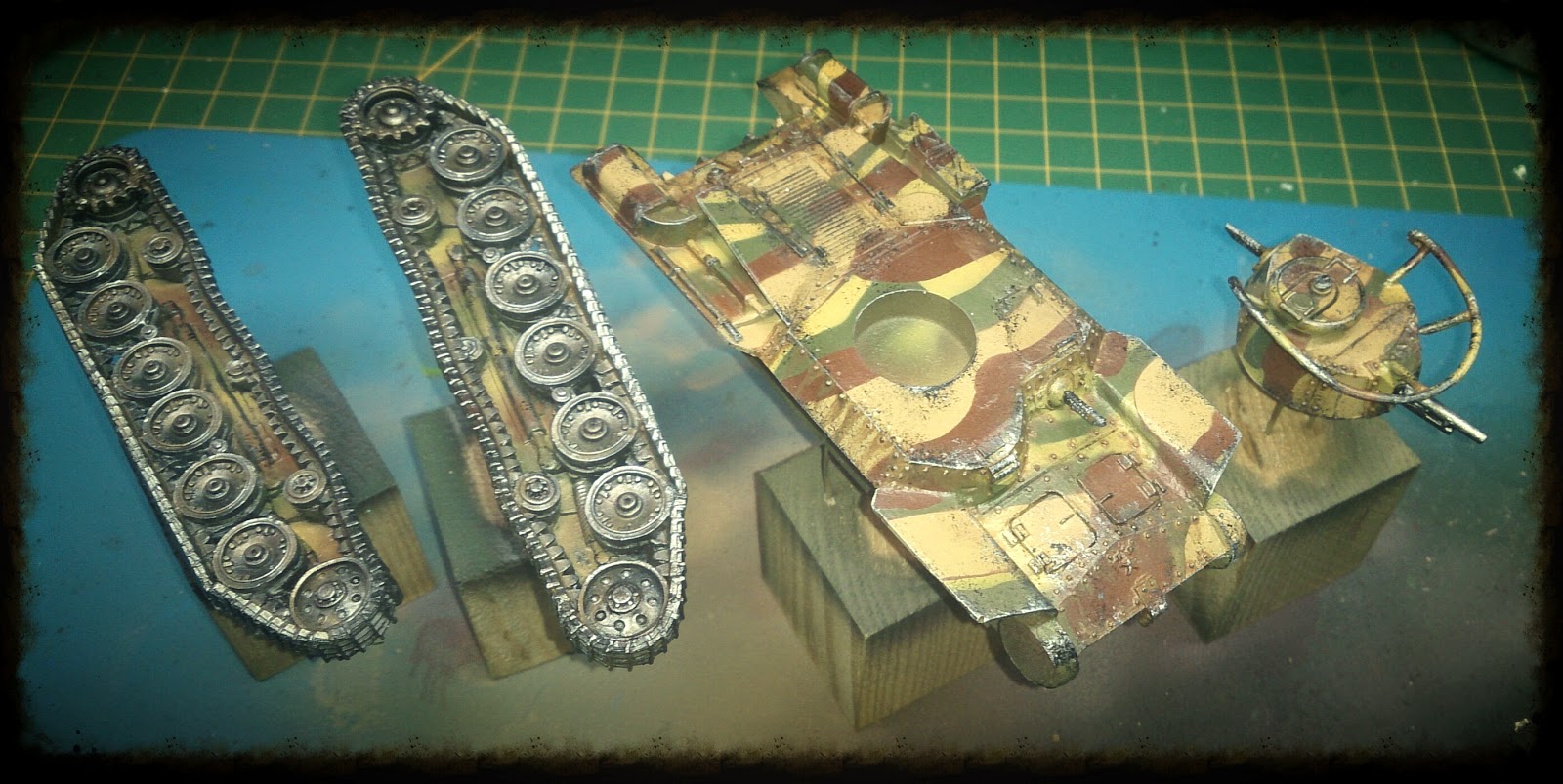 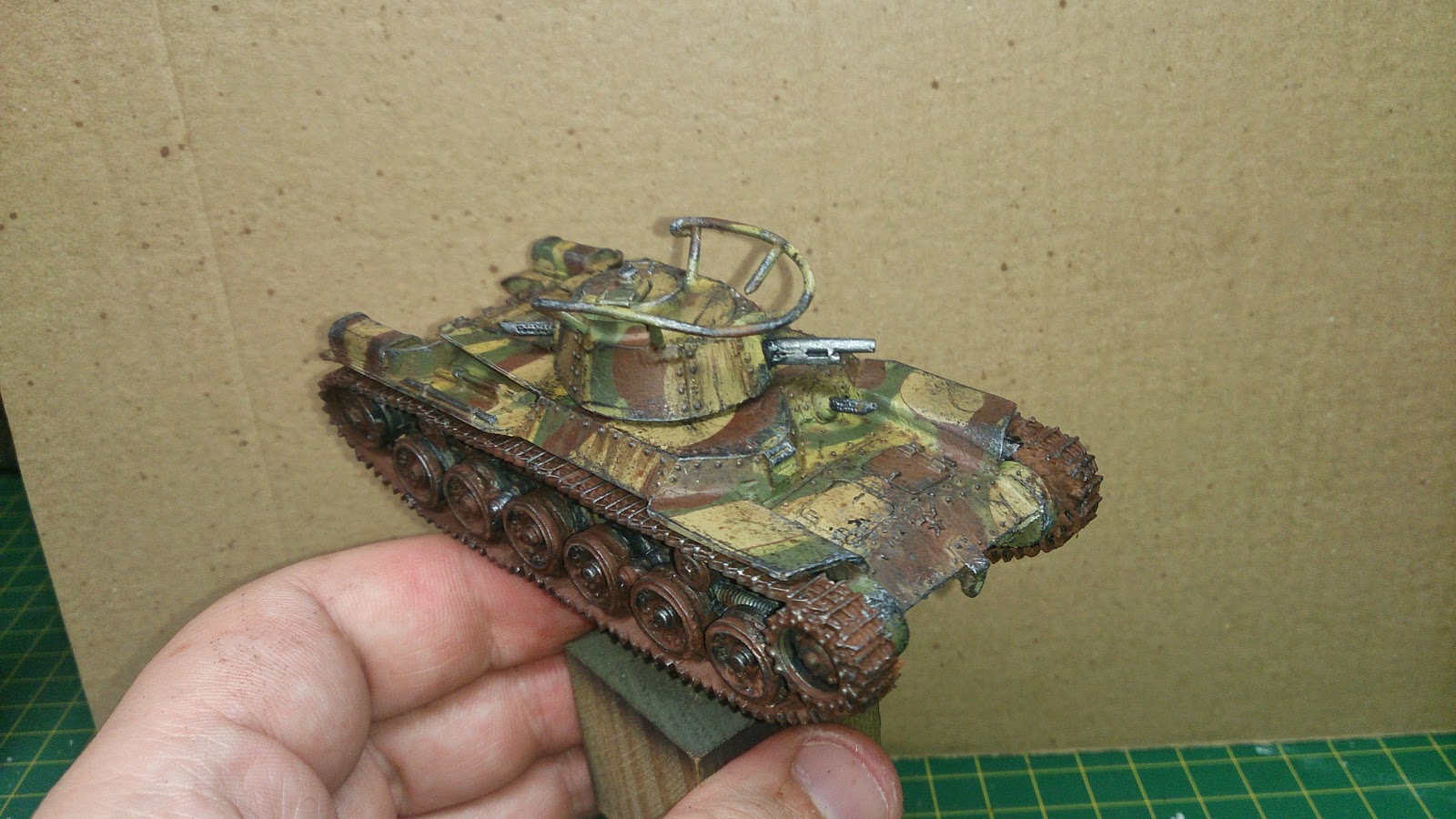 I also threw and played around with pigments once it was all assembled to give it a "lived" in look on the battlefield. Again.. less is more here... and I need to remember that lesson for next time!

But it did fine in it's first game and overall was able to take out a few units, and make the anti-tank units really work for their line of sight against it. Though all things considered I think it still came out well enough, and better photos hopefully will be coming soon. Though any comments on what I can do to correct or fix it are very much appreciated. Comment below!

In the meantime.. now I need to focus on my infantry forces to support this light tank here on the field! 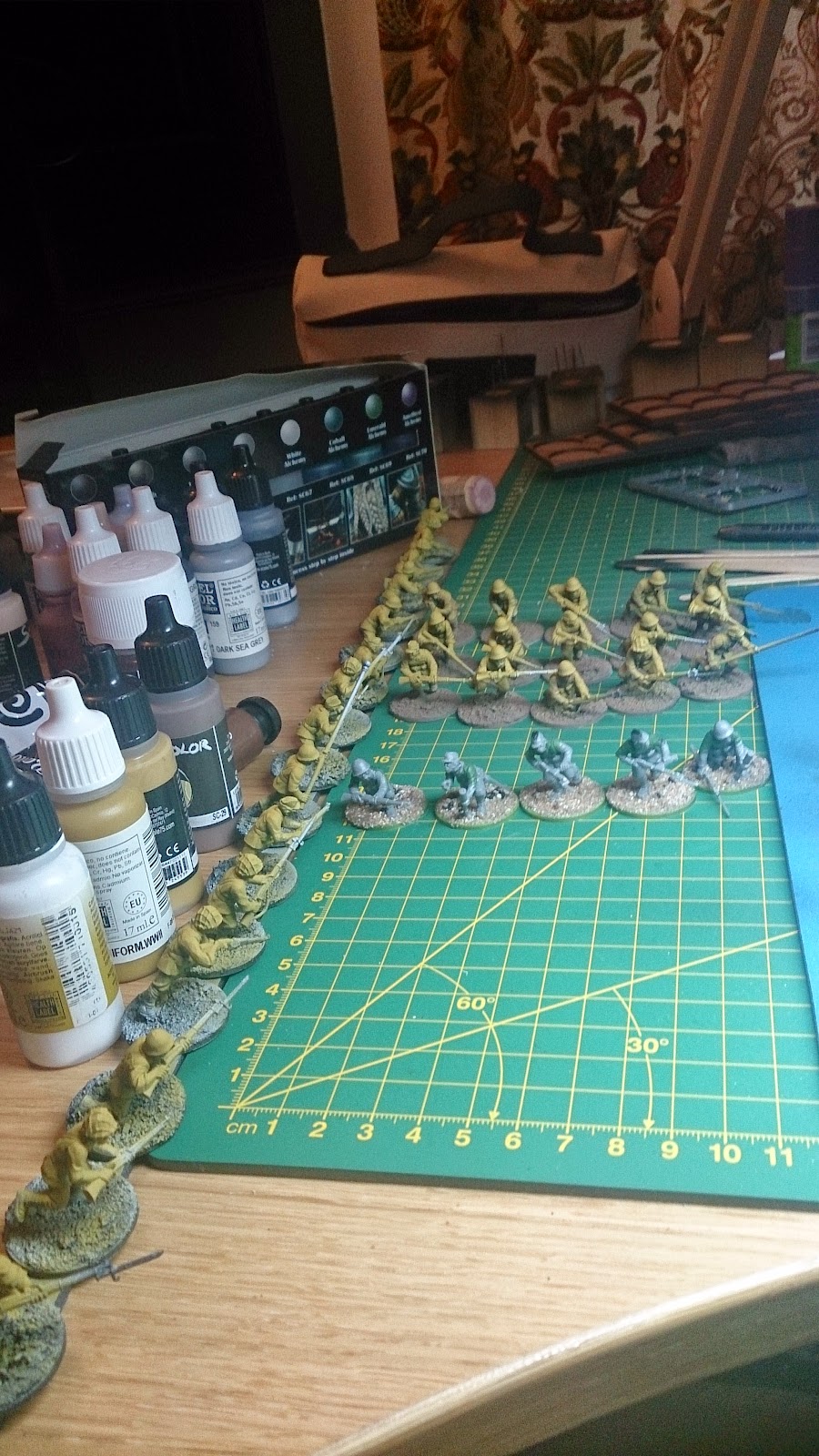