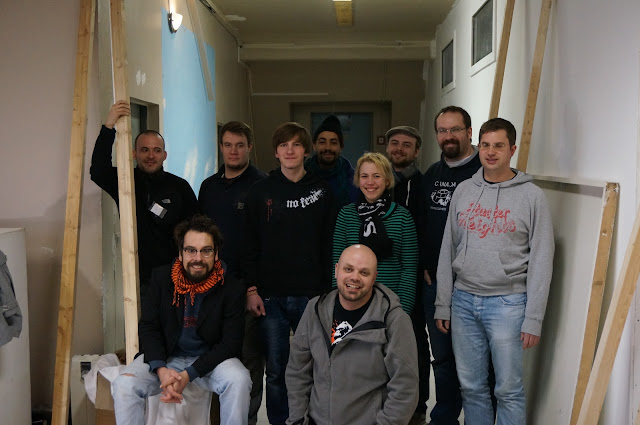 So final thoughts of a workshop well done.. well.. it was well done! Actually well done wouldn't quite cover it, as I am still talking about the weekend with those around me a week later! So maybe I should be saying it was fantastic! A lot of fun, and lots of practical advice that I can put to use immediately. A stark difference from the one that I attended in October of last year.

Some initial thoughts though.. Roman is a lot taller in person than he presents himself online! Was a bit surprised by this.. even in the photo above he is squatting in front of everyone else instead of standing at his full height! 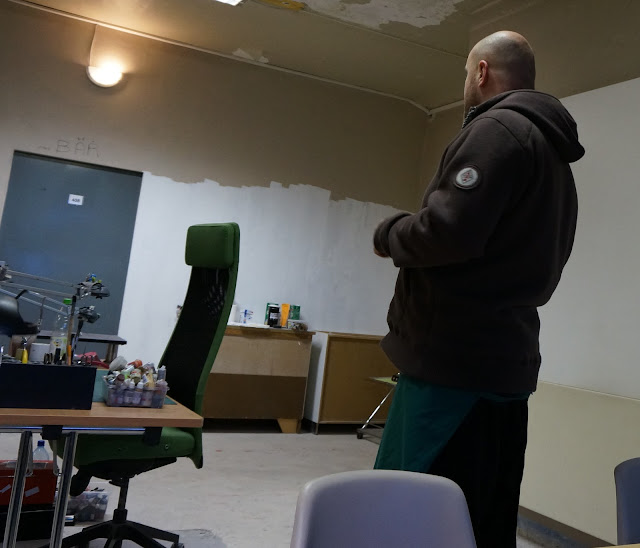 A photo of the all mighty Kong in his natural habitat standing! Also he is apparently having a conversation with his chair, probably due to the rest of us trying to work on his teachings so intensely!

Other impressions on this class versus the others is that no one thought they knew everything ( OK maybe some did but we don't point fingers at anyone do we Markus? :) ). A nice change to the other workshop once more as it was refreshing to look at the teaching with bright wide eyes of astonishment and wonder as Roman took us through his teachings.

Many of the teachings we had you would think "Duh, that makes sense!" But then walk away thinking, "Then if it makes sense, why was I not doing it before?"

Sharing some of his works with us such as those below were also a nice treat. Many of which was pulled up to the central table to explain how the technique could look once finished and refined ( a few hundred times or over the course of several days worth of work! ). 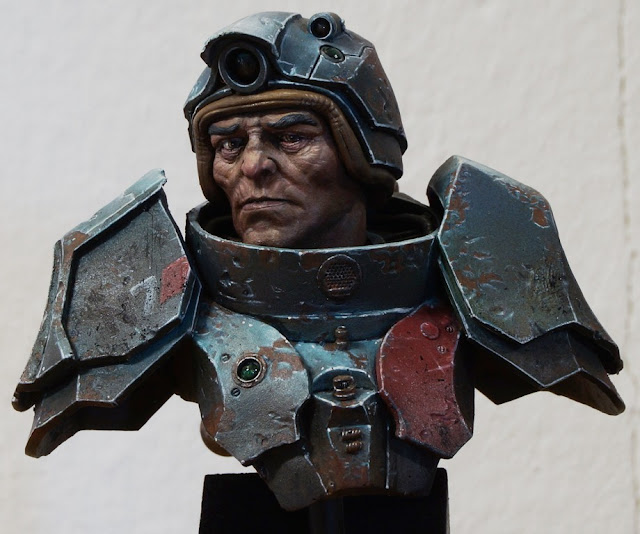 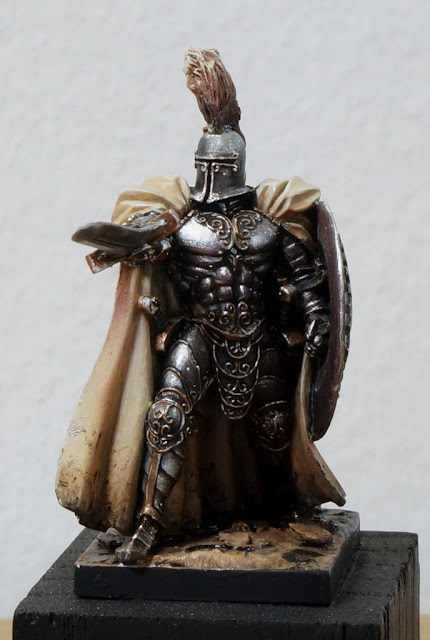 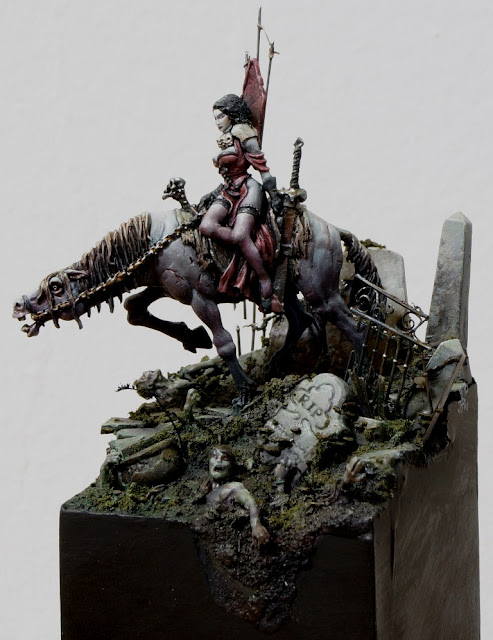 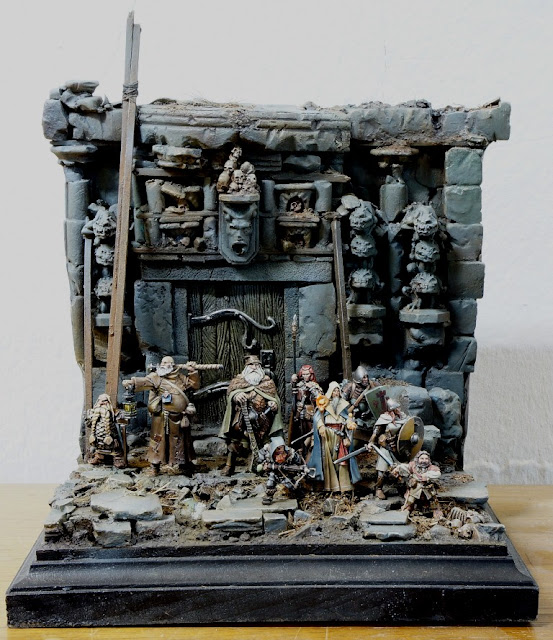 Really inspiring stuff... though not to completely overshadow the works of others in the class that also were on display.. 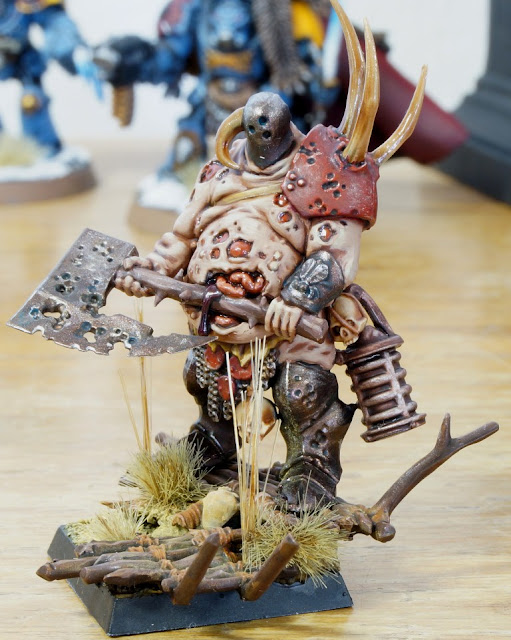 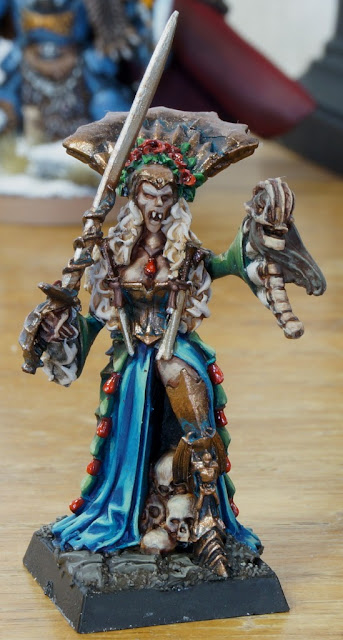 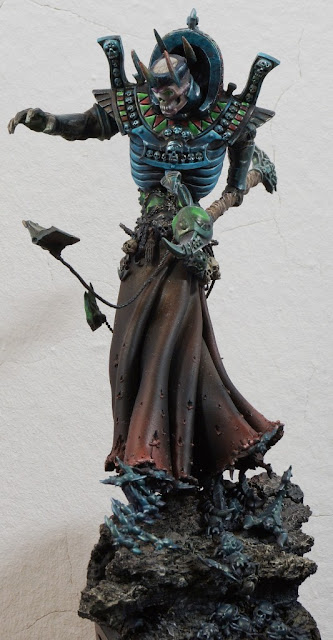 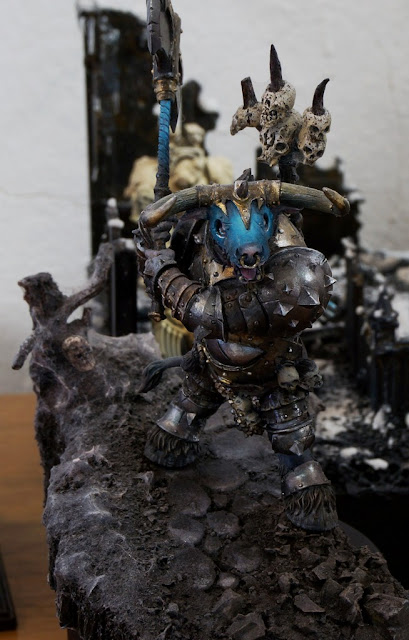 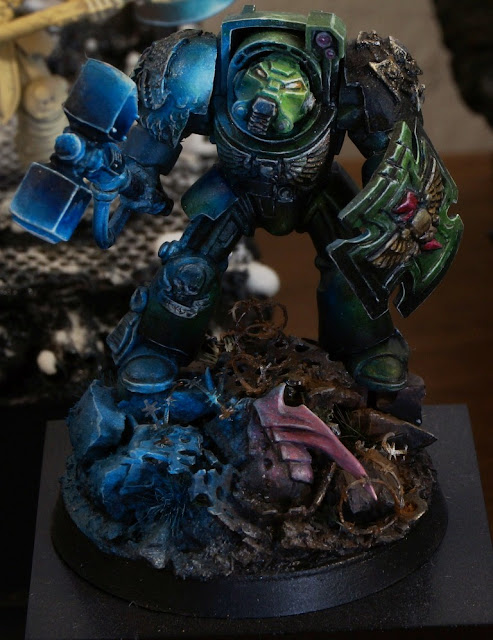 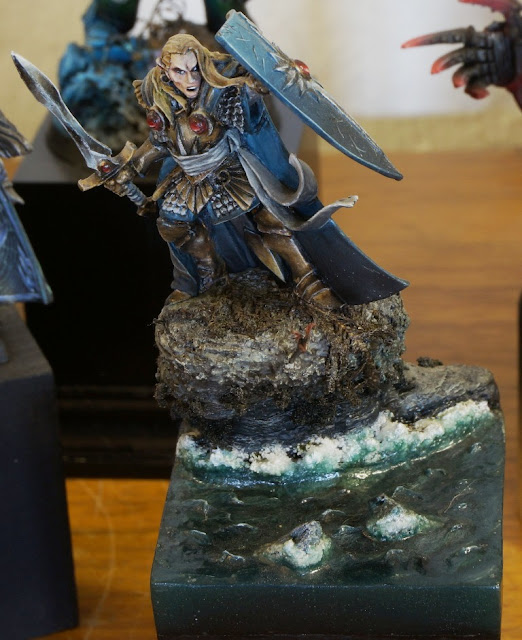 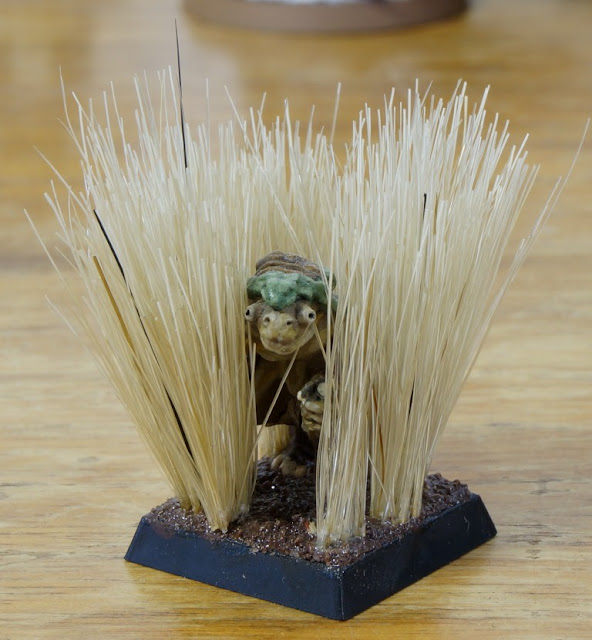 Again.. some great works here. Another thing that was pretty cool was that we had a guest from one of the local hobby stores paint with us, and be able to provide us with some extras to assist us in our painting! Was able to pick up another W&N Series 7 brush ( as if I needed more ) and some more Milliput Yellow/Grey for future projects. There was also the ability to pick up sockets from Sockelmacher like those below.. 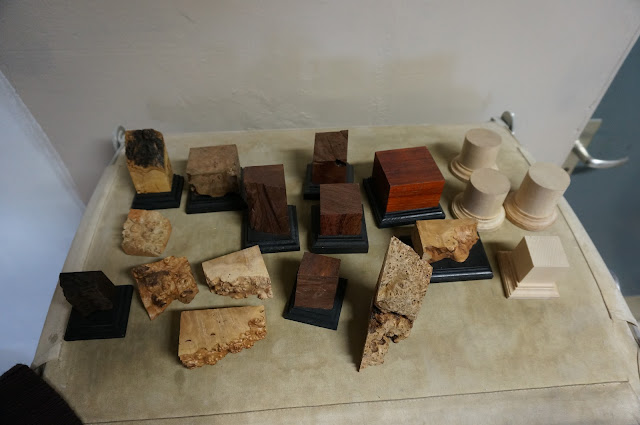 I know that Steffen might read this, so apologies! By the time the shop and models bit was done, my cash reserves were already low! So will have to look at ordering some of these later on as they were truly unique and of high quality!

We we also able to shop from ForgedMonkey directly.. as Raffa was working hard in the studio on his many projects for upcoming competitions.. but he did put aside some time to set up shop for us to browse his works! Have to be honest here.. I dished out a bit of cash here to pick up a few of my favorites.. which ones I won't say until I get around to paint them and can show them off first! 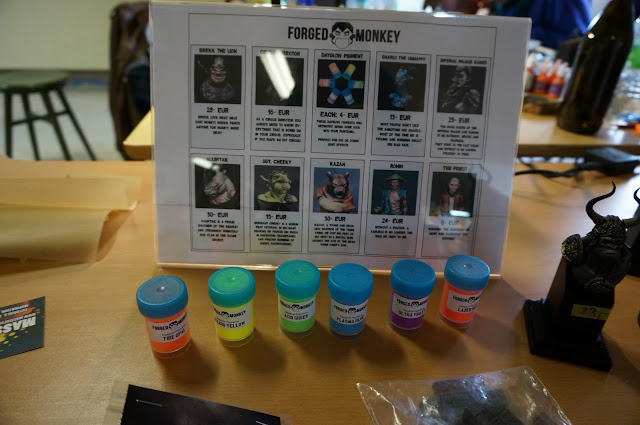 So in the end, I learned more about how to do up some basing ( that can be used for display and gaming alike! ), where I can push my painting further ( MOAR CONTRAST!!! ) and how to create a mood or scene with the 2 combined. Met lots of great people, of whom I hope to keep in contact with. But most importantly though.. I got to meet the Massive Voodoo crew in person! Seeing the other side of the curtain so to speak and seeing how the magic really comes alive here!

Would I go to this workshop again.. no. Sorry, had to say it. BUT only because I am flying in from Turkey and the costs are just too high ( maybe cheaper accommodations next time? Hint Hint ). HOWEVER.. MV don't just do beginner classes.. so I do see myself going back but it would be more for their more advanced class of BAM ( location now determined yet as there are many to choose from in the coming year ) or even just head to Augsburg itself and set some sort of private lessons up instead. Which was basically what this beginners class was in the end considering all the 1 to 1 assistance he was dishing out to everyone!

In the end, I highly recommend this workshop to everyone who wants to try something new, wants to push their abilities a bit further, or just want to hang out with other like minded individuals for a weekend and paint up a kick ass model!

He says that he can only take so much credit due to the fact that we were holding the brushes, but I do believe that it takes someone with patience and teaching ability to unlock those skills in others. And as mentioned above, the 1 to 1 attention he gave ( or I forced him to give? ) was very much appreciated. Really helped me to know why I was not getting the result I wanted instead of just being told to do this or do that. Means I can learn a bit on my own outside the class as well ( in theory! ).

So final thanks to everyone there. Thanks for putting up with this Canadian invading your German workshop. For allowing Roman to switch to English and not remind him to switch back to German at times. And to the MV crew in general for their help and guidance throughout the weekend! Until next time... 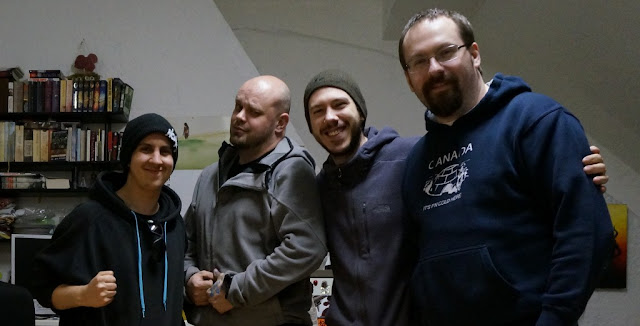 *Unless your name is Bene.. in which case.. get back to filling pigments containers! :)
Email Post
Labels: Germany Painting Class Review Workshop