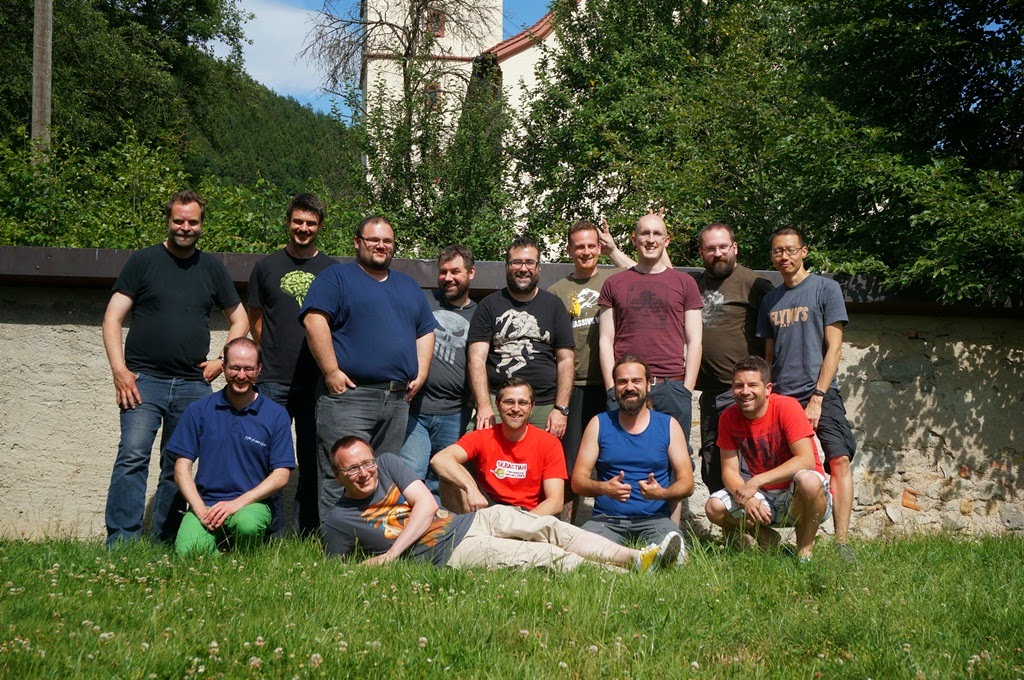 For this workshop it was off first to Stuttgart by plane, before heading down to Blumberg by car with Phil and Peter.. who be they? Well just members of the Massive Voodoo crew, and also Phil is the man behind the legend that is Putty and Paint!

The weekend started out great with some late night painting at Peter's place before we headed down to Blumberg for the actual workshop! 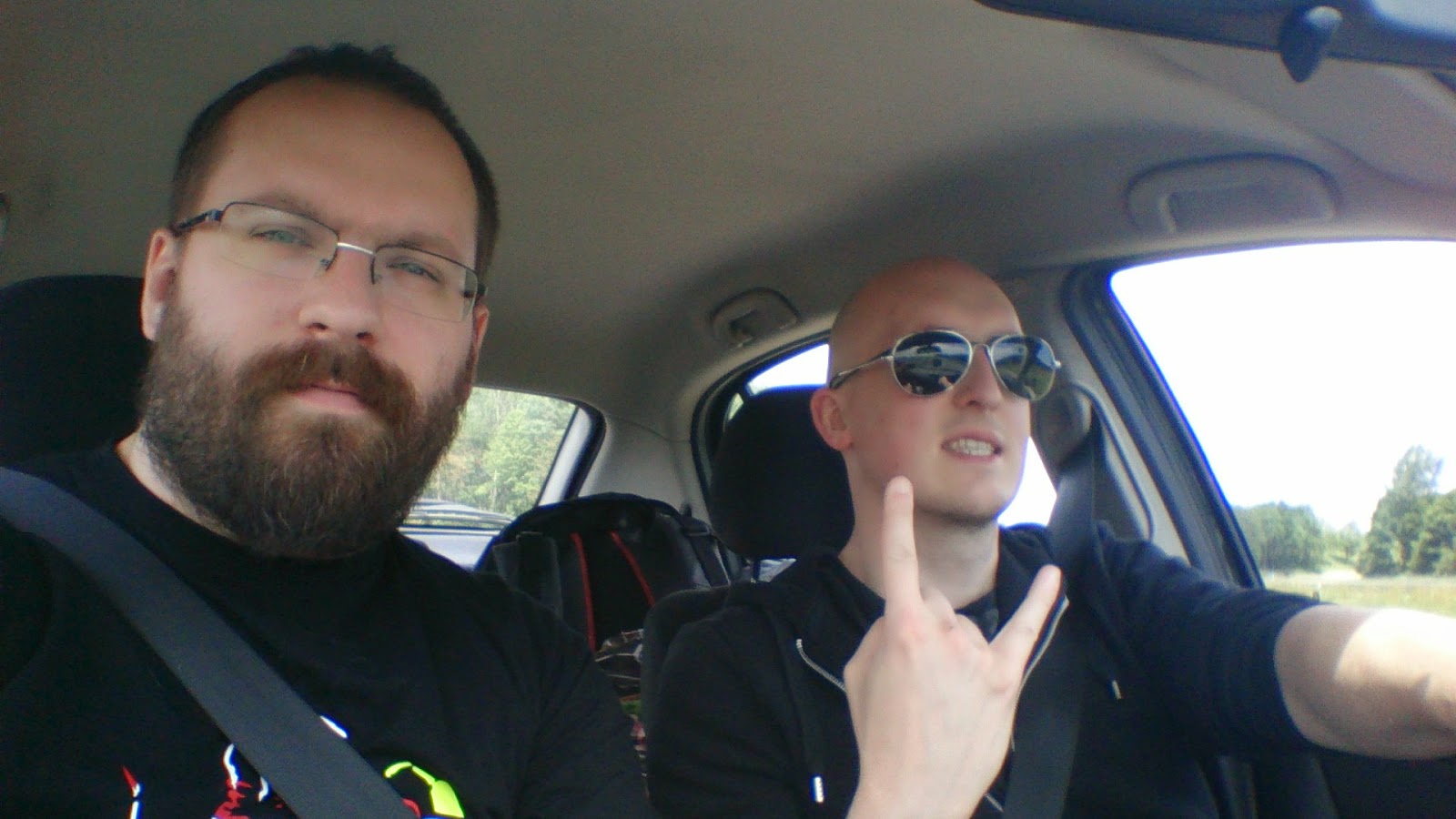 Most of us were well rested and ready for the roadtrip.. others.. not so much.. 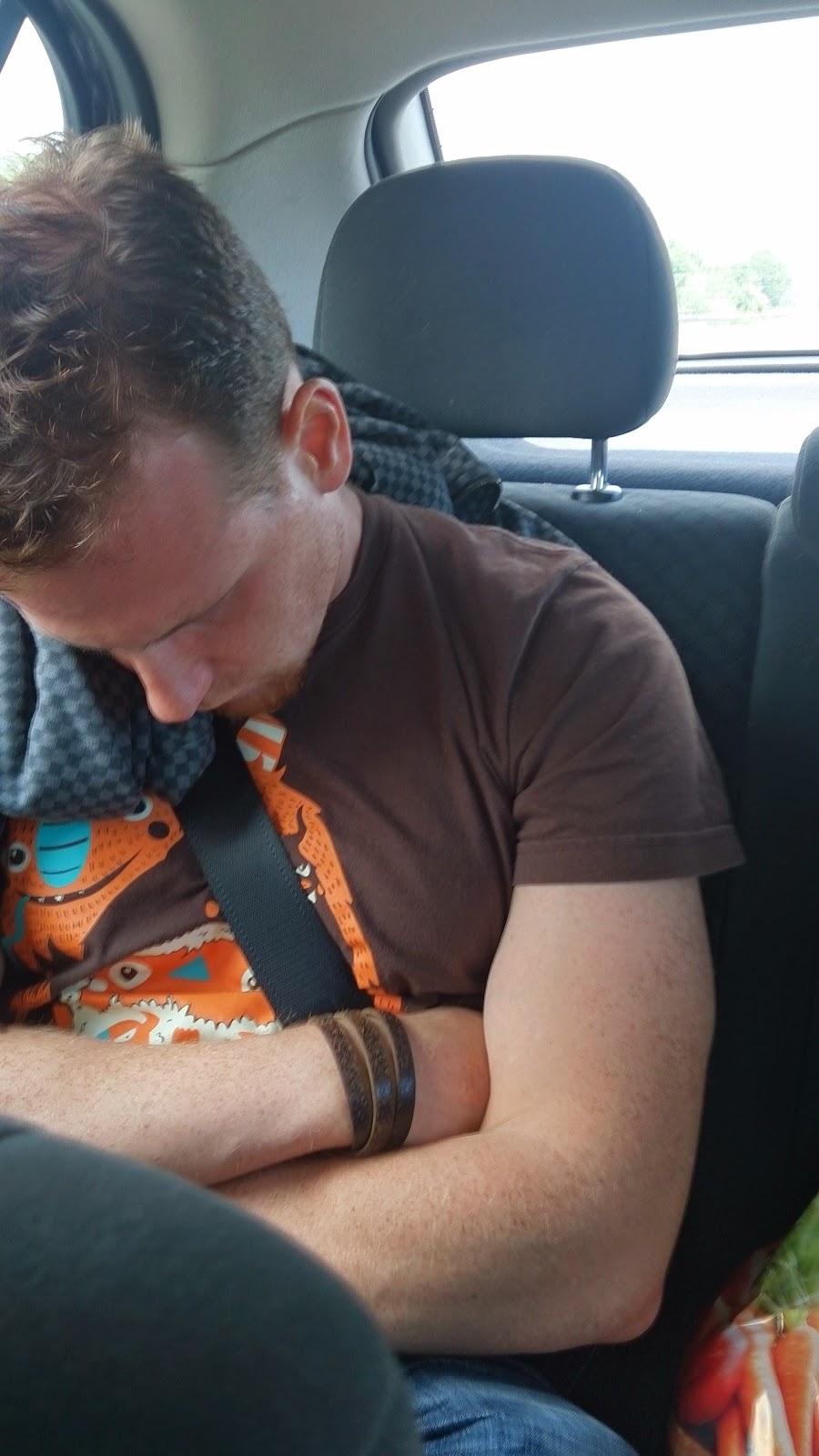 But we were all full of energy as soon as we arrived and begun to get settled into the villa that the workshop was happening in. 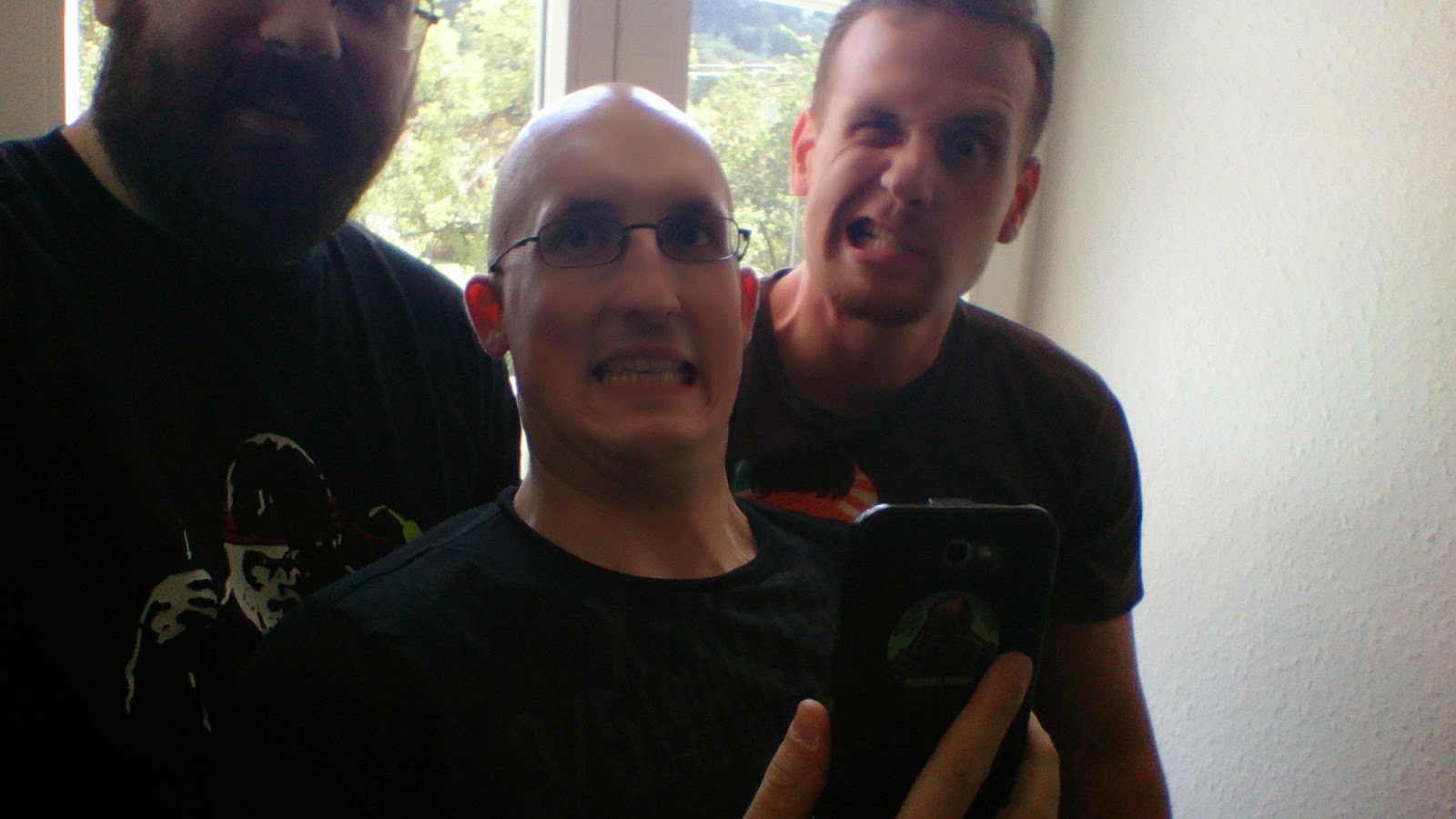 Seems sleep does strange things to a body then... 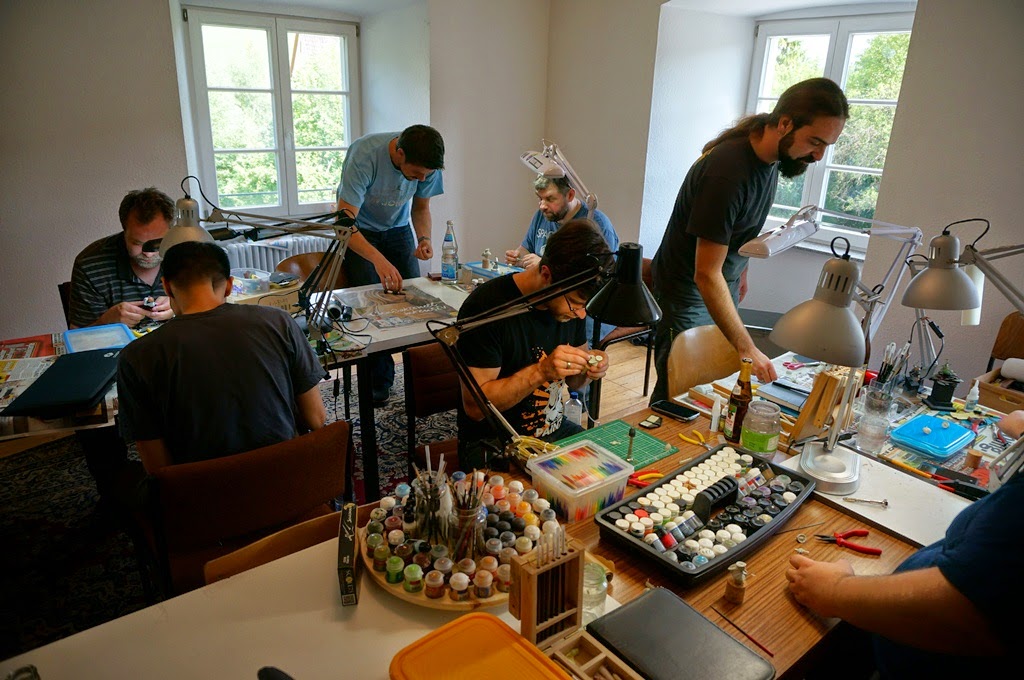 Before long though people were setting up their tables and painting areas. Getting out their paints, and brushes, and settling in to get their paint on!

The piece that we would be working on would be the Crusader Bust from Heroes&Villians, and painted/taught by Fernando "Man with the Ham" Ruiz!

Goal was primarily on the face itself, and to understand some of his legend... wait for it..... dairy wet on wet painting style! I have used/learned something like this in the past ( Massive Voodoo Jarhead's beginner class for example ) and have tried my hand at using third party materials like Retarders to increase the staying time of the colors also. But this style was truly unique, and although you can see it on his Tutorials on the H&V website; it is something completely different to see it in person! 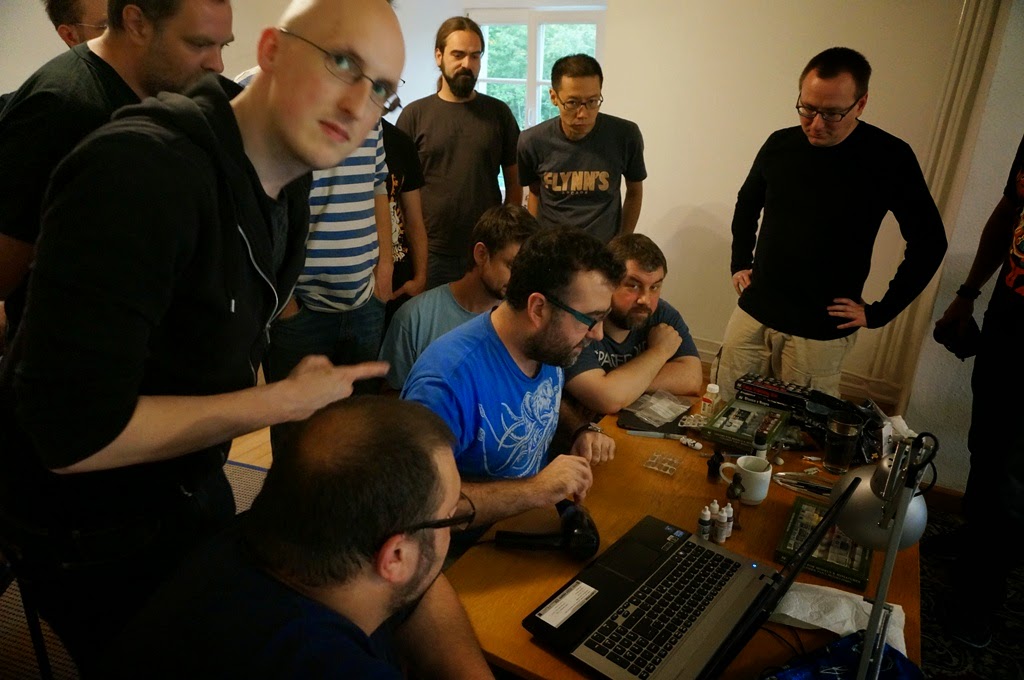 Even veterans like Peter were super impressed and in awe of his skills! 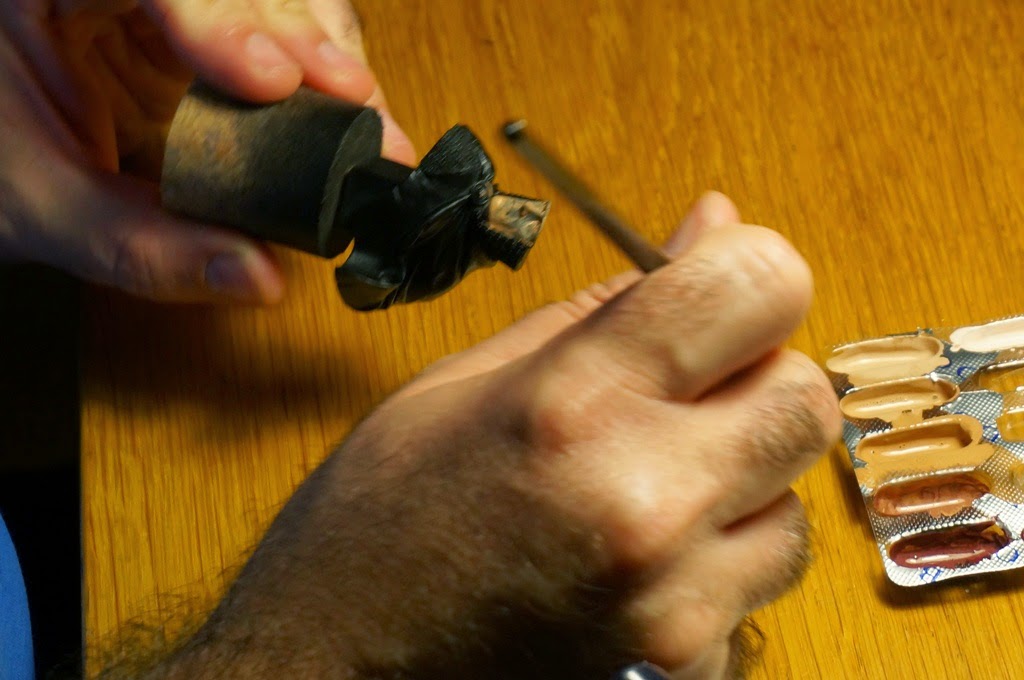 FeR doing a demo on the basics of applying the main colors, and starting in on the wet on wet. You can also see what kind of palette for the paints is available.. I think the medical coverage in Spain must be great considering how many he had kicking around for everyone to try out and use throughout the class! 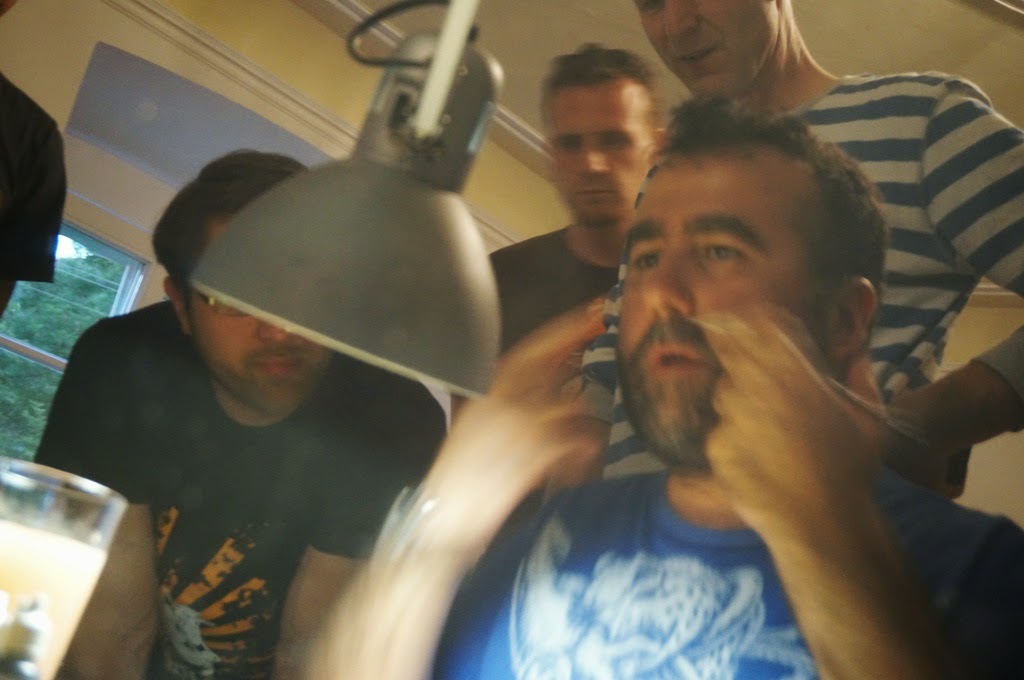 Throughout the class FeR also provided examples with either his face or others on where and why light/shadows should be when painting the bust. Due to the way in which the lights sat, it was quite easy to just look across the table to another painter to use them as a reference.. so long as they didn't have a beard of course.. which.. well.. many of us did!

Mind you Peter was a great test subject, and also helped with regards to light placement for shiny helmets! :D 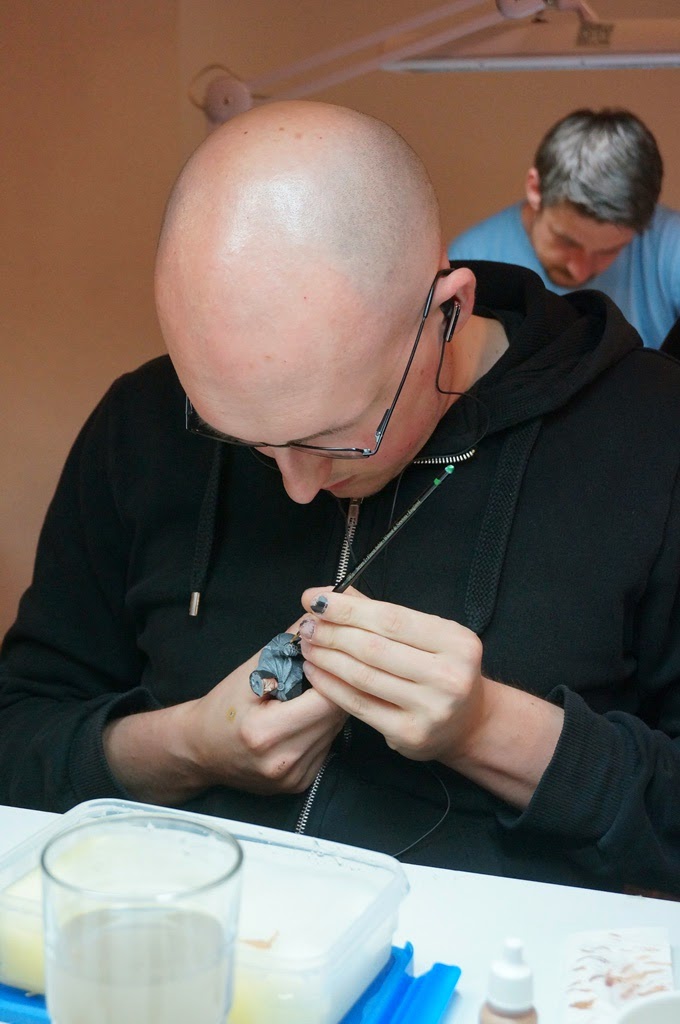 I kid.. and he knows.. And was more than happy to play "spot the light" for our busts! 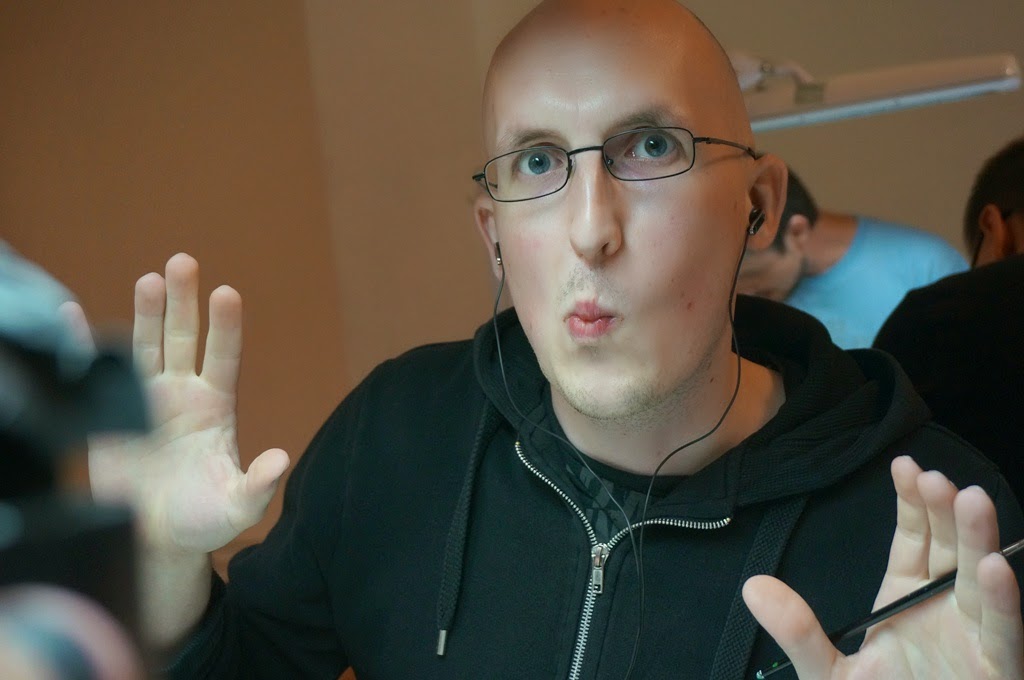 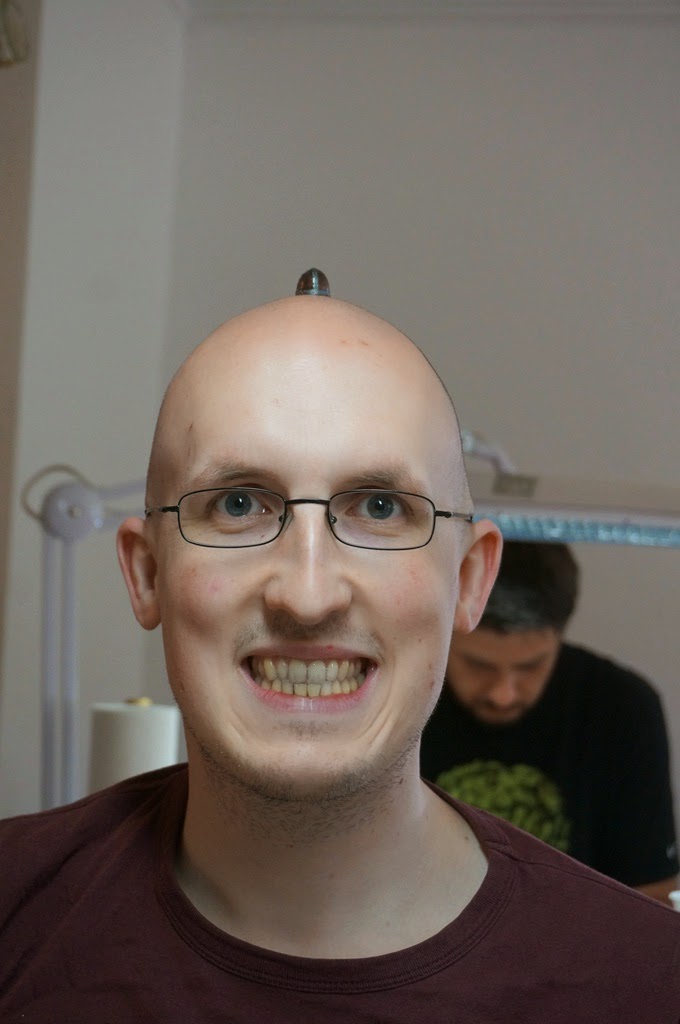 There was a ton of theory that we all had to go through, but it was on the painting itself. Nothing about color theory, contrasts, or that sort of thing. These we should already know or learn elsewhere. No! This was about the history of the bust, what colors represented what in the old days, and what kind of symbols or iconography we could use to represent other aspects.

For mine.. I was not really up for a full on freehand ( still scares the begeezes out of me ) so decided to go with something a bit more interesting ( and aligned with recent holidays ). I went with a tartan motif for the surcoat. Have to say.. freehand might have been easier ;)

More so when FeR comes out with his massive collection of PDFs containing many photos of different styles and their meaning. Showing that those in the past were a bit more flamboyant than we are today. 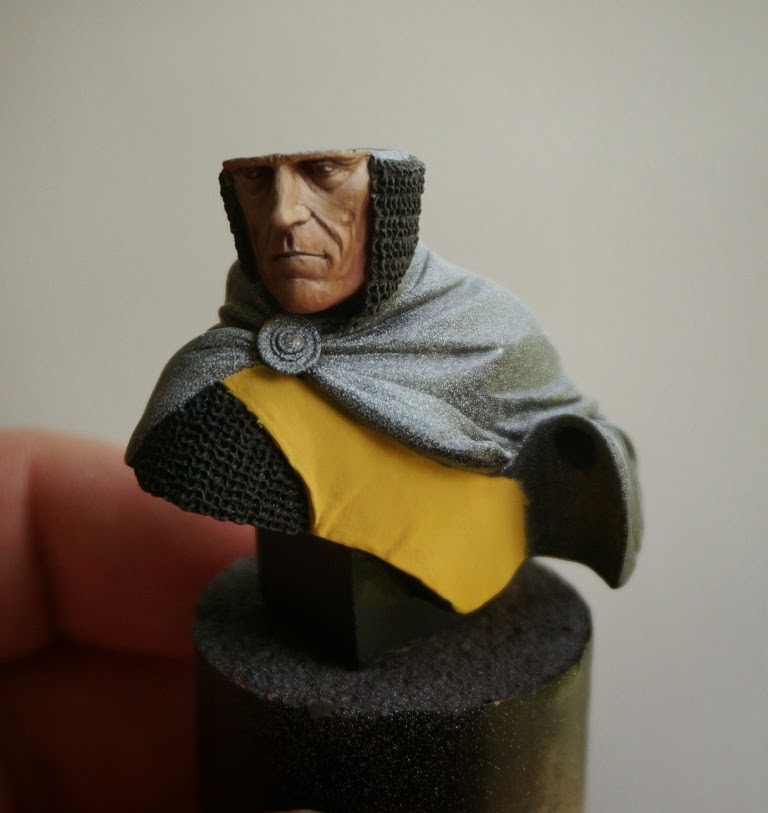 But it all starts with a good clean basecoat of the primary colors for the pattern. And this was another aspect that we dove into so hard with regards to learning the wet on wet.

What was funny is that FeR was on a roll with regards to painting these up! I think his demos continued for quite a while and helping others get theirs started! But to get a great blended light to dark situation, was taking him barely 20 minutes a piece!

It was at this point that the light at the end of the tunnel was a bit more clear for all as we had spent so much time on the face that we were not sure if we would be able to paint anything else! But it seems FeR has been around for a while doing this, and knows his stuff! And his timing! 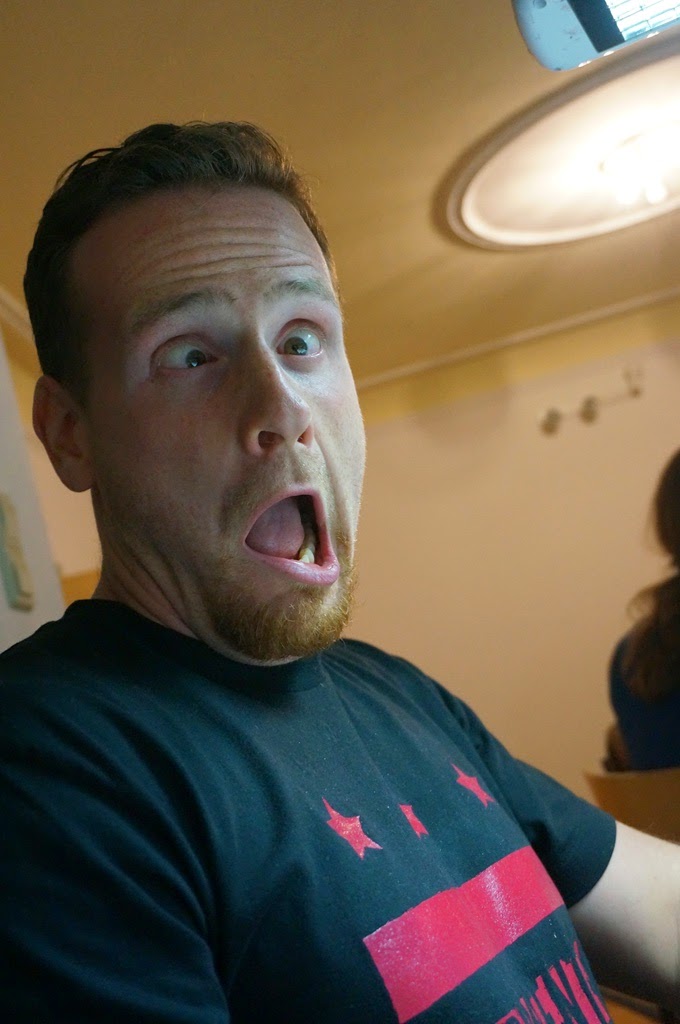 It did make a few people crazy considering how fast he was painting things up.. but we all progressed all the while.. 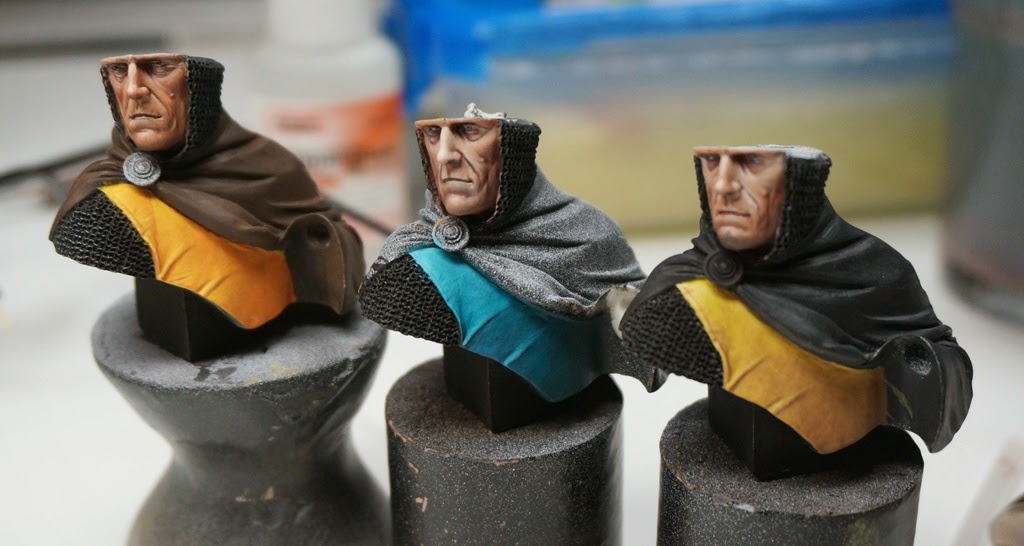 Phil's, Peter's and my own Busts standing at attention.. ready to get our freehands on! 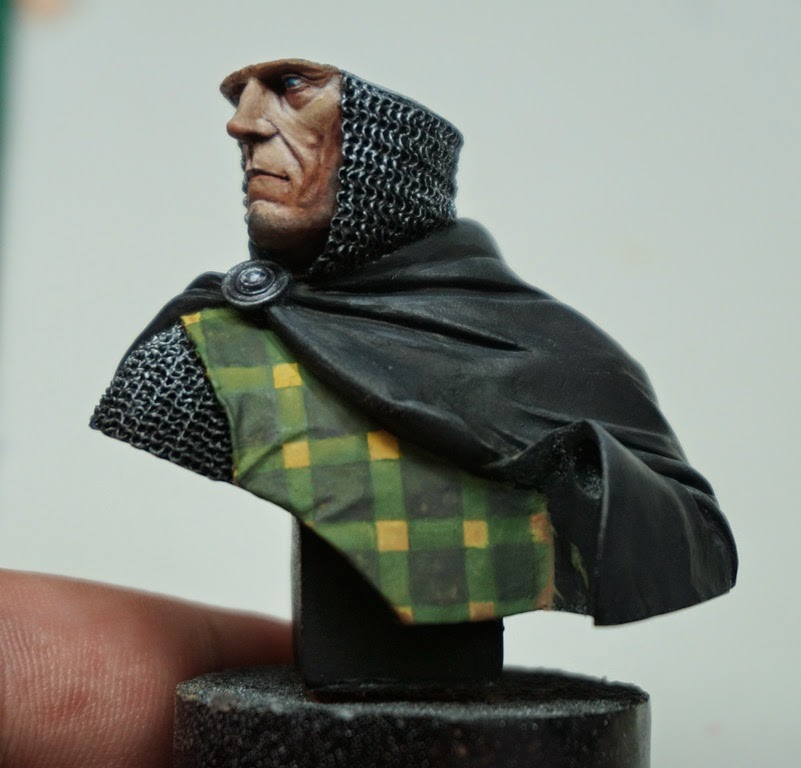 The beginning of the tartan pattern.. that FeR had started up to get me going and let me loose upon the model to finish it up. Still quite rough at this point as I work to clean it up a but in places!

It was also here that we decided to switch the cloak from black to brown. As it would fit in better with the pattern on his surcoat. 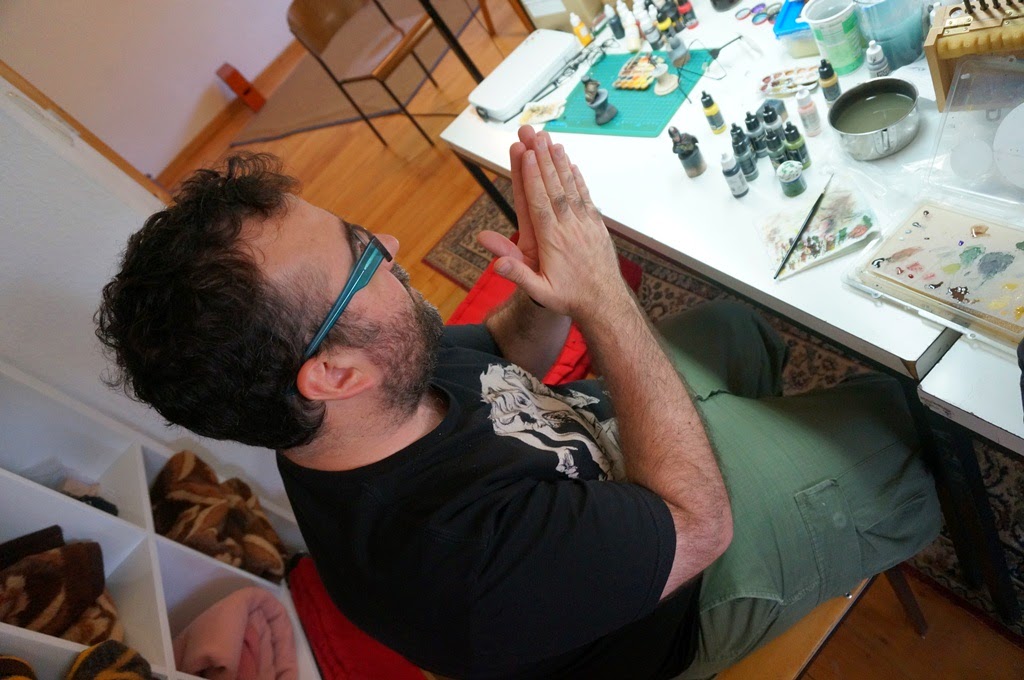 Around this time FeR was praying for more patience to deal with all the flys that had happened upon our workshop. Hoping that they would buzz off if possible... 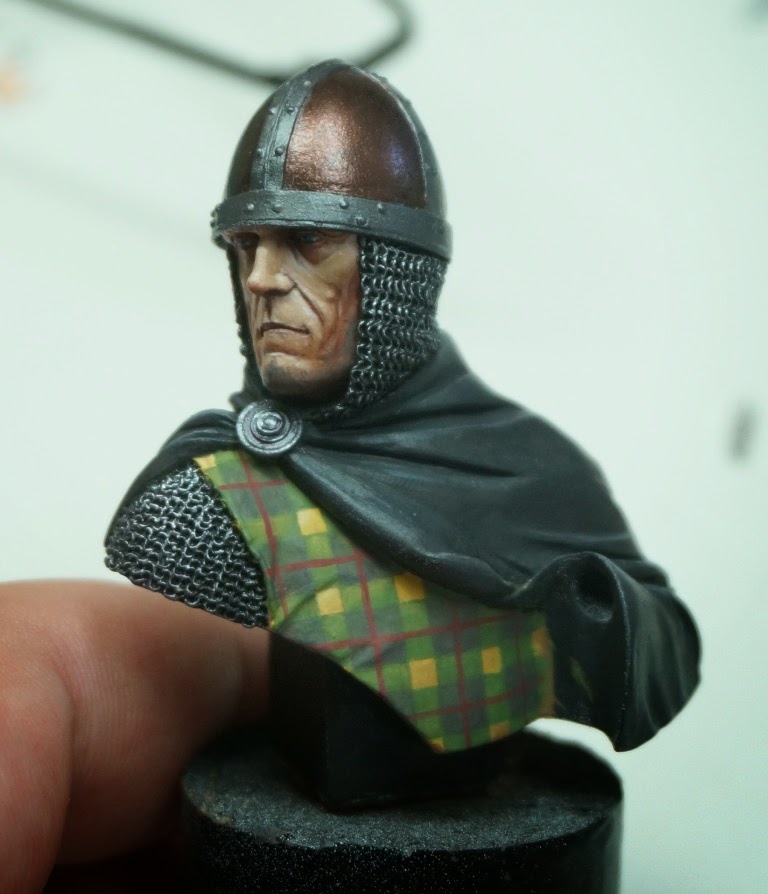 After some fixing of the pattern, and then starting on the helmet, we would take another shift with the model. Instead of going with pure metals on it, we would switch the bronze for leather, and give that a go instead! A good move I think overall, and going to show that it is just paint in the end, and can be done again if the initial result was not satisfactory! 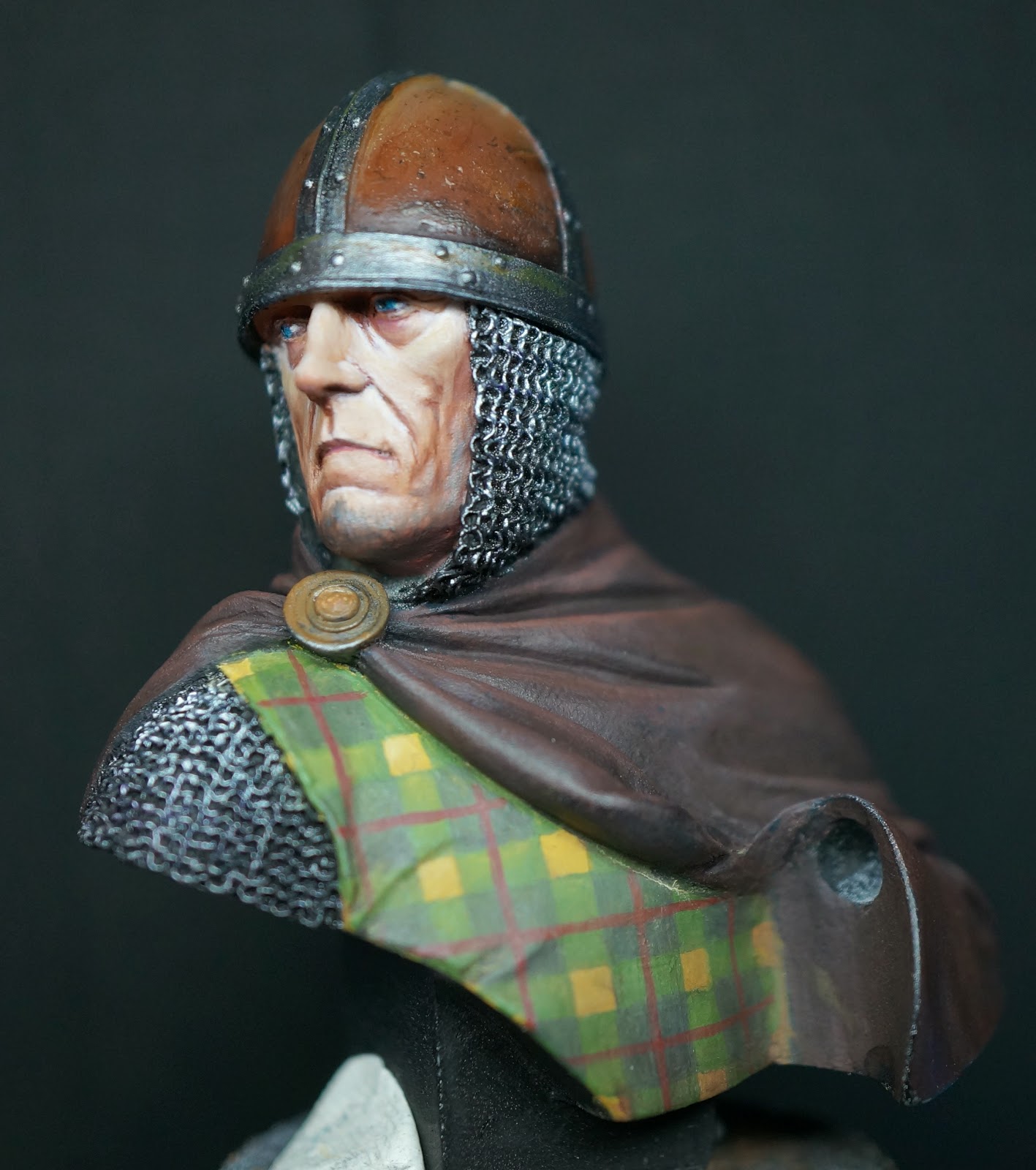 The current status of the piece from home now.. where the piece is starting to look as one, and is giving me a great sense of satisfaction overall! Now to buckle down, and get it finished!

Thanks again for all the good times... and for the good well wishes at the airport as well upon leaving the country! 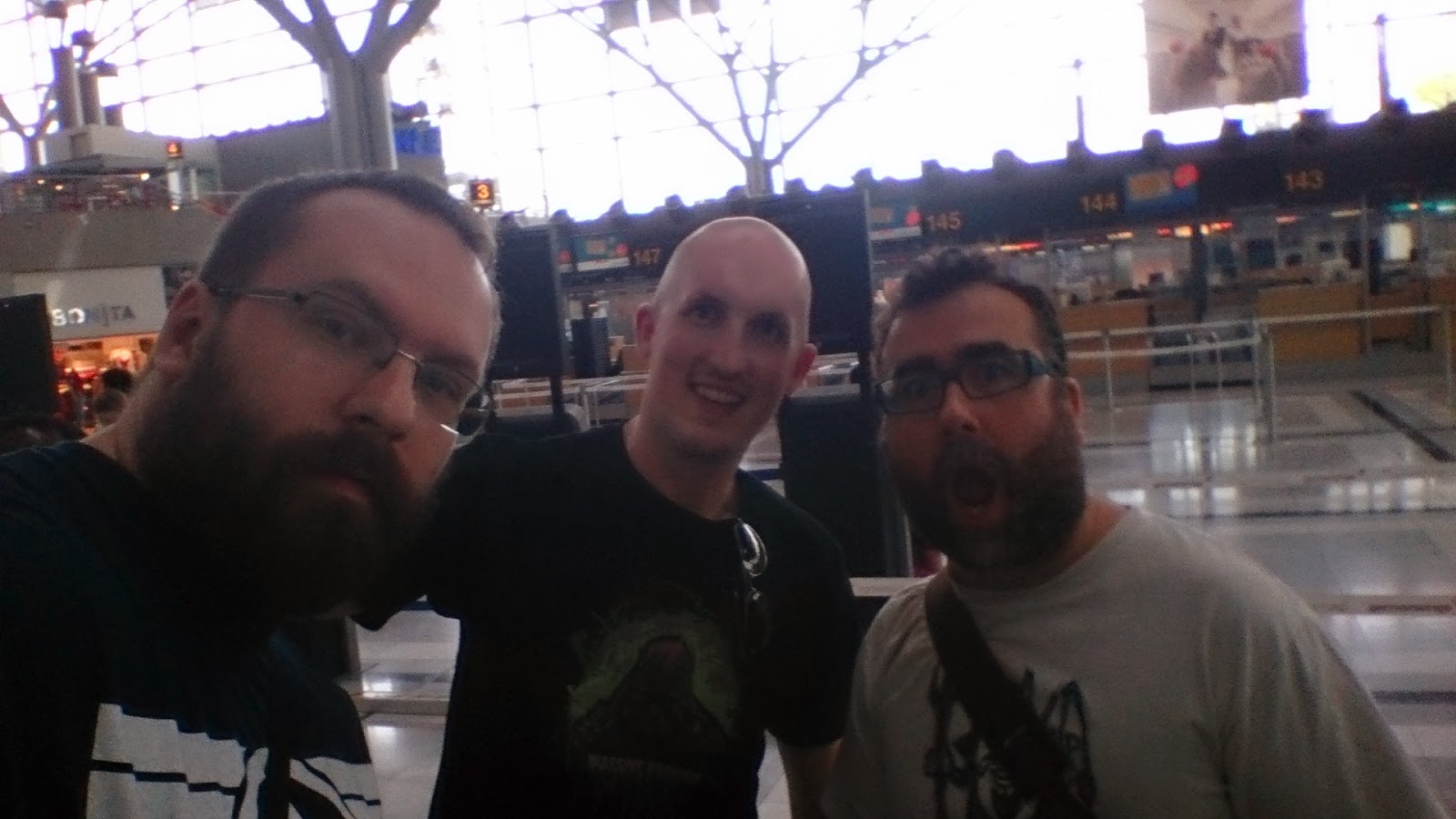